Harvard Thinks Big 4: What You Missed 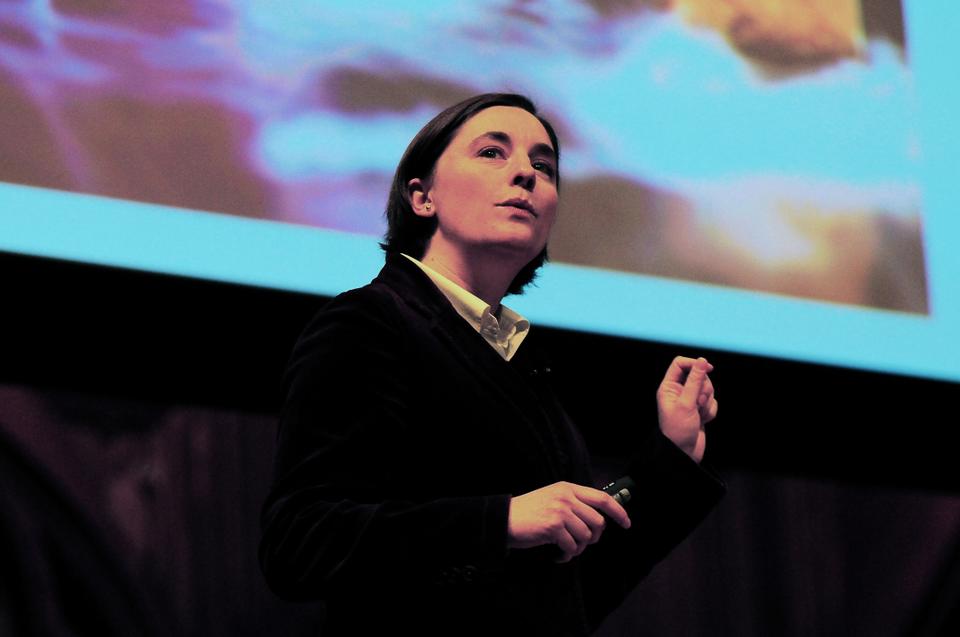 Harvard Thinks Big rang in its fourth year on Thursday, featuring seven celebrity/professor speakers with 12 minutes each to present the next—you guessed it—big idea. Although Drew Faust couldn't make it (allegations were made that she was off in LA lobbying the Academy of Motion Pictures for Lincoln), people still packed into Sanders Theatre to attend the event, one of Harvard's newest traditions.

In case you missed it, here is our tl;dr version of the two hour event.

Professor of the practice of statistics

In 1865, a chocolate maker's longevity was 73.6. A professor's was 66.6 and a student's was 20.2. What this tells us is that chocolate is always the answer, conditioning is the soul of statistics, and without regression towards the mean, the world would be filled with 10 feet giants and 4 inch people.

According to Kant, art can communicate that which doesn't have a name yet. That somehow involves the mayor of Bogota replacing cops with pantomimes to direct traffic, which actually correlated with a decline in traffic accidents and homicide rates. Apparently, the shock value of clowns, and public art, reaches across nations.

Mammals suck (milk) way better. Milk is a magic potion, and is literally filled everything and anything an infant will need. It can prevent obesity, save up to 1.5 million deaths from diarrhea by contributing healthy gut bacteria, save premature babies—essentially everything short of curdling when in contact with lemon.

Roberto M. Unger: "No One Should Have to Do Work That Can Be Done by a Machine"

Unger envisions a world where machines do everything that we can repeat, so we can preserve our supreme resource of time, to focus on what we cannot repeat. And when that happens, we shall achieve what we all desire, which is to die only once. Can you feel the chilling grip of dystopia?

Professor of Classics and of History

Dench loves dead people, and especially Romans, because first of all, they're all dead and spoke Latin, which is a dead language, and secondly, because they are connected to us. The evidence is astounding: the Roman general Cincinnatus inspired the name for the city Cincinnati, the Romans had pet dogs and we have pet dogs, the Romans had pet children for prostitution, and while we don't quite have that, we get the point.

After finding the jackfruit, which produces 3 tons of food every year without pesticides and fertilizers, Ryu has set out to make it the next big thing. Thanks to her company, jackfruit will soon hit national supermarkets and a Jackfruit Institute will be established in India. Do you hear that? That's the scream of a dying acai fad.

Puett hates his generation, berating it as completely complacent, and is sure that within the next few years the fundamental problems ignored by his generation will result in ecological, economic, and psychological disasters that only we—our generation—can fix. So stop looking around, because Puett's looking at you.