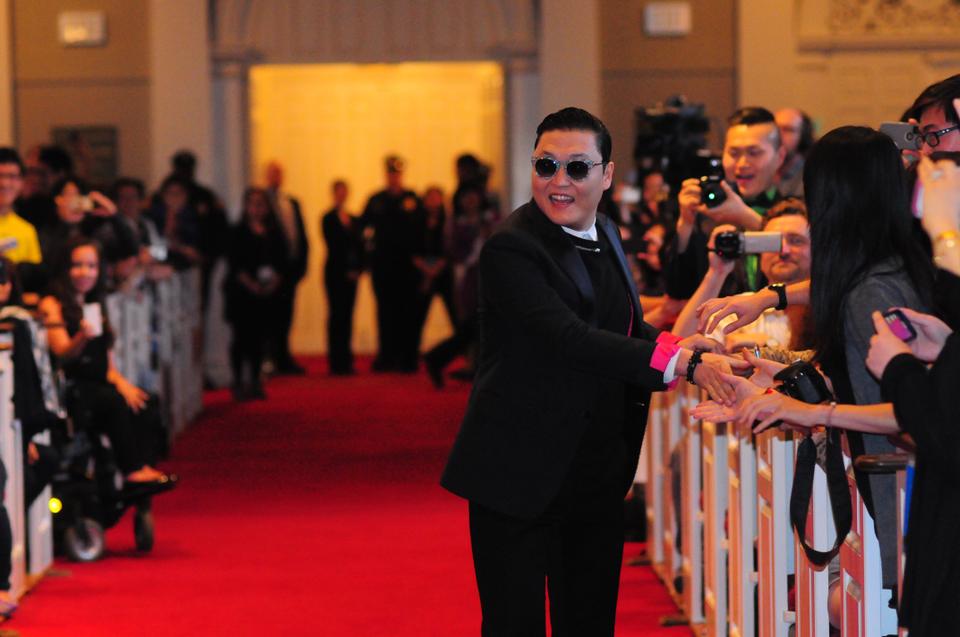 Korean pop star, Psy, visits Harvard on Thursday night. The singer, famous for his YouTube hit Gangnam Style which has over one billion views, spoke about his worldwide rise to fame, and his future goals for his career. He entertainted the audience with occasional dance moves and humorous stories. By Christine E Mansour

Korean pop star Psy is in an elite club of artists with over one billion views on YouTube for his hit song “Gangnam Style.” However, earlier this month he became a member of an even more exclusive club. That’s right, the Harvard Club of Korea made Psy an honorary member for his contributions towards “raising awareness of Korea around the world.”

Psy’s love affair with Harvard started back in May of 2013, when he gave a speech at Memorial Church about his career as a singer and the success of “Gangnam Style.” Nearly 800 students attended his talk, during which he shared funny anecdotes, such as the time he had a bad case of diarrhea. At the end of his talk, he gave everyone a free boxed Korean dinner as a form of thanks for coming out the night before the first day of finals– we see you, Psy, gaining the affections of Harvard students maxed out on swai and golden nuggets.

Though Psy actually studied at Boston University and Berklee College of Music and said that Harvard “felt a universe away” during his collegiate days, he can now attend swanky Harvard networking events and alumni parties as a member of the Harvard Club. Take that celebrity parties!

However, it turns out that you don’t need two billion views on youtube to be invited to join the Harvard Club of Korea—according to the organization’s website, “all members of the Harvard community” can become a part of the club. Although we at Flyby are very tempted to join so we can network with Psy and snag some free YouTube advice, we’ll wait until he announces dancing classes before buying a full membership.