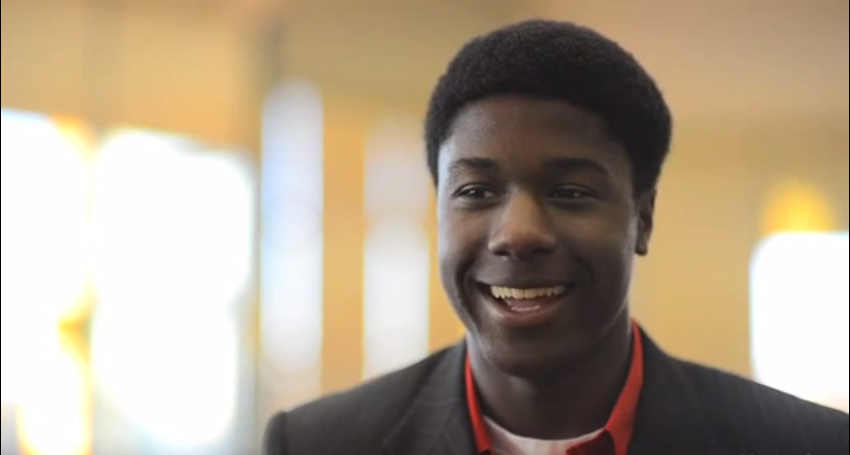 Did you think you were special when you got into Harvard? Maybe you were, but the bar has been raised. Kwasi Enin, a high school senior from Long Island, New York, got into all eight Ivy League colleges. That is the new gold standard, and we all fall short. Welcome to mediocrity. This is absolutely insane. What does one have to do to get into all eight Ivies? Who even applies to all eight? Seriously. Many of us actually want to know so we can start planning for our children. Music lessons and community service straight out of the womb? On it. Enin has the opportunity to dictate how a whole new generation of overachievers is raised.

While we all go about our day living in Enin’s shadow, we can’t help but wonder which school he will choose. Despite our newfound self-doubt, we’d all like to believe Harvard is the obvious choice. The other Ivies are great to varying degrees obviously, but come on. It’s Harvard.

Well, he won’t feel like a freak here. He wouldn’t be another small fish in a big pond like many of us, but he would be a medium-sized fish, at the very least. We have Bill Gates, Mark Zuckerberg, and JFK as just a few of our alumni. Kwasi who? His genius and success would be celebrated, but odds are the average person could name several such “celebs” who go here. On the other hand, who can think of anyone who has ever attended Penn?

Of course, maybe that’s not want the kid wants. This kid already has Facebook celebrity written all over him. One post in the Class of 2018 Facebook group, and his fate would be sealed. Who doesn’t want that? You can imagine all the texts flying during the first week of school between awkward new roommates: “HOLY CRAP I just saw that kid who got into all 8 Ivies in Annenberg!”

Harvard is the only place where Enin’s success could simultaneously be hugely admired and not too out of the ordinary. So congratulations, Kwasi Enin. Thank you for making us all feel inferior. We better see you in the fall.