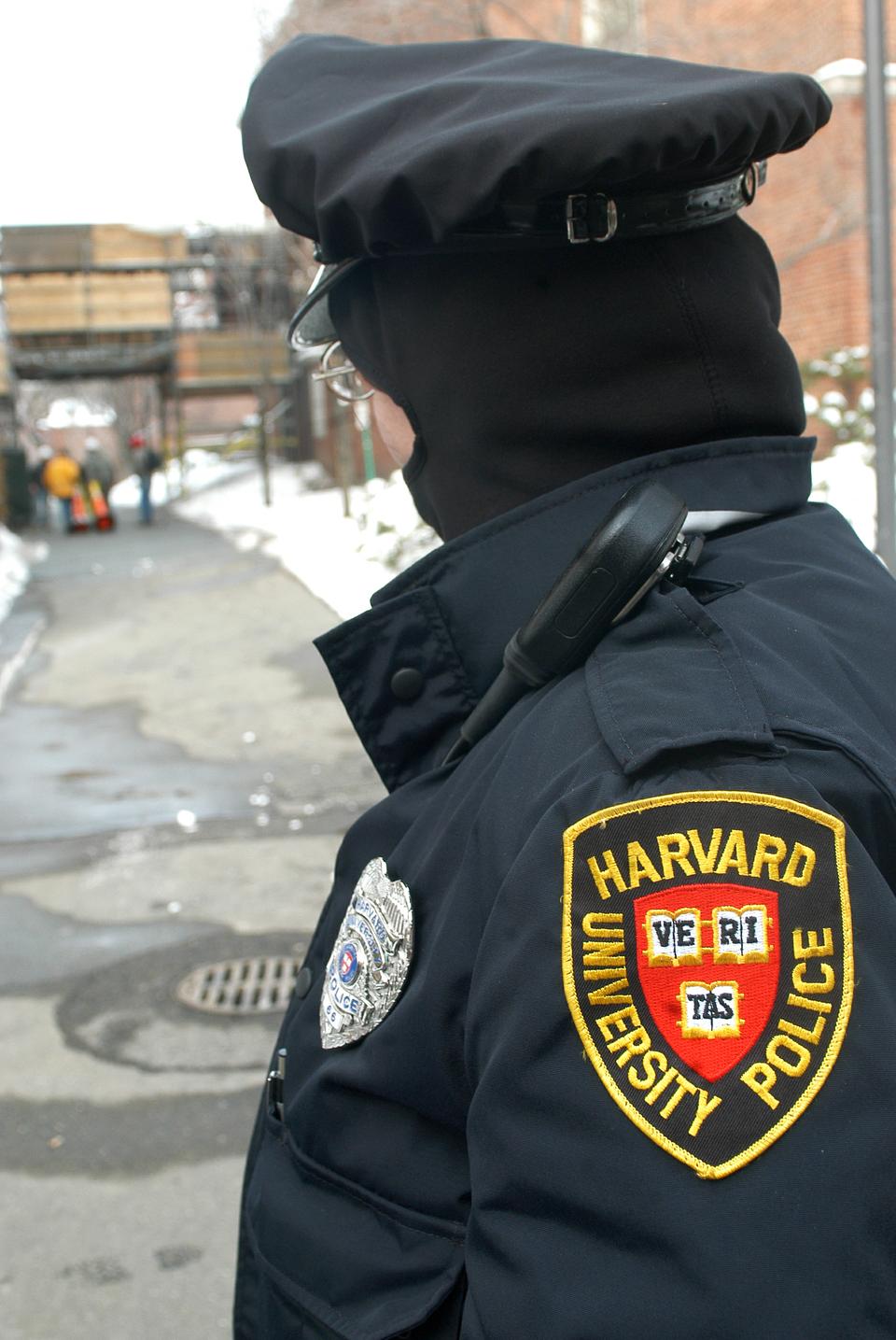 HUPD has had their hands full with us Harvard students over the past few weeks. Between getting locked out of our rooms, our frequent late-night debauchery, and pleas to spare us from the prying eyes of tourists, it seems that a lot's been going on around campus. As part of our Securitas Series, we've combed through recent HUPD logs and published some of the more colorful entries below.

March 2, 2014
Officer dispatched on the report of a male who had urinated on the welcome mat outside of the reporting party's room. The reporting party stated that the individual was startled and fled the area after they opened their door.
You’re Not Welcome Here.

March 3, 2014
Officer observed an two individuals pushing a large piece of equipment, under a sheet to their vehicle. The officer was informed that the individual was given permission to take the ice maker by their supervisor and was sent on their way.
We all scream for ice cream!

March 4, 2014
Officers dispatched to a report that an individual received a suspicious phone call from an unknown individual claiming to be locked out of the building. Officers searched the area for anyone suspicious or locked out with negative results.
Come on, please, I forgot my swipe.

Officer took a report of suspicious activity. The reporting individual informed the officer that an unknown individual had approached them at three different locations, on three different occasions, and sung to them. The individual was instructed to call the HUPD should they see this individual again.
Some people prefer silence to serenading.

Officer dispatched to a report of an alarm clock going off. Officer arrived and turned the alarm off.
The relationship between these roommates is alarming.

March 10, 2014
Officer dispatched to take a report of stolen containers valued at $20, bags of coffee valued at $100, a bottle of olive oil valued at $40 and a block of cheese valued at $40.
Perhaps some departments don’t have a high enough catering budget for advising fortnight.

March 17. 2014
Officers dispatched to a report of noises right outside of a room that was supposed to be unoccupied. Officers arrived and dryer vent was striking the wall causing the noise.
Just when you thought it was safe to go into the basement.

March 19, 2014
Officer dispatched to a report of an unattended backpack with batteries laying on the floor and a sign that said "Closed". Officer reports the items belong to an employee who was working on the bathroom.
Like the bathroom, this case is “closed”.

March 30, 2014
Officer dispatched to a report of the smell of burnt food. Officer arrived and confirmed the odor of burnt food and reports there was no fire or smoke in the building.
Cooking times may vary.