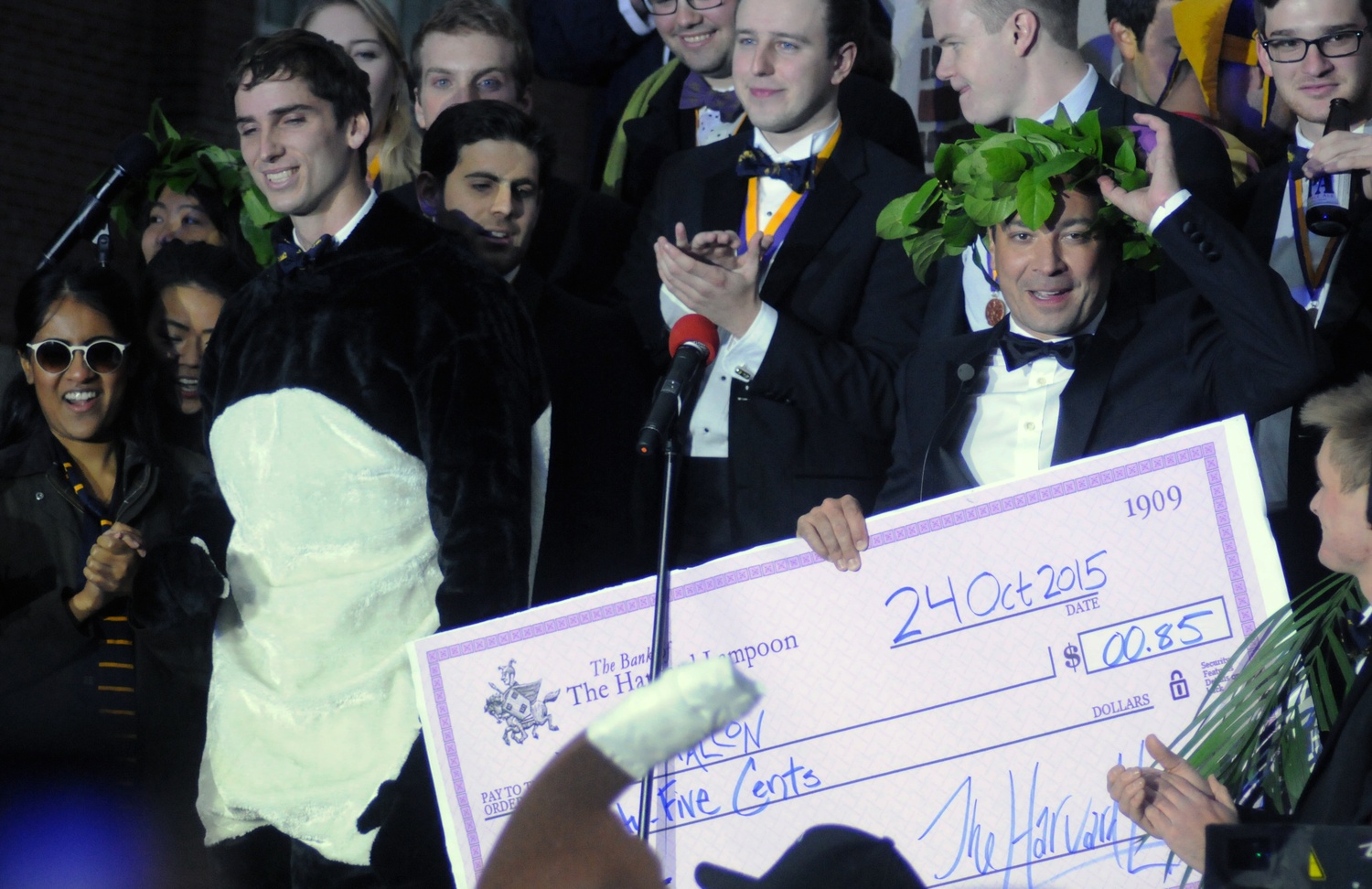 Jimmy Fallon, host of “The Tonight Show,” accepts a check for $0.85 from the Harvard Lampoon on Saturday afternoon. By Saul A. Urbina-Johanson

Jimmy Fallon partied a bit too hard while at Harvard Saturday night and injured his hand, again. Earlier on Saturday, Fallon was awarded the Elmer Award for Excellence in Humor and crowned the “Emperor of Comedy” by the Harvard Lampoon, a semi-secret sorrento square social organization that used to occasionally publish a so-called humor magazine.

During the late-night festivities that followed, Fallon reportedly tripped while holding a bottle of Jagermeister and cut his right hand, warranting a trip to Massachusetts General Hospital. Earlier today, Fallon posted a photo of his bandaged hand on his Instagram, commenting “nothing that a few band aids couldn’t fix.”

We at Flyby wish you a speedy recovery, Jimmy.