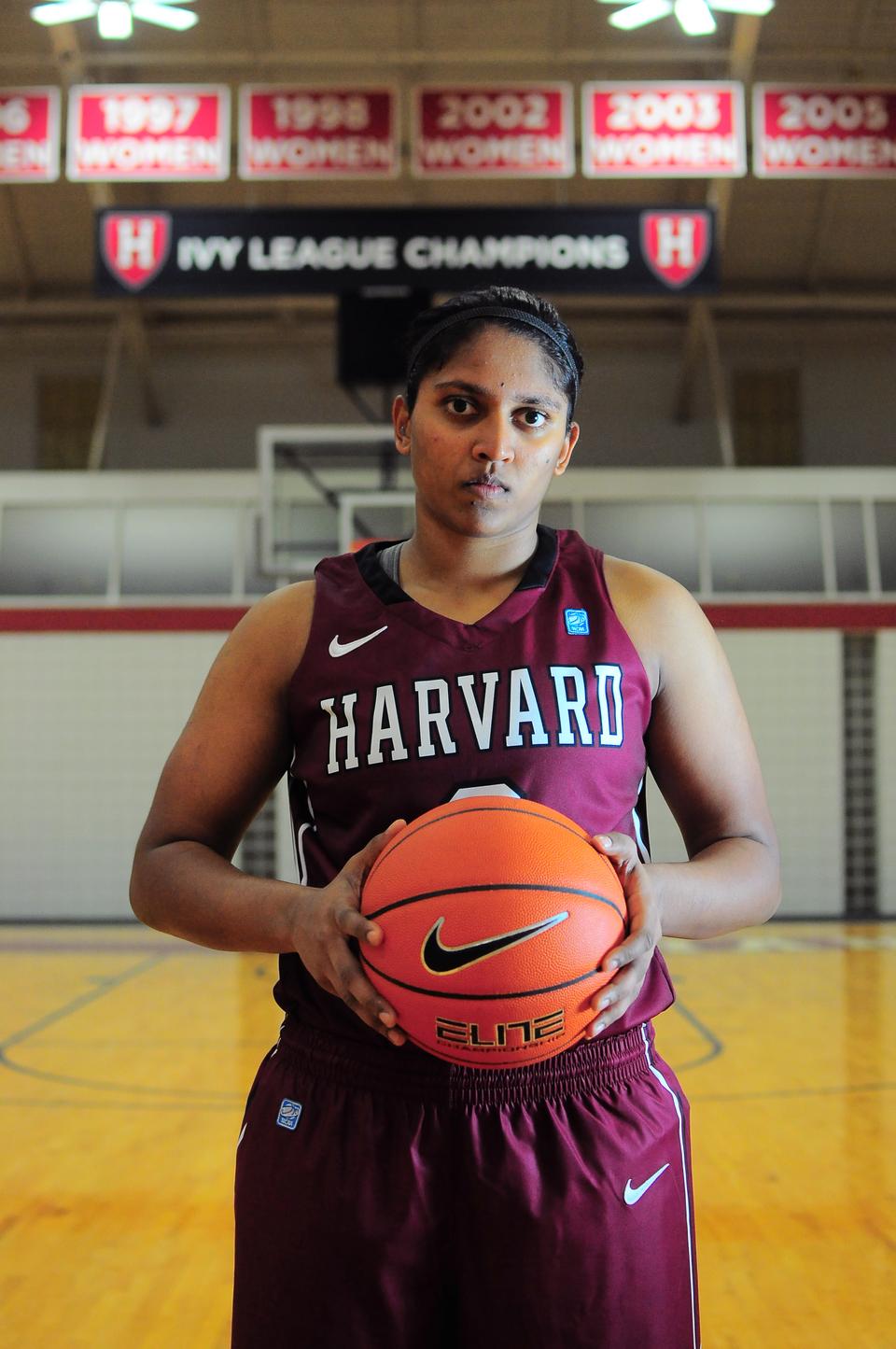 Tummala graduated in 2016, after a stellar undergraduate career as a student-athlete. By Steven A Soto

We all remember the dismay when, as soon as you were liberated from your parents during Opening Days, you meet your proctor. Proctors, practically the first line of defense against underage drinking and excessive partying, play a crucial role in the freshman experience. And while you may only think of your proctor as out-of-touch and out-dated (some are parents, for heaven’s sake), we contend that not all proctors are complete killjoys. To demonstrate, we sat down with recent graduate, Shilpa Tummala ’16, Harvard’s youngest and coolest proctor.

Have you ever been mistaken for a student?

“Yes, multiple times!” Gesturing at her Harvard Athletics jacket, Tummala, who played varsity basketball for four years, admitted. “Although I’m sure it has a lot to do with my attire.”

What are the advantages of being the youngest proctor?

“I think it goes without saying, but the age helps with connecting to my residents! Since I was only an undergraduate two years ago, I totally understand the struggle.”

What are the disadvantages of being the youngest proctor?

“It’s hard to be seen as legitimate sometimes. When I tried to shut down a party in Weld, they had no idea who I was. They literally tried to invite me in!”

Looking back, what's one thing you did as an undergraduate that you would now prohibit as a proctor?

After a moment of silence, Tummala laughed off the question. “I can’t really answer that question! But Harvard is a great place — I seriously love it here. Not only is it a place of growth but also a place of protection. Proctors try to encourage their students to experiment.”

Yeah. Sure. Whatever that means.

During our time with Tummala, we were reminded of the importance of our proctors. So even if they've already busted a few of your dorm parties this year, go to their study break and show your proctor some love.