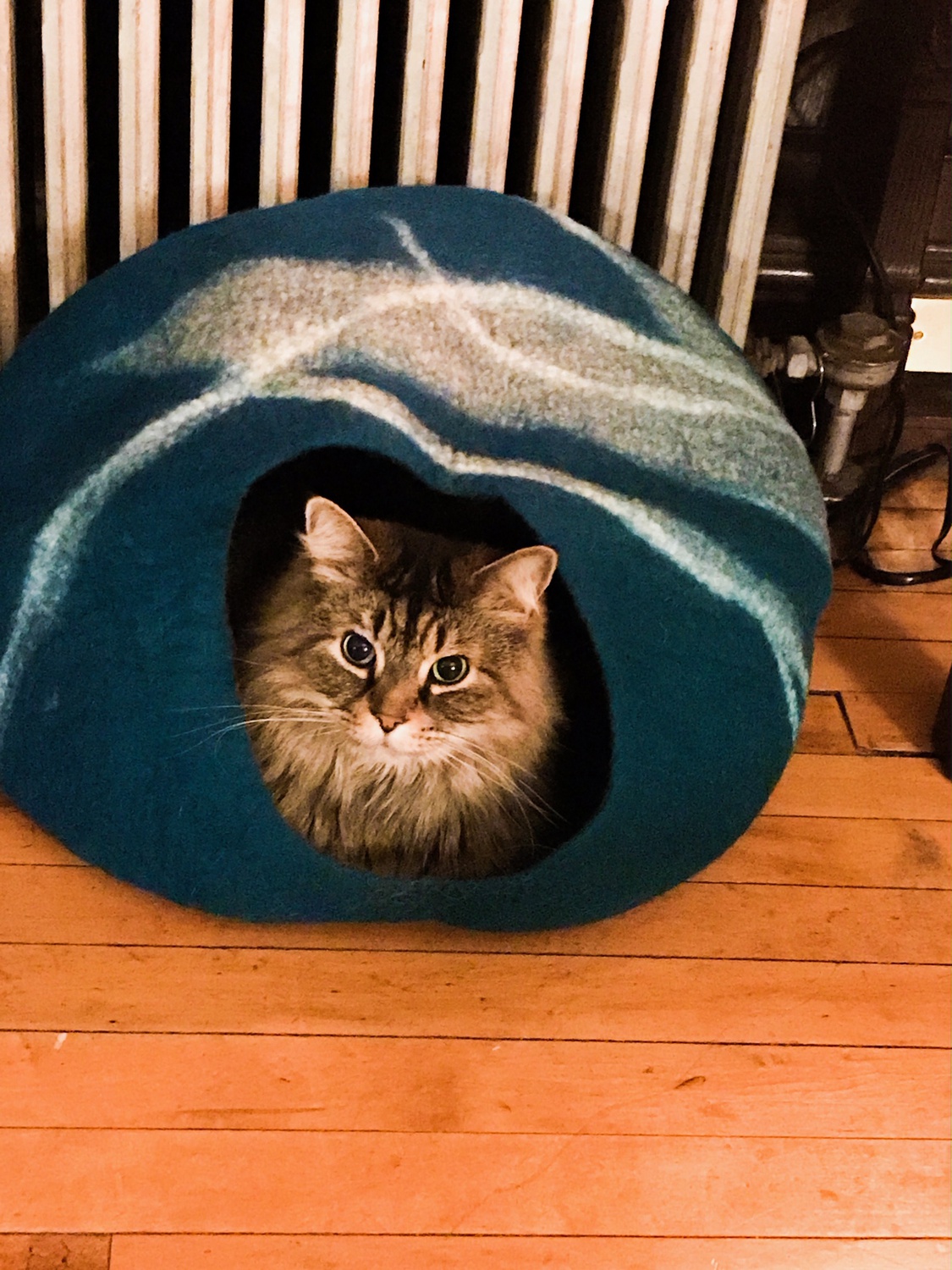 By Courtesy of Aubry Threlkeld

Few can say they’ve spent most of their life at Harvard. Boris the Cat, however, is one of them. Boris Vanderbilt Threlkeld has been a resident of Adams House with his owner Aubry Threlkeld for more than nine years — and for a cat that is now just 10 years old, this is quite an accomplishment.

Threlkeld first began searching for a furry friend of his own when he moved to Adams as a new tutor. “My roommate prior to moving here had cats, and I really liked having them around,” he said. Threlkeld headed to the Animal Rescue League of Boston with the goal of getting a kitten. However, it was there that he met Boris, a “17-pound, long-haired Maine Coon” who climbed right into his lap the first day he met him, and the rest is history.

While Threlkeld admittedly planned to come up with a more creative name for his new companion, the shelter had given him the name Boris and it just stuck. “I said, ‘You look like a Boris, I’m gonna have to keep you named Boris!’”

A true Adams cat, Boris gained his middle name from his time living in the Vanderbilt Suite in Westmorely. And despite being “really afraid of the outside,” he’s done a fair amount of exploring while students are away, even making it all the way to the Adams House library during J-Term one year.

While Boris has never been a big fan of large groups, he still enjoys being an “ambassador” of sorts when any students come to visit. “He’ll come out and want to meet everybody, especially if they’re quiet, but then he wants to go back to his own life,” explained Threlkeld. And while Boris no longer holds office hours like he did during his first few years in Adams, he’s still in high demand from students eager for a chance to babysit or even just feed him. 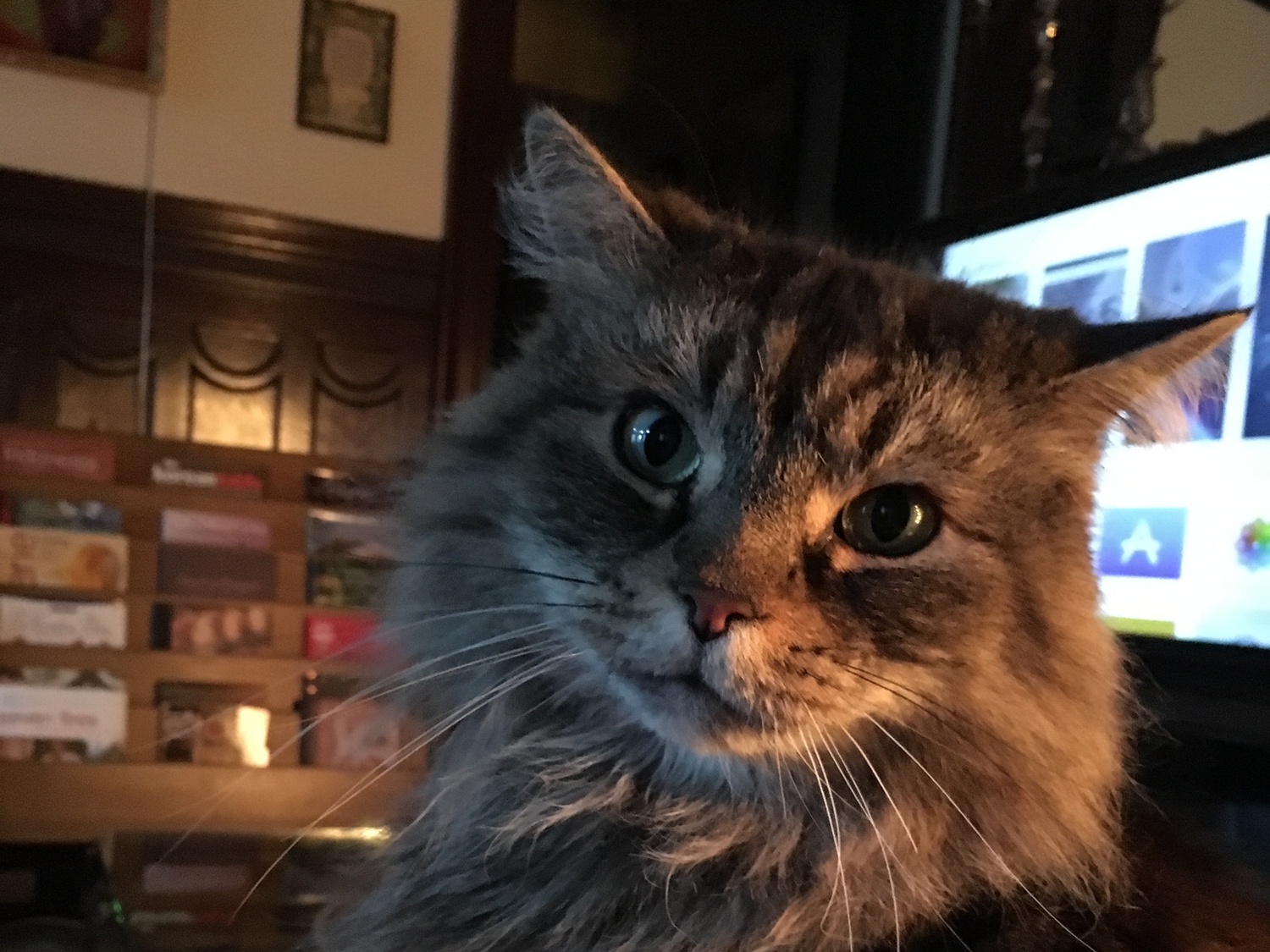 Boris knows how to strike a pose for the camera. By Courtesy of Aubry Threlkeld

If Threlkeld were to describe Boris in one word, it would undoubtedly be “food-motivated.” One of Threlkeld’s favorite memories of Boris is from when they were in his first room in Adams. “I wasn’t really used to having cats around, so I put a big bag of dry food at the top of a set of shelves,” remembers Threlkeld. “I heard a crash at like 3 a.m. — he had climbed all the way to the very top of the shelves and knocked over the whole bag of dried food!” He’s also not afraid to wake up everyone else in the area to make sure he gets his breakfast early in the morning, earning him the nickname of the “kitty alarm clock.”

For Threlkeld, one of the best parts of adopting Boris was learning more about the Animal Rescue League of Boston where he rescued him from. “They had a very good strong sense of the cats and try to match you really well to a pet,” Threlkeld said. “I think if people are ever looking to adopt, it’s so important to adopt a rescue!”

More than anything, Threlkeld has loved having a cat around campus and has even been considering adopting another kitten. For the time being, though, Boris enjoys being in the spotlight — this will actually be his second time in The Crimson, after being photographed for the holiday season nearly seven years ago

Click here to head back to the Pets of Harvard homepage