Pets of Harvard: Fox and Moose 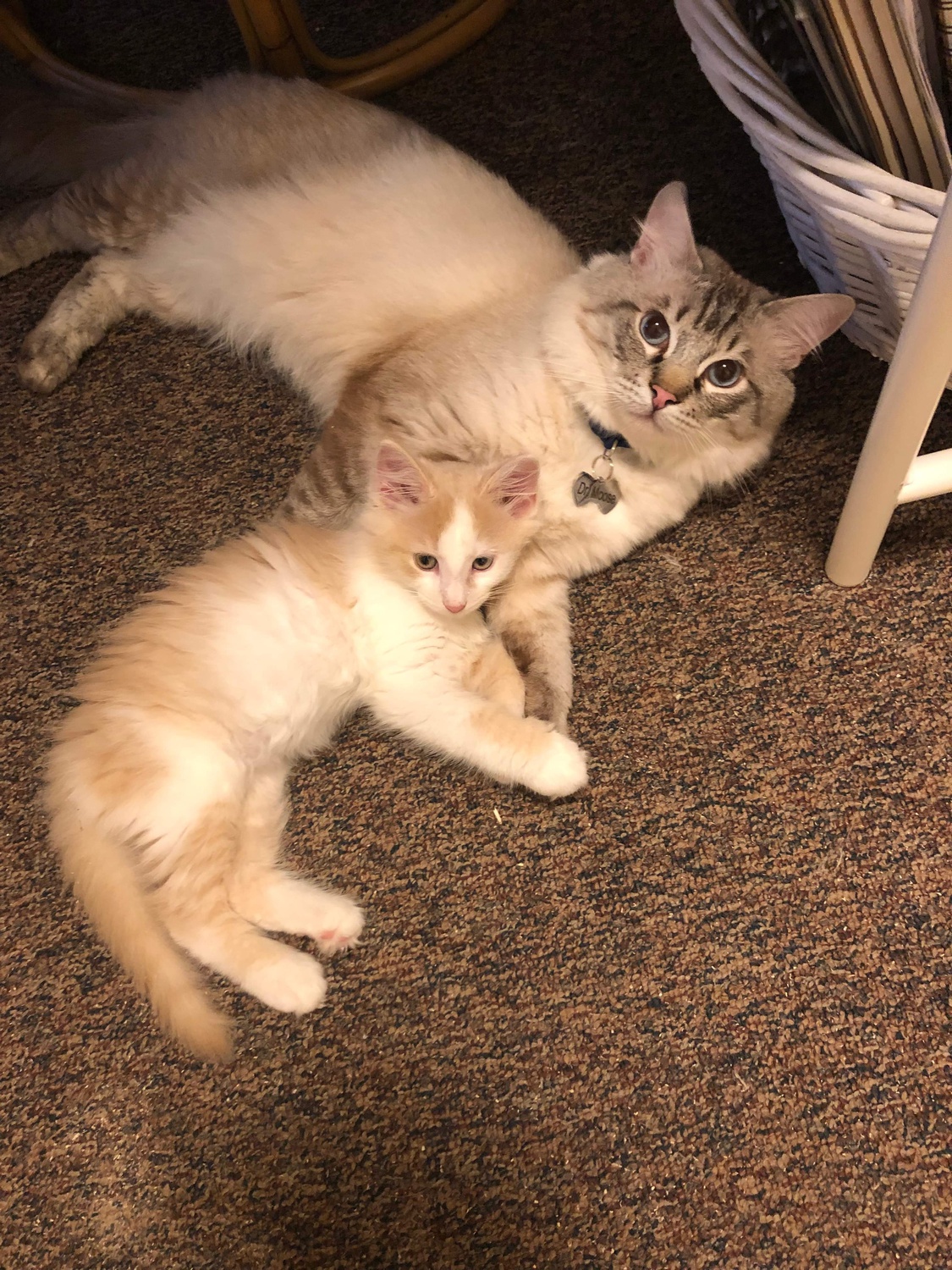 By Courtesy of Jennifer Kunes

Have you ever seen a cat on a leash? If not, you probably haven’t met Moose and Fox, the two newest animal residents of Pfoho. Moose, a two-year-old ragdoll cat, and Fox, an about six-month-old domestic longhair, belong to Jennifer Kunes ’19, a House Elf (a recent graduate who contributes to house events and community) in Pfoho. Moose and Fox got their names because Kunes is a “big fan of naming animals the names of other animals.”

Kunes adopted Moose on the Fourth of July. This stud is a Ragdoll cat (pretty fancy, as far as cats go), but his breeder wasn’t a fan of the offspring he was producing, so Kunes got him for free! Fox, on the other hand, is from a shelter in Rhode Island. 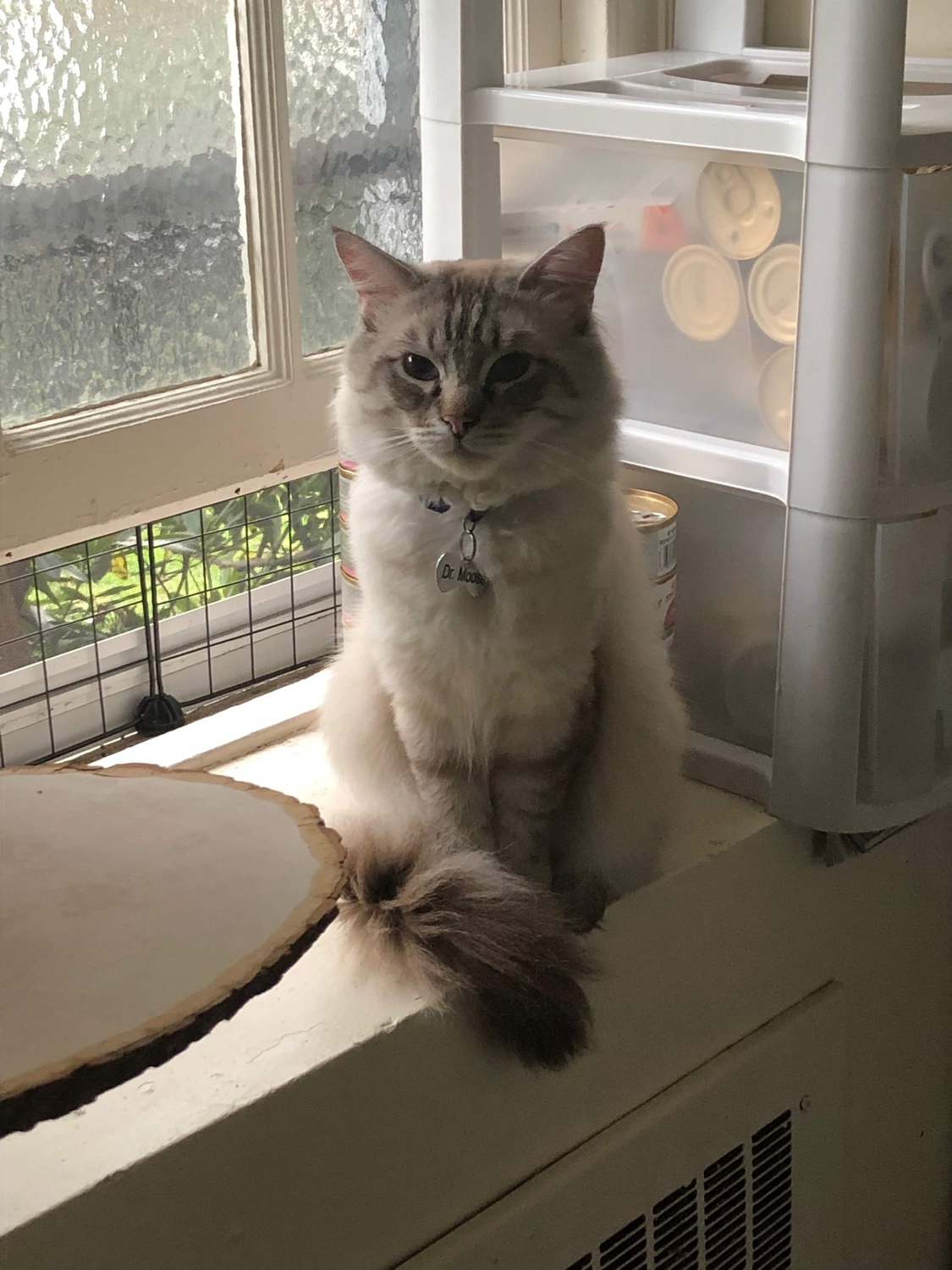 Moose chilling on a windowsill. By Courtesy of Jennifer Kunes

Kunes never saw herself as a cat person; “I grew up with really big dogs… my family dog is a black lab.” However, a cat seemed like the perfect pet to fit her sometimes unpredictable schedule, and Kunes noted, “I still do walk [the cats] but you don’t have to walk them twice a day… they’re way more self sufficient [than dogs].”

So how did Kunes end up with not one, but two cats? She just wanted Moose to be happy, noting that “after the first month I realized that... [Moose] seemed very bored and I felt bad leaving him when I had to go to work.” Looking to spice up Moose’s everyday life, Kunes talked to her vet, who suggested that Kunes add a kitten to the family. As soon as Fox arrived, the two cats took to each other almost immediately, and, according to Kunes, “Moose straight up acts like he’s Fox’s father.” During this interview, Fox was tearing around Comstock common room, knocking over lamps and scrambling up the furniture. Moose followed, keeping an eye on his young charge, while also ensuring he made his rounds back to Kunes for treats.

Not only do these cats walk on leash, but Moose also does tricks. He knows how to sit, lay down, and even stand on his hind legs to grab a treat. Kunes has high hopes for training Moose, explaining, “I want to teach Moose to balance a treat on his nose.” As for Fox, well, “Fox… can’t really do anything,” admitted Kunes.

While Moose is a morning cuddler, he has another way he likes to start the day. “Moose has a huge thing for my hair. He really likes to eat my hair, so if I go to sleep with my hair down, I’ll wake up in the morning to him consuming my hair”, explained Kunes. Fox, on the other hand, is “the problem child.” Kunes said she understands when “parents are like this one, this is the troublemaker.” Fox enjoys unravelling entire rolls of toilet paper across Kunes’s room and then shredding it. He also enjoys eating psets. Yes, you read that right. With Kunes as a TF, “my cat ate your homework” could be the very real reason you’re not getting your pset back. “There are definitive claw marks on some people’s homework when I hand it back,'' laughed Kunes.

Although she’s only had the cats for a few months, Kunes said her favorite memory of the two of them was when Moose noticed Fox was having trouble grooming himself, and “took him under his wing and showed [Fox] how to groom himself.” After a while, Fox caught on, and after dinner he’d watch Moose and “they’d sit side by side cleaning their faces.” 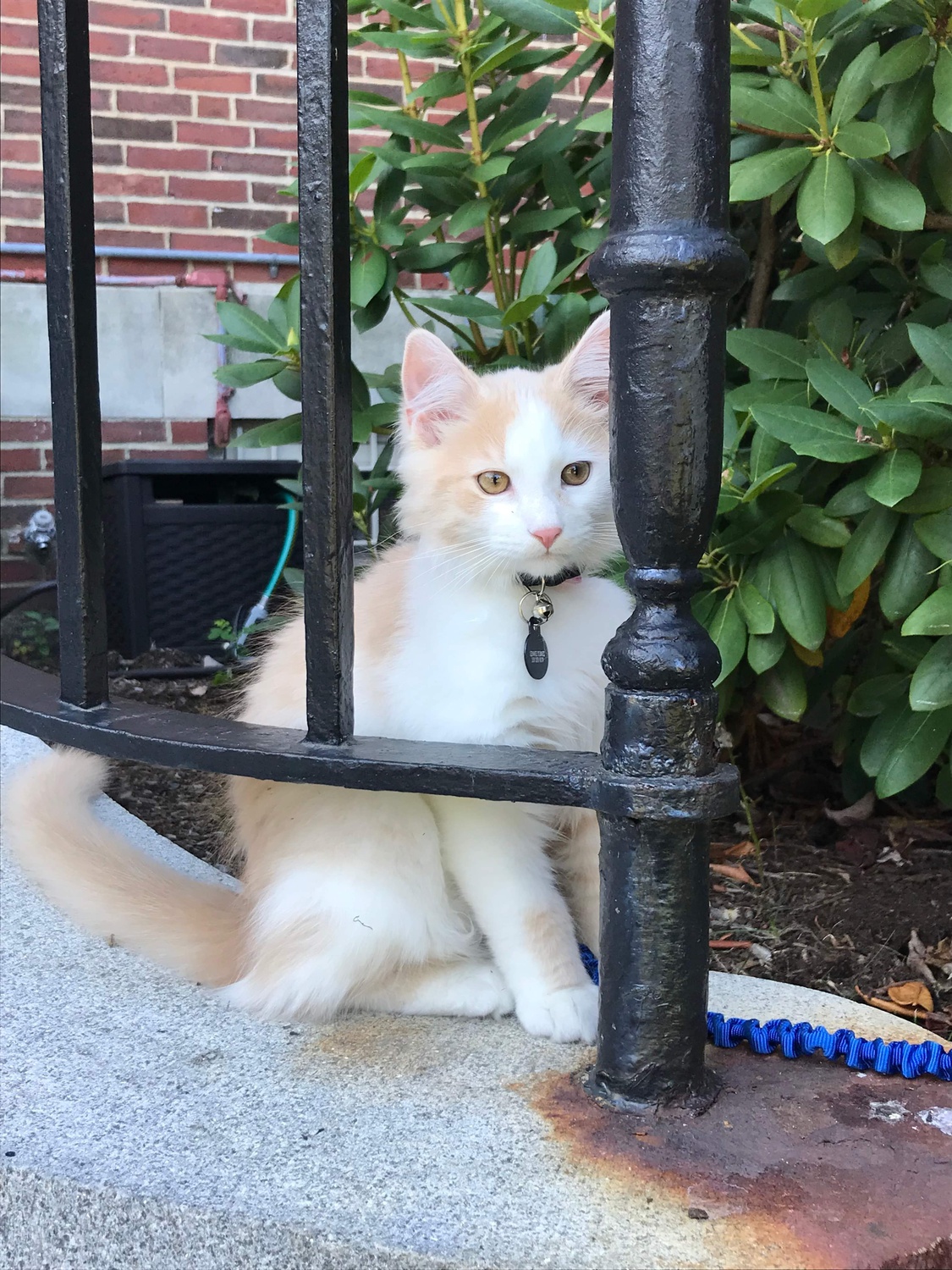 Fox figuring out fences. By Courtesy of Jennifer Kunes

When asked what the cats would study as Harvard students, Kunes considered the pair, then said: “Moose would be like Philosophy. I feel like Moose is dignified like that. What would Fox be? Folk-Myth? Is that offensive to Folk-Myth people?”

Ultimately, Kunes wants people to know that her cats “are just so cute” and that having cats has significantly changed her lifestyle. Having cats forces her to “establish boundaries for myself in terms of how much time I’m spending at home, which I don’t usually do for myself, but I think is healthy.” For example, with the cats, she said she “can’t just stay out until midnight and not come home because then they’ll miss dinner.”

Moose and Fox are pretty social cats, so Kunes holds cat office hours by appointment. If you need some kitten time, all three of them would love for you to stop by.

Click here to head back to the Pets of Harvard homepage