Pets of Harvard: Piper The Dog 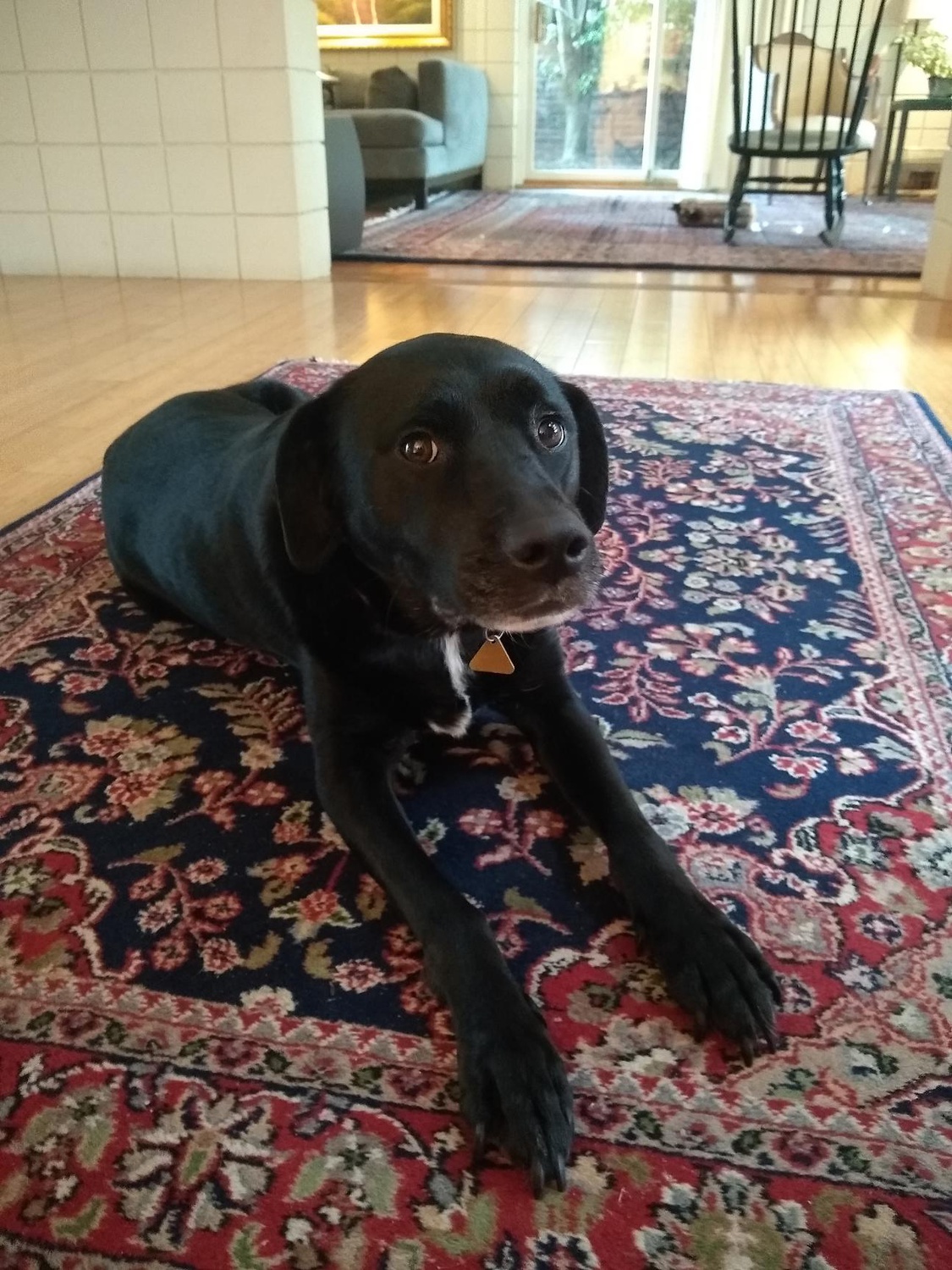 By Courtesy of Anne Harrington

For most of her life, Pforzheimer House Faculty Dean Professor Anne Harrington had only had rescue dogs in her household. So when her then-10-year-old son Ben insisted that “the only thing he wanted in the world was a dog,'' Harrington's first reaction was to Google rescue centers. “She came from Tennessee with a whole bunch of other dogs in an 18-wheeler, and we ended up picking her up in a parking lot in Connecticut,” Harrington recalls. “It was around Christmas time, and so the guy who was bringing up all the dogs had put on a Santa Claus hat.” Though the other dogs were on leashes, he had to carry Piper in his arms and give her over directly to Harrington and her son because the puppy was so small.

In addition to being a happy moment for the family, Piper’s arrival was also celebrated by students and tutors. “I had sent a notice out to the Pfoho students that we were arriving with a puppy, and there was a whole crowd of students waiting,” Harrington remembers. “She was this adorable little puppy and her first introduction to life here was being surrounded by a big crowd of students who really missed their pets.” 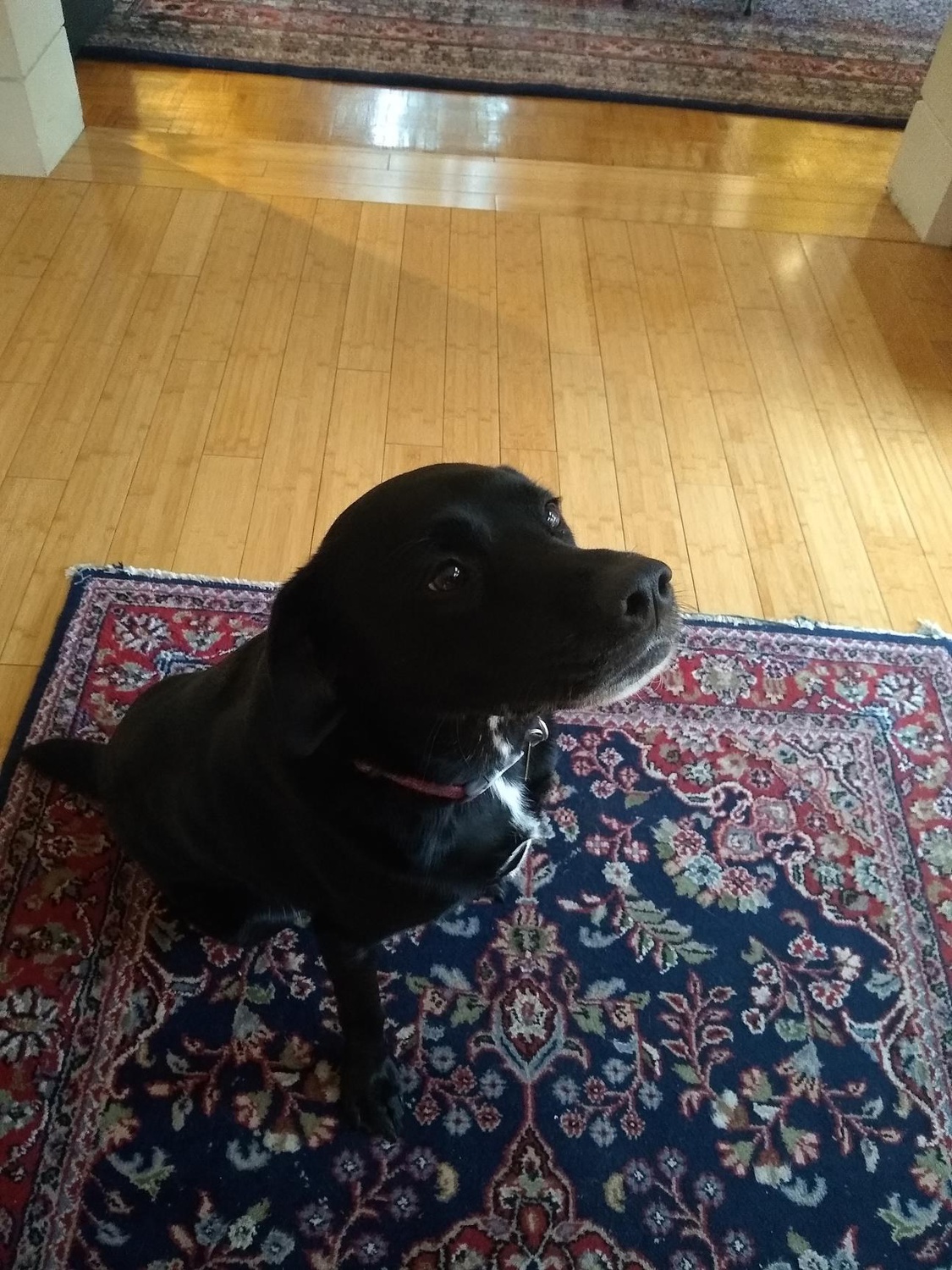 By Courtesy of Anne Harrington

Piper, who is half-Labrador and half a mystery breed, made her debut on the silver screen just three months after she was adopted as the star of the 2015 Quad-wide Housing Day Quadweiser video. Inspired by the popular Budweiser Lost Dog Super Bowl advertisement, Young Piper accidentally boards the Quad shuttle and gets stranded along the River where she is rescued from the menacing Mather lion by all the Quad mascots. Professor Harrington described the experience as fun. “You have a 3-4 month old puppy and you're trying to get them to listen to stage commands,” she laughed. “That year, she was kind of a celebrity. We brought her down to the Yard for Housing Day and people said, oh, that's the puppy!”

Though Piper is “primarily a family dog,” Harrington stressed that Piper has an important place in the Pfoho community. Indeed, many students have dog therapy time with her, some even taking Piper up to their dorms for company while studying. Piper also has her own page on the House website. “I know when I've gone into the weight room there's a sign somebody put up with Piper looking straight at you saying, ‘Piper says put your weights back on the shelves where they belong’,” Harrington recalls. One of Harrington’s favorite aspects about Piper is that “she's not exclusive; she has room in her heart to care about students.”

Unfortunately, Piper is currently recovering from a slight injury she got from chasing a rabbit on the Quad lawn, and thus cannot swim, race the other Quad dogs, or take early morning walks in Raymond Park as she usually does. However, Piper’s naughty side includes begging for food. “She has unfortunately developed the habit of looking incredibly adorably wistful and insisting that she's starving to death,” Harrington laments. “She won't steal, but she will pretend to look pathetic.” 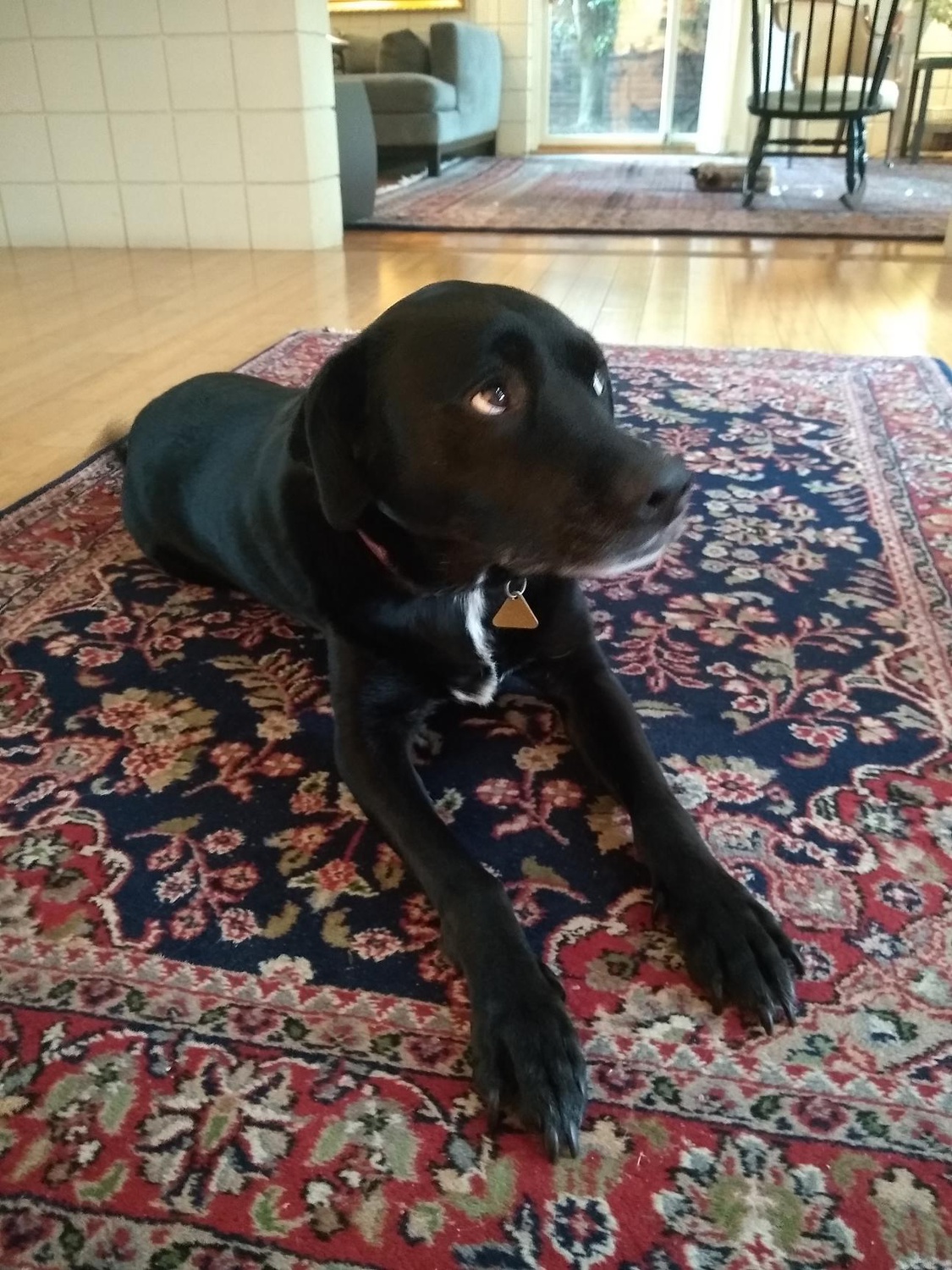 Can you say no to those eyes and that waggily tail? Didn't think so. By Courtesy of Anne Harrington

Piper is currently five years old, and is very much a New England dog despite being born in Tennessee. She loves the snow, and Harrington adds that “she's also a real water dog. One of her favorite things to do is to go over to Fresh Pond, which is about 3/4 of a mile from here, and that’s a pond dogs are allowed to swim in. She'd spend hours there if we'd let her.”

Harrington can’t pinpoint a favorite memory she has of Piper, but instead smiles at her dog for a moment as Piper wrestles with her favorite toy, a stuffed log with hidden chipmunks, before picking, “Seeing her in the water. She adores it and she's so happy. She actually really smiles, and you can tell when she's happy. Those are happy memories.”