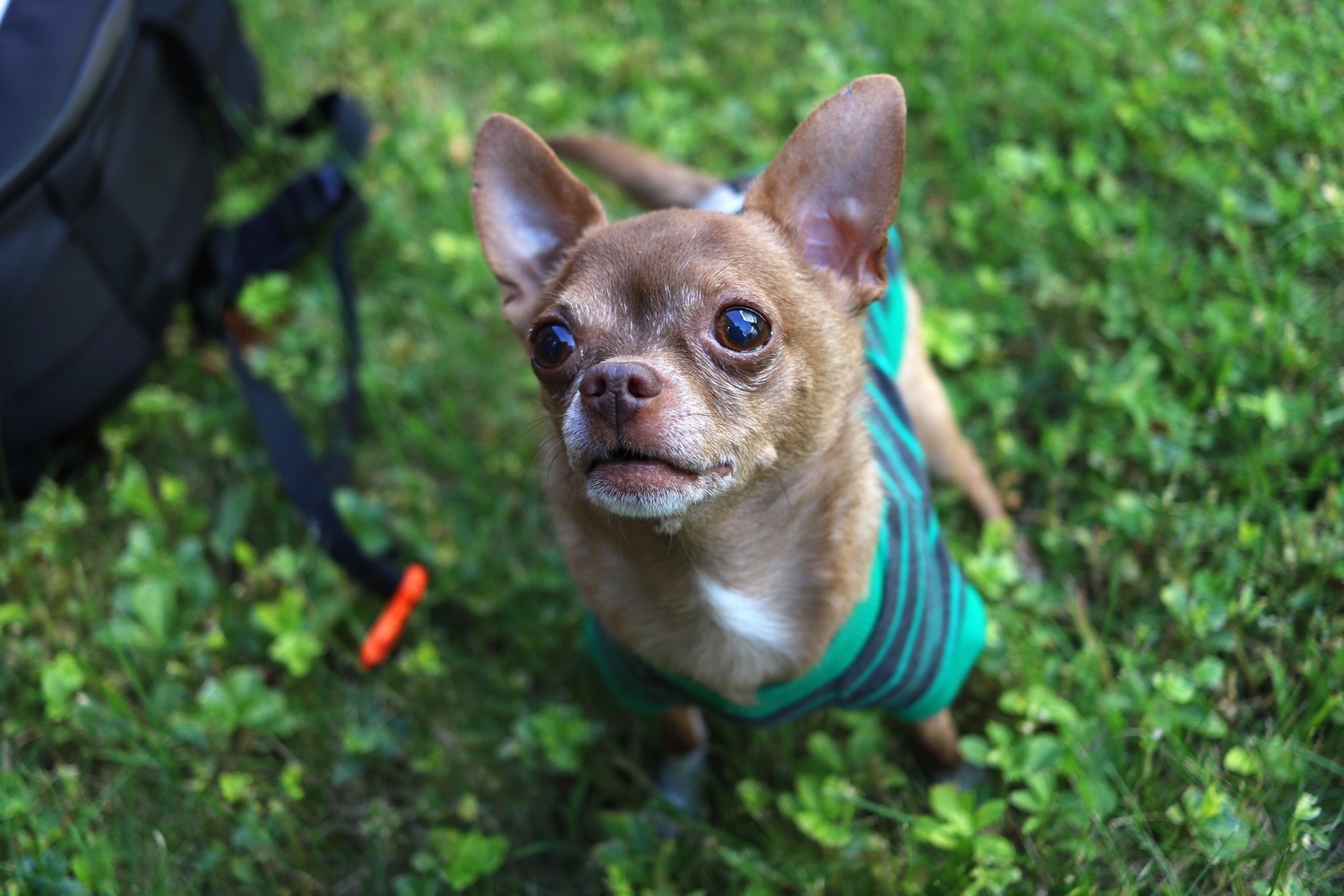 Sometimes, visitors to the west side of the Science Center’s fourth floor are greeted not by the Biology offices or Statistics help sessions they came looking for, but by a shrill series of yaps — compliments of a very small and energetic dog named Jerry. Jerry, a nine-year-old Chihuahua, comes to the Science Center a few days a week with Life Sciences 1b: “An Integrated Introduction to the Life Sciences: Genetics, Genomics, and Evolution” preceptor Annie S. Park.

Park says that when she adopted him seven years ago, Jerry was several pounds heavier than his current weight, a nontrivial difference since Jerry is already so light. According to Park, Jerry didn’t have much of a neck or waist and resembled a “fat sausage.” Losing a few pounds since then has helped Jerry get to a healthier weight for his legs and joints to support. Good for you, Jerry! 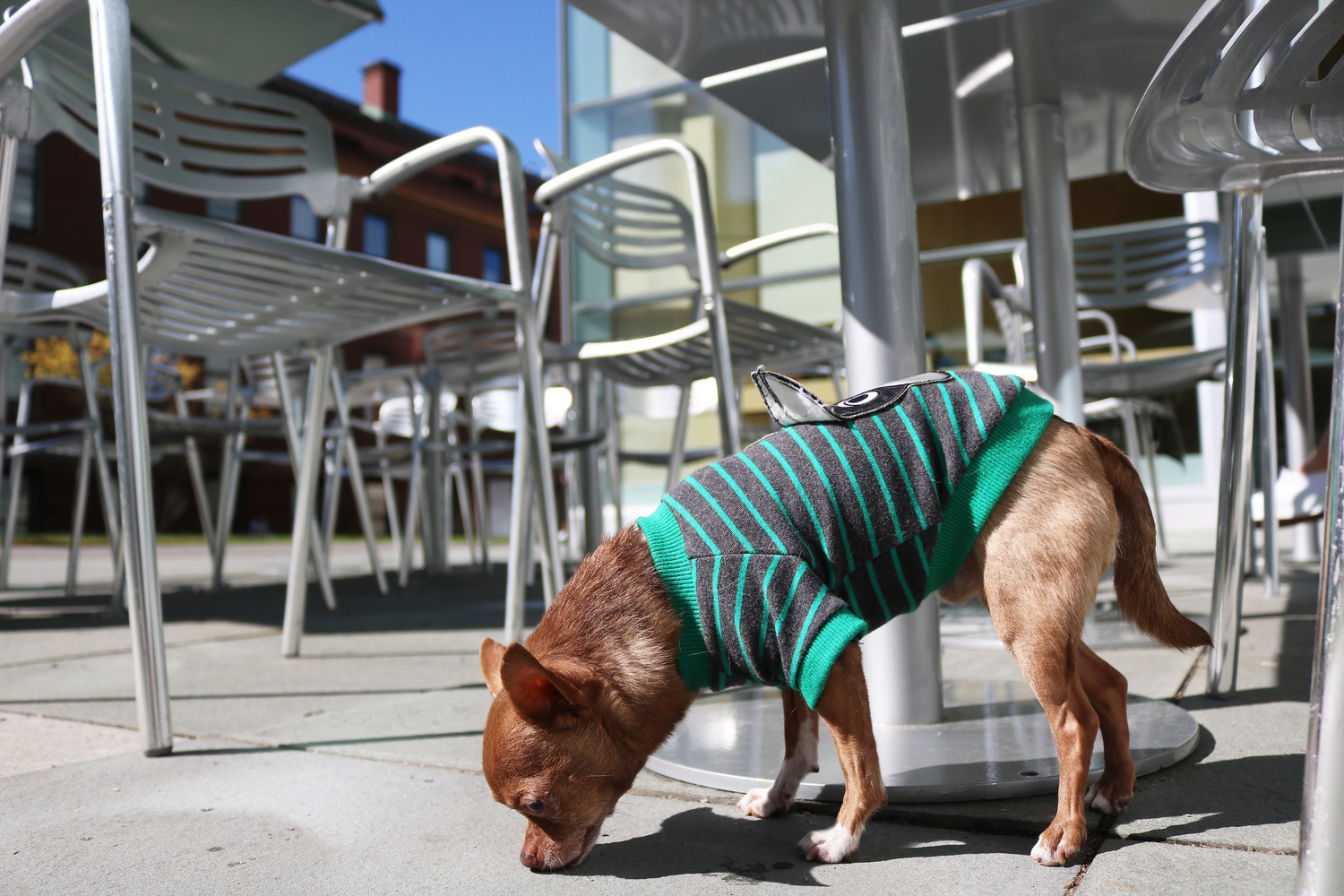 Park loves that meeting or even walking past Jerry “brings out the side of people you normally don’t get to see,” like when he’s able to elicit high-pitched “awwww”s from tall, powerful-looking athletes. Jerry is small enough that people passing by often don’t see him until they get pretty close, so suddenly noticing him is always an exciting surprise.

Jerry can get nervous around strangers, but on the whole absolutely loves attention. In particular, he enjoys groups of “adoring fans.” If Park lets him out at the front of the lecture hall before class, students will come up to meet him, which Jerry thinks is “the best thing ever.”

“He likes prancing and playing with his toy,” Park says. “It’s really funny to watch.” 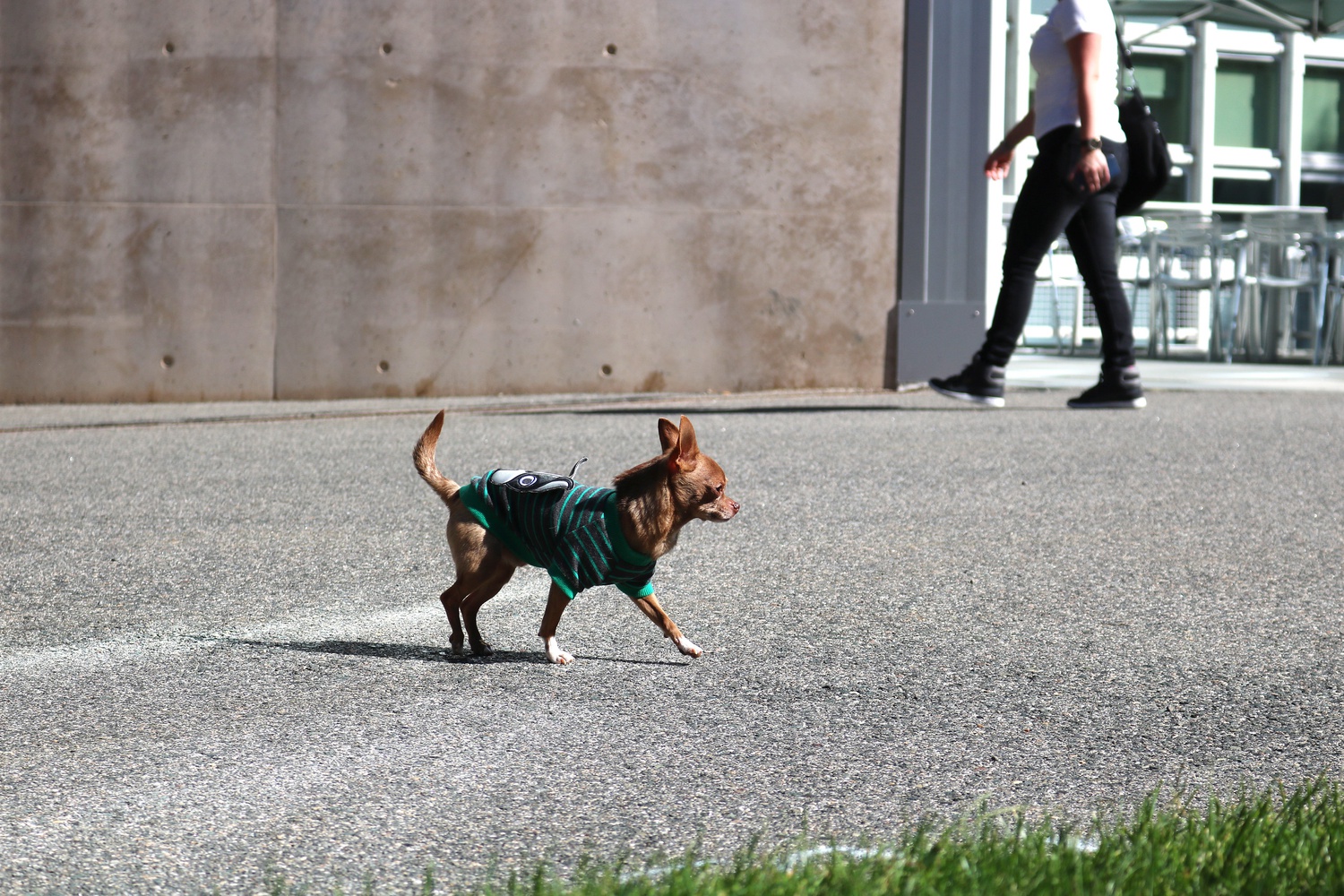 Toys, of course, are an important part of Jerry’s life. He’s never without one, meaning that if Park doesn’t bring one for him, he’ll find something like a stick, fall in love with it, and take it home with him. Jerry isn’t picky about toys at all, and similarly, he’s very willing to try new foods. He enjoys fruits, carrots, and other typical dog-friendly human foods, and will “eat anything, honestly,” including odd foods like cilantro.

Park also said Jerry has made progress with his socialization over the years.

“When I got him he was extremely unfriendly, extremely unsocialized. And so, like, the first time I took him outside, he was like, ‘Oh my gosh,’ and would not walk.” 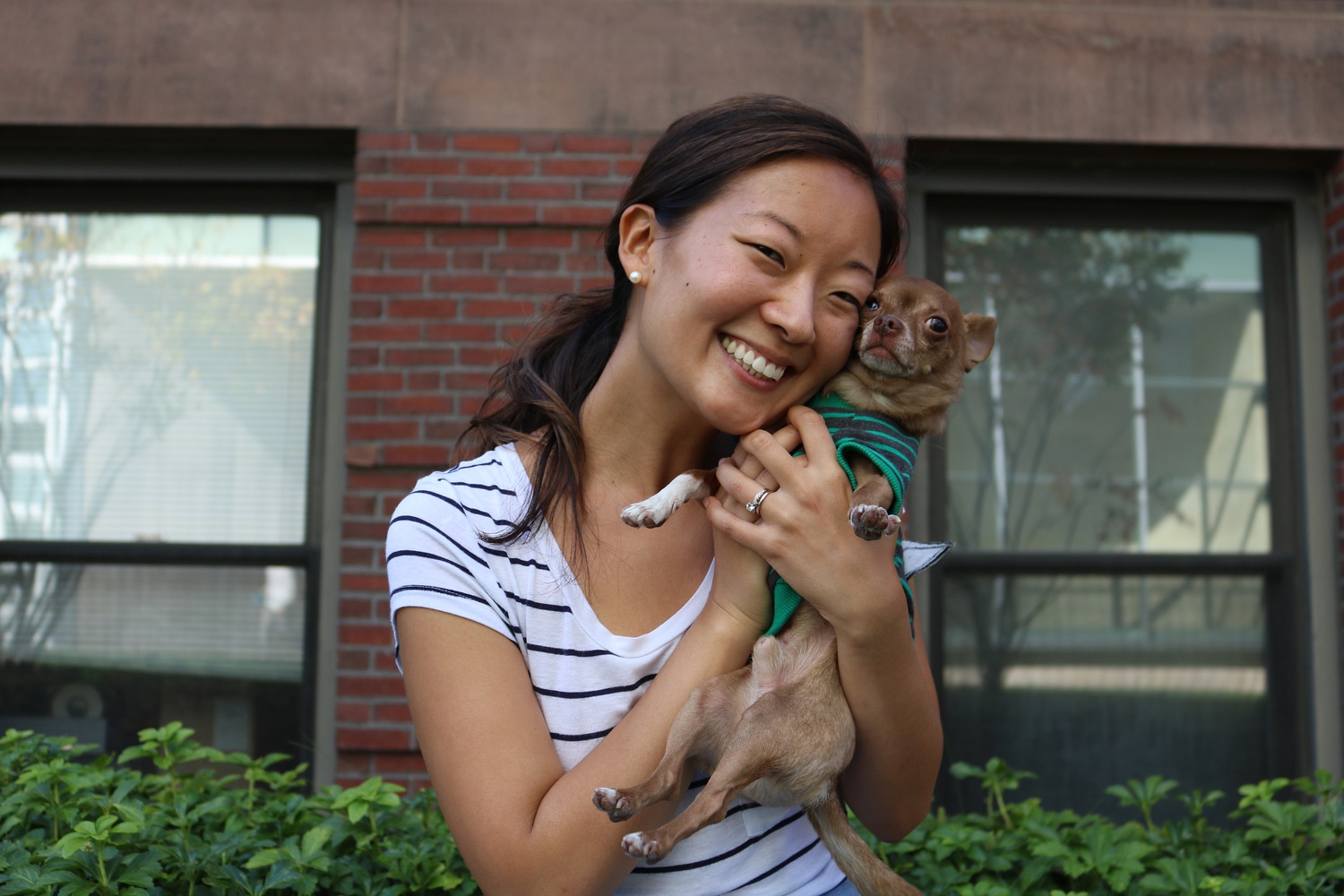 Jerry has come a long way, Park said. He can still get shy or even territorial around strangers, but opens up and is good at remembering people.

“He has a really big personality at home when he's comfortable,” she said. “It makes me sad that not everyone can see that side of him where he's just, like, rolling around in bed. Like, you know, this crazy little guy.”

Jerry is still learning to get along with other dogs, but Park proudly reports that he has made one dog friend, a small Maltese that he plays with. 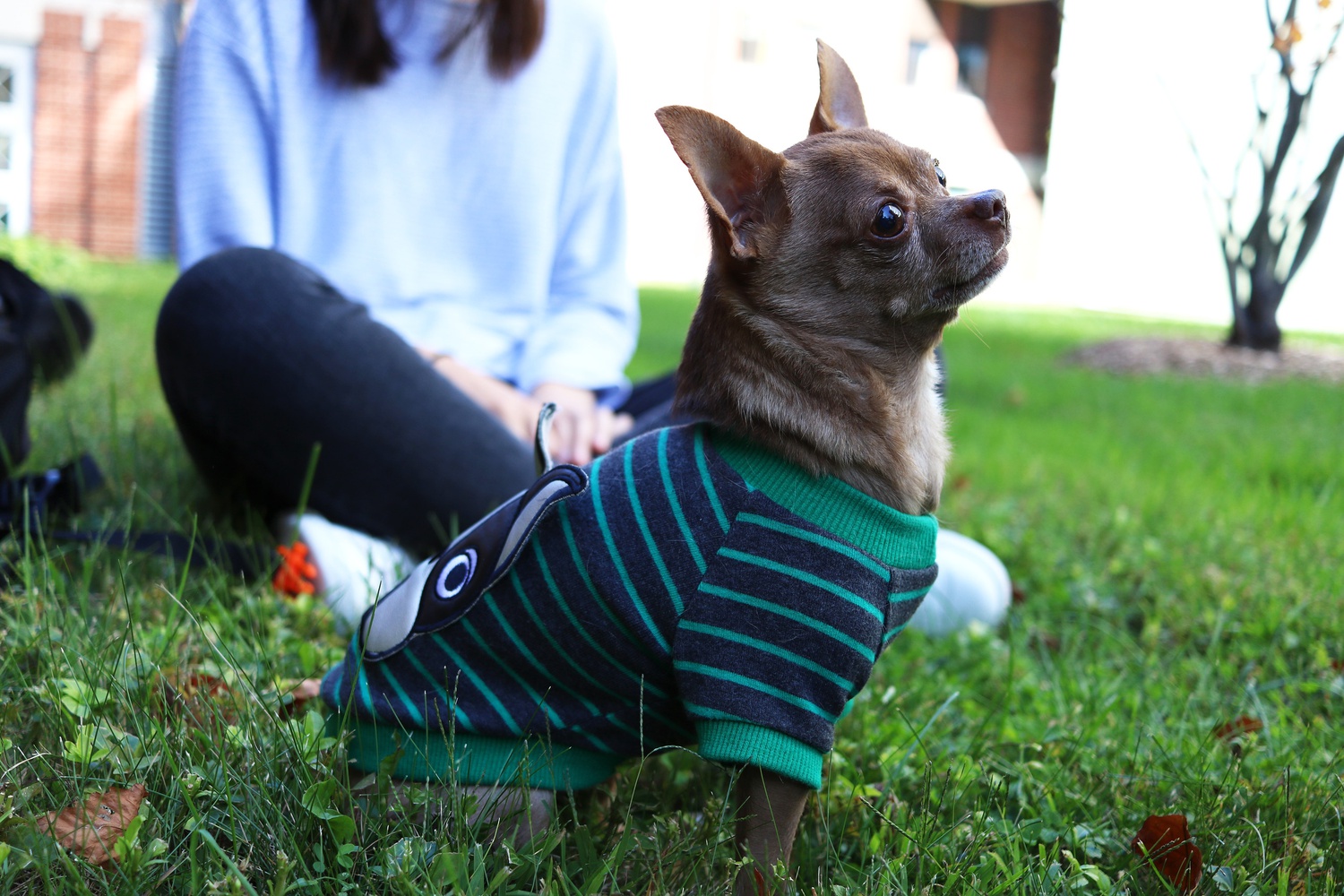 When Flyby met Jerry, he was stylishly dressed in a green striped sweater. He looked so good that it was shocking to learn that he hates outfits and will run away when Park holds one up to put on. The outfits are necessary for Jerry to “be happy and still play outdoors.” He loses heat so easily that even 75 degree weather can be chilly for him. According to Park, one of Jerry’s best looks is an outfit made of fluffy sherpa material, which has bear ears attached to the hood.

Park would like to get a Halloween costume for Jerry, but has struggled in the past with finding costumes small enough for him. Given her choice of well-fitting costumes, she thinks Jerry would be excellent in a spider costume where the extra legs flopped around every time he runs. 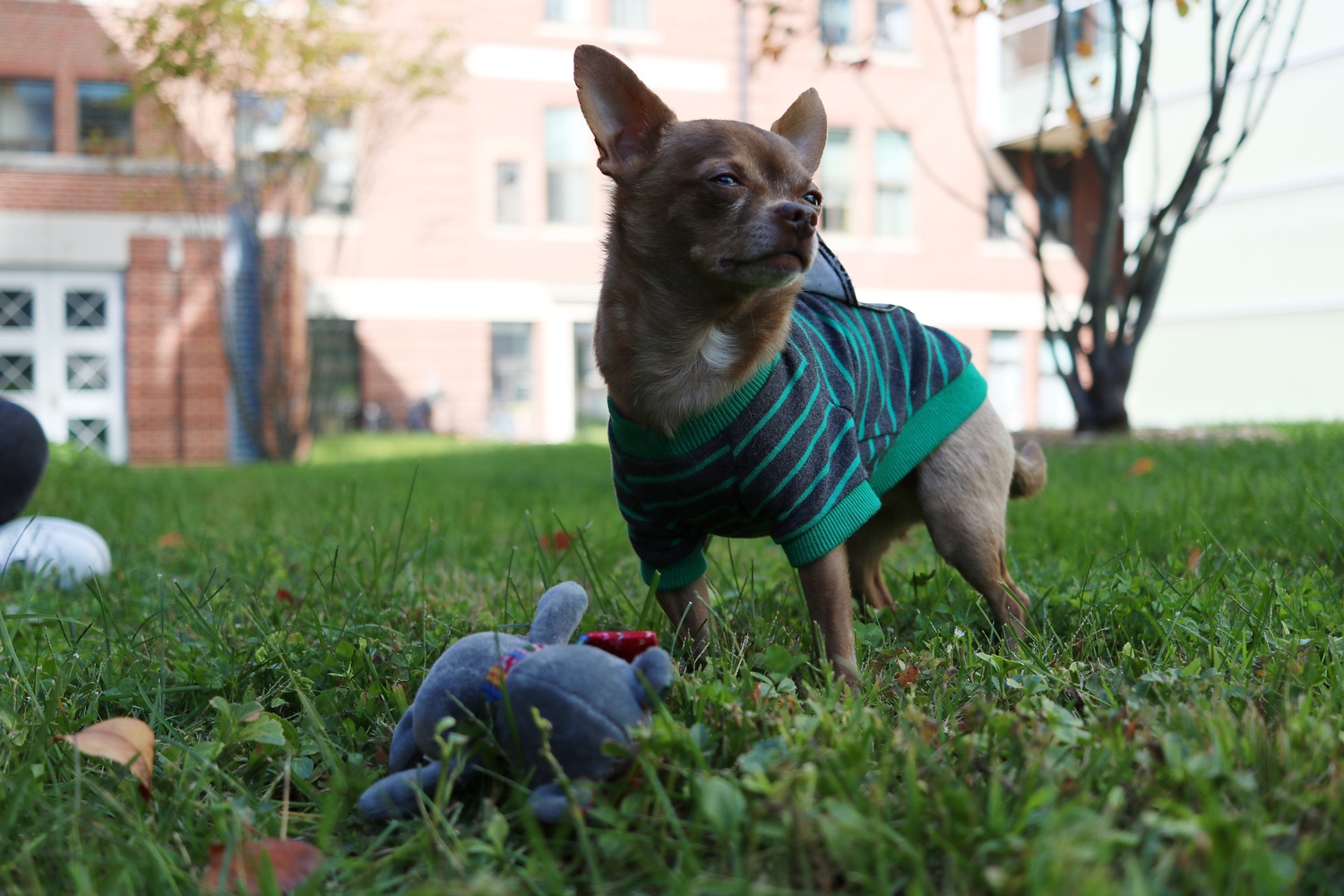