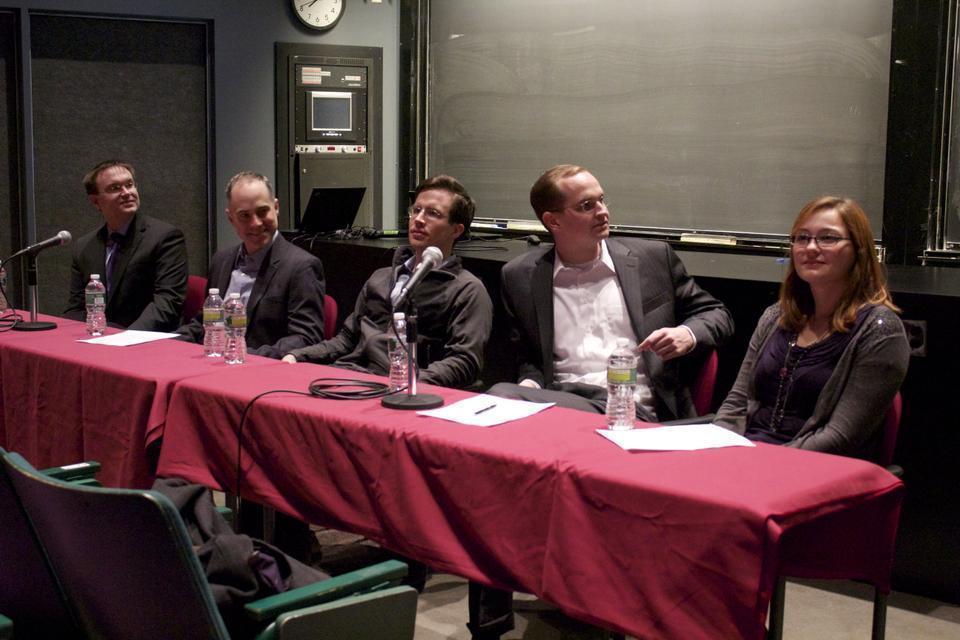 On Wednesday night in the Science Center, a panel discusses how they incorporate statistics with their professions. Representatives from Applied Predictive Technologies, DC Energy, AlphaSimplex Group, Milliman, and Obama for America join Professor Joseph K. Blitzstein in talking about how statistics classes translate into the real world. This article has been revised to reflect the following correction: CORRECTION: April 8, 2013 An earlier version of this article incorrectly stated the names of several companies that sent representatives to a panel discussing statistics in the professional world. In fact, Federal Reserve Bank of Boston and Getco LLC did not participate in the event, while AlphaSimplex Group, Milliman, and Obama for America did.