Learn Ainu, an Indigenous language from Japan, with Drops

Are you ready to begin your language learning journey? Learn thousands of words with beautiful visuals, engaging gameplay, and intuitive interactions. Start learning a new language in just 5 minutes a day with Drops. 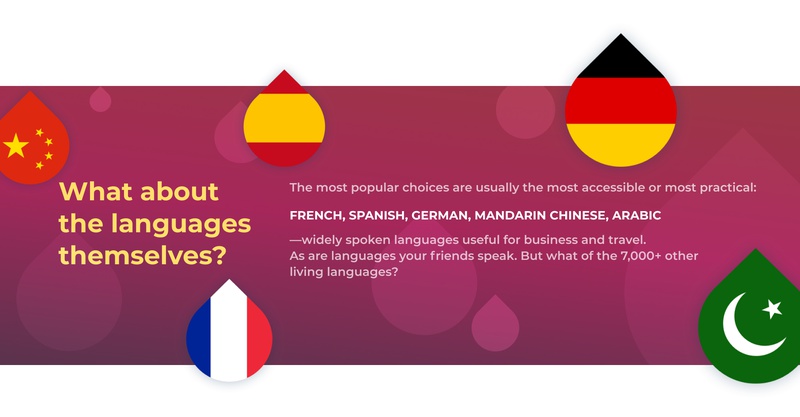 Almost every 14 days, a language dies; that’s about 26 languages a year. And over 2,500 Indigenous languages are currently in danger of disappearing forever — that’s more than a third of our world’s living languages. And when we lose a language, we lose more than just the language.

Ainu is a language isolate, meaning it isn’t related to any other known language. Historically, it’s the language of the Ainu people, an Indigenous community on the island of Hokkaido in Japan.

In 1972, only 14 people could speak Ainu well enough to teach it. Today, the Japanese government’s official recognition of the Ainu people as Indigenous people of Japan and the placement of symbols and sculptures around Sapporo are just a few of the current efforts to spread awareness of Ainu culture.

Still, Ainu remains one of the most endangered languages in the world. And while no app can single-handedly save a language from extinction, we have been fortunate enough to partner with IYIL19 and local preservation efforts to broaden global access to the Ainu language by offering the only digital instance of Ainu anywhere in the world (that we know of).

But it’s the local efforts that are the cornerstone of language preservation. We worked with the Hokkaido University Center for Ainu and Indigenous Studies, the only national research institution specializing in Ainu studies, to bring Ainu to life in the Drops platform. In addition, we partnered with Upopoy National Ainu Museum and Park, Japan’s national center for the revitalization and development of Ainu culture, which is opening in Japan in 2020. Through these partnerships, the world now has access to over 250 words and phrases never seen or heard in a digital format before now.

This deep dive into culturally specific words now influences how we expand our mainstream languages as well. For example, Korean and Japanese are two of the most popular languages in Drops, Droplets (Drops for kids), and our companion app Scripts, (where you can learn the alphabets and writing systems of languages like English, ASL, Russian, Chinese, Hebrew, Greek), which teaches Korean Hangul and Japanese Hiragana and Katakana, the latter of which is used for written Ainu. Our most recent content expansion for these two languages includes between 200-300 Japanese-specific or Korean-specific words.

It also influences our support of educational and cultural exchange programs. In addition to our Upopoy Center sponsorship, Drops has also recently partnered with the Council on International Educational Exchange (CIEE), a non-profit educational organization which sponsors study abroad and intercultural student exchange programs, as well as the Corporation des Carabins de Sorbonne Université (C2SU) to whom we gifted Premium licenses for all medical students during the school’s COVID-19 lockdown.

A Day in the Life at Kensho