2 Alums May Be Tapped For Court 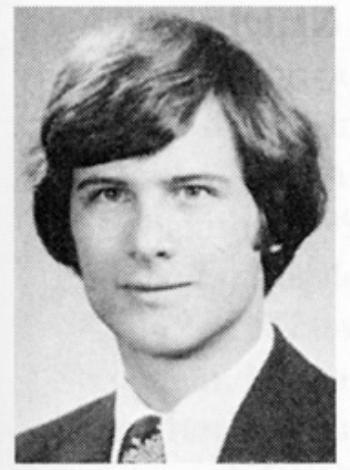 Sandra Day O’Connor’s resignation from the Supreme Court last week set off a buzz in Washington that has focused the nation’s attention on a handful of possible successors—an elite club of jurists that includes two Harvard alums.

If nominated by President George W. Bush and confirmed by the Senate, either Alberto R. Gonzales or Judge John G. Roberts, Jr. ’76 would become the sixth member of the Court to attend Harvard Law School (HLS).

While Gonzales, an unlikely and quiet legal student turned Attorney General, is seen as too moderate to please Bush’s conservative base, many experts have said that Roberts, who has taken the established path to the Federal Judiciary, is a likely choice given his conservative record on the bench and, prior to that, his sterling record as an attorney before the Supreme Court. Both men, however, seem to have been put on the fast-track to the top of the legal ladder by their beginnings at Harvard.

One of Roberts’ mentors, William P. LaPiana ’74, a pre-law and history tutor in Leverett House when Roberts lived there, recalls Roberts as a “hard working and happy undergraduate who loved studying history.”

LaPiana said that what he remembered most about Roberts was his self-deprecating jokes.

“He had gotten a wonderful grade and a glowing comment on a term paper in a course on American Intellectual History,” LaPiana said. “Afterwards, he walked into my office and said ‘I think I can get my head through the door.’”

Since then, Roberts has easily sauntered through every door in his path.

He went on to HLS, where he served as Managing Editor of The Harvard Law Review, a position that, as one classmate put it, “you didn’t get unless you were among the top 4 or 5 intellectually in the class.”

Roberts’ colleagues on the Law Review spoke highly of his disposition and ability.

Elizabeth R. Geise, who was on the Law Review with Roberts, remembered him as an “honest, forthright, decent, and fair person who was always there on time, always did his job, and was kind to everyone.”

“He was somebody who got along with everyone, who was obviously very bright but not aggressive,” said Paul K. Rowe ’76, who is also a Crimson editor and was on the Law Review. “He had a Midwestern reserve about not showing off how smart he was.”

Rowe added that those on the Law Review always thought of Roberts as fair, especially on politically divisive issues. “There was a certain amount of left versus right, but John was someone that everyone could talk to and respected.”

“I never thought of him as an ideologue,” Lindsay A. Connor, who was also on Law Review with Roberts, wrote in an e-mail. But Connor said that he has not seen Roberts in more than 25 years and does not know how Roberts has changed.

Other colleagues from the Law Review, however, remembered Roberts as clearly on the conservative side of the spectrum.

After graduating from HLS, Roberts headed inside the beltway. He clerked for William H. Rehnquist, who was an Associate Justice of the Supreme Court at the time. Following his clerkship, Roberts went on to work in the offices of the Attorney General and the White House Counsel. He also served as Principal Deputy Solicitor General under Kenneth W. Starr in the first Bush Administration.

In between stints with the government, Roberts worked at the law firm Hogan & Hartson, where he established himself as a top appellate lawyer with an impressive record—he has argued a total of 39 cases before the Supreme Court, winning 25 of them.

Roberts’ record in Washington impressed President George W. Bush, who nominated him to the D.C. Circuit Court in January 2003—Roberts’ third nomination to the Court. (Both Bushes had nominated him once before, though those nods had stalled before Roberts could be brought for a vote.) Roberts was confirmed 4 months later.

The confirmation process produced a wealth of glowing recommendations. He received the rating of “Well Qualified” without reservation from the American Bar Association, the highest possible mark for a jurist.

The Senate Judiciary Committee was also sent a letter by a bipartisan group of 156 members of the D.C. Bar, all of whom urged Roberts’s swift confirmation. “He is one of the very best and most highly respected appellate lawyers in the nation, with a deserved reputation as a brilliant writer and oral advocate” the letter said. “He is also a wonderful professional colleague both because of his enormous skills and because of his unquestioned integrity and fair-mindedness.”

Walter E. Dellinger III, who served as solicitor general under former President Bill Clinton, even told the Judiciary Committee that, “In my view . . . there is no better appellate advocate than John Roberts.”

On the D.C. Circuit, Roberts has maintained his conservative reputation, although he has yet to weigh in on many of the divisive issues that come before the Supreme Court.

Nevertheless, he is considered to be conservative enough for Bush. As Deputy Solicitor General, he wrote an oft-quoted brief on behalf of the administration that said that “we continue to believe that Roe was wrongly decided and should be overruled.”

Many in Washington speculate that Roberts may be a good choice if Bush wants to avoid a confirmation fight. The New York Times reported last week that members of both parties raised Roberts’ name in a favorable light.

Gonzales, currently the Attorney General, is known to be a close personal friend of President Bush, leading many to speculate that Bush will nominate him to the Court. However, since O’Connor’s resignation, conservative groups have undertaken a campaign against Gonzales, whom they consider too liberal on key wedge issues like abortion.

The son of two Mexican immigrants, Gonzales’ path to HLS is as improbable as it is incredible.

Gonzales grew up in a poor home—his seven-sibling family did not own a telephone until he was in high school. He enlisted in the Air Force after high school and was eventually recommended for, and went to, the Air Force Academy.

After transferring to Rice University in Houston and earning his bachelor’s degree, Gonzales headed northeast to Harvard for law school.

According to friend and law school Classmate Paul J. Karch ’78, Gonzales was a “very quiet, nice guy, with an easy smile.” Karch remembered that Gonzales’ reticence stood out at HLS. “He did not argue politics or even law that much—for a law student, he was a very quiet guy.”

And unlike the majority of Harvard-educated Supreme Court justices, Gonzales was not on the Law Review and did not clerk for a federal judge after graduation.

After leaving that firm, Gonzales served as Bush’s legal counsel, Secretary of State of Texas, and as a justice on the Texas state supreme court.

And when Bush moved into the White House in 2001, he brought Gonzales with him. Gonzales served as White House Counsel for four years before he was promoted to Attorney General last November.

While many have speculated about who the nominee could be, the choice ultimately lies with President Bush, who has kept his cards close to his chest. However, many experts have pointed to Roberts and Gonzales as possible nominees, if not for this vacancy, then for other vacancies expected before Bush’s term ends in 2008—including Chief Justice.

Lawyers who knew both Roberts and Gonzales at Harvard said that both men would do honor to Harvard’s name.

Attorney Mark B. Helm ’78, who served as president of the Harvard Law Review during the 1981-82 year and is also a Crimson editor, knew both Roberts and Gonzales when they were at Harvard.

“Both have a lot of integrity and would be great choices,” he said.

—Staff writer Adam M. Guren can be reached at guren@fas.harvard.edu.