Former President of Mexico Discusses the Economics of Climate Change 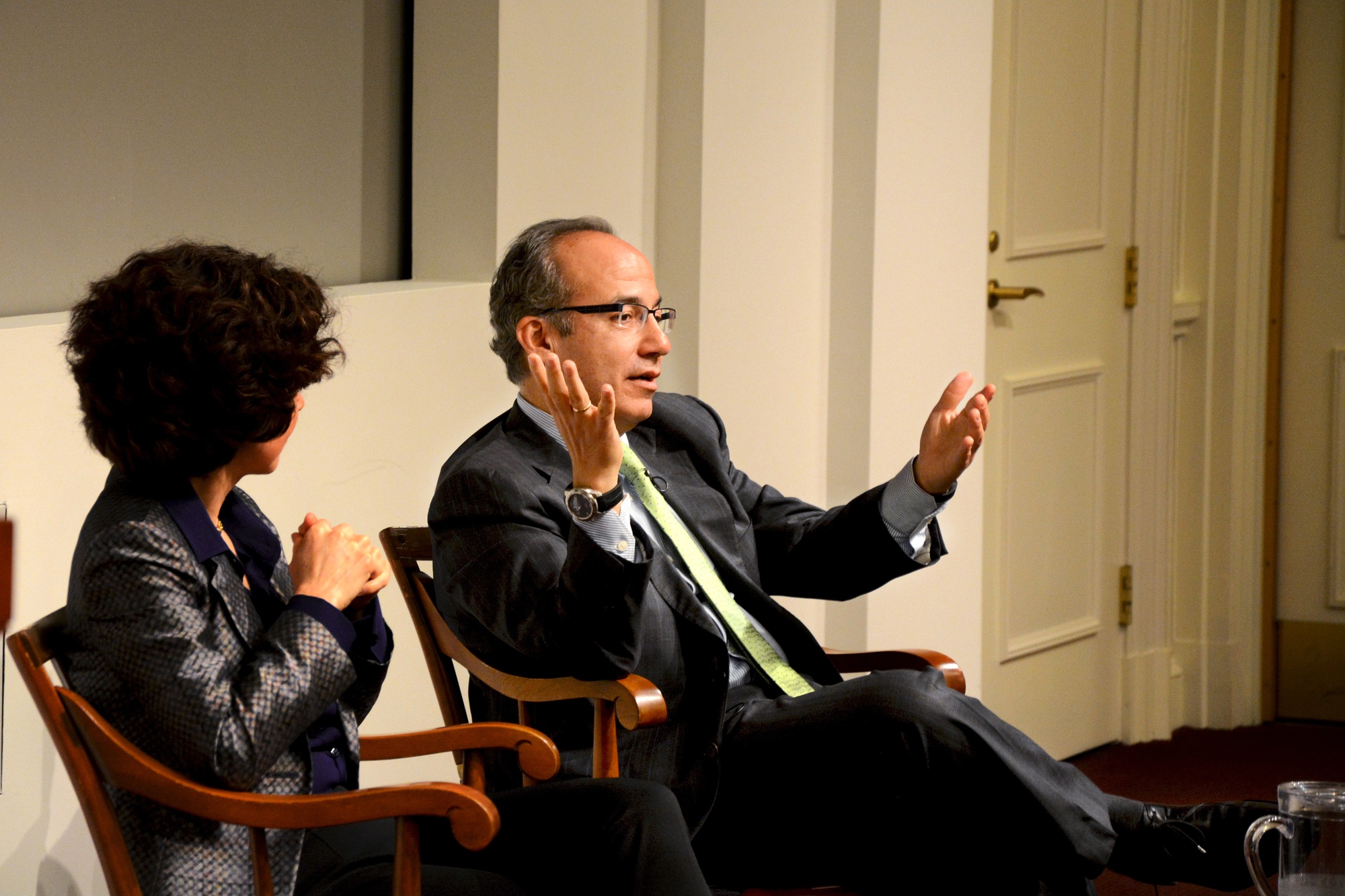 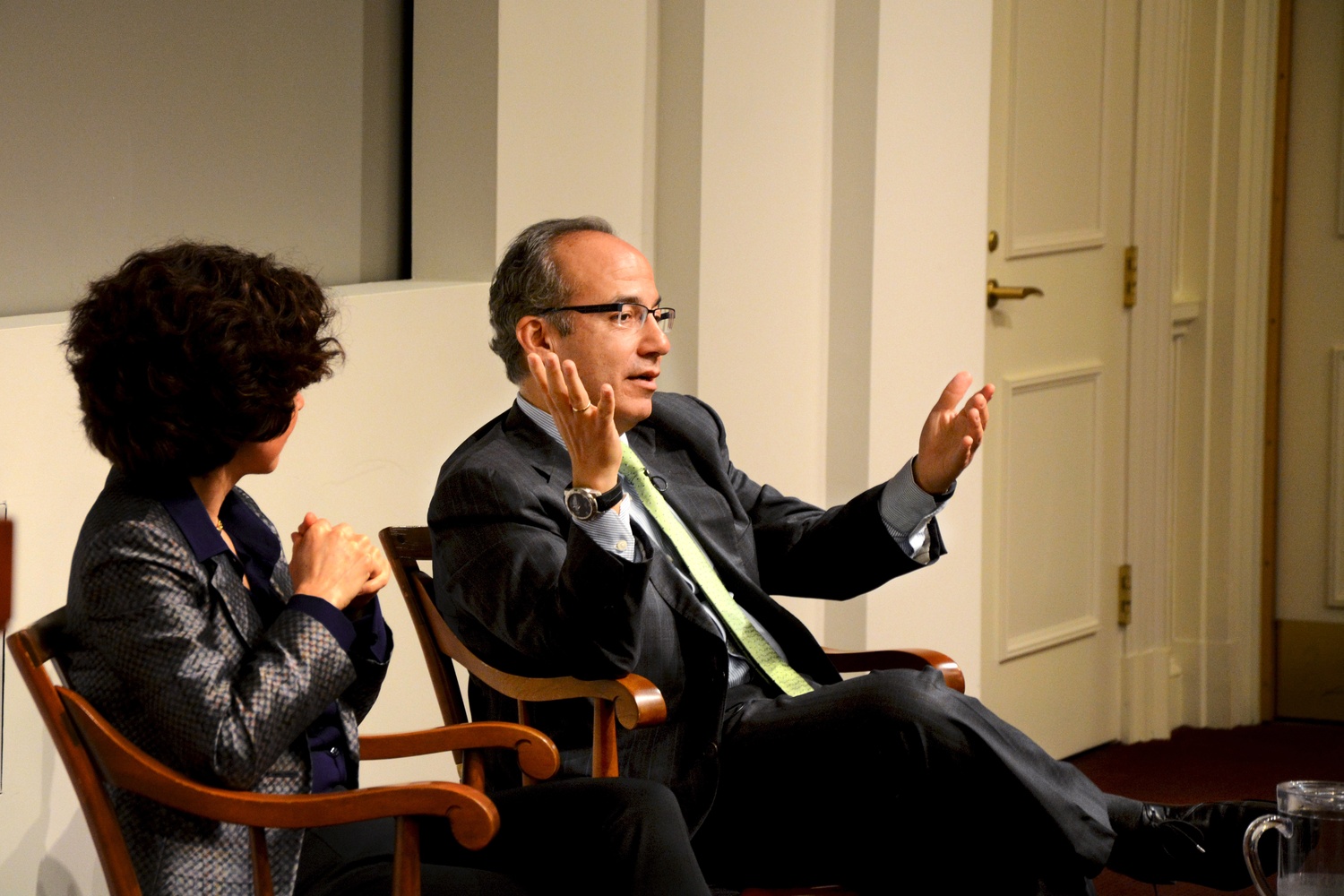 During an address at the Business School on Monday, former President of Mexico Felipe Calderon argued that although private sector companies are often hesitant to adopt climate change initiatives, minimizing carbon emissions may prove extremely profitable.

The conversation, which was titled “Climate Change and Business,” attracted dozens of graduate students from the Business and Kennedy Schools.

Calderon highlighted how global leaders were still reluctant to address climate change only a few years ago, specifically mentioning an international conference in Copenhagen in 2009.

“Not all leaders and countries felt involved in the issue at that time,” Calderon said.

Nevertheless, Calderon noted that leaders have grown increasingly cognizant of the problems posed by climate change.

“[Today,] climate change is the most important challenge for a human being,” Calderon said.

Calderon pointed out a false dilemma many leaders in the private sector believe they face when trying to implement policies to reduce carbon emissions.

According to Calderon, many believe that “either you tackle climate change or you create economic growth.”

Those two goals, Calderon argued, are not mutually exclusive.

“It is possible to maximize economic growth under the restrictions of carbon emission reductions,” he said.

Calderon noted that the public sector can help shape policy to incentivize private companies to invest in climate-friendly programs. Public policy, he said, can provide a powerful stimulus for companies to change the way they invest.

“We can propose profitable businesses for people and companies, we can propose public policies that are able to create jobs and economic growth, and we can change the [way] in which we are deciding development starting today [to create] real development [that considers] the risks associated with climate change in the future,” Calderon said.

Rebecca M. Henderson, a Business School professor, moderated the discussion, and said that sustainable investments can still be profitable.

She also said that the private sector may need something to galvanize it, noting that “sometimes we need a market signal to get people focused in these areas.”

“Companies are delaying all their decisions about the environment,” Calderon said. “That implies an economic cost.”

Maria Melas, an attendee who graduated from the Extension School with a degree in Environmental Management, found the talk particularly engaging.

“The most interesting thing is focusing on the economy and making economic suggestions for how to change things, which in turn will help the climate,” she said.