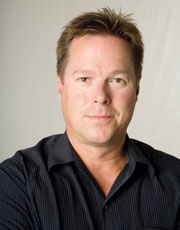 “That’s so much more organic!” Mikko Nissinen, the artistic director of Boston Ballet, exclaimed during last Wednesday’s masterclass at the Harvard Dance Center, where he was surrounded by dancers of varied ages and levels sailing across the floor in waves of one combination after another. “That’s dancing—not doing ballet, you know, but dancing.” Nissinen, a Finnish dancer, danced with the Finnish National Ballet, the Dutch National Ballet, the Basel Ballet, and the San Francisco Ballet, where he danced as a principal for 10 years. Prior to his appointment as artistic director of the Boston Ballet in 2001, he directed the Marin Ballet and the Alberta Ballet. Currently, Nissinen is working on a reimagination of Tchaikovsky’s “Swan Lake,” slated to open on Oct. 30. After the masterclass, The Crimson caught up with Nissinen by phone.

The Harvard Crimson: What was teaching the master class yesterday at Harvard like?

Mikko Nissinen: I have enjoyed my master classes there—I believe it’s been almost, I think, 12 years that I’ve done them. And you know, I really am a big fan of the whole university, and I very much value the relationship we have, and now of course with Jill Johnson at the helm...I’d do anything to help her, and Jill works with Boston Ballet on the Forsythe works, so it’s a natural match.

THC: What do you see the role of dance and, more specifically ballet, in the college campus as being?

MN: For me, it’s even bigger than that. We try as Boston Ballet today, we try to be really relevant to today’s people and today’s people’s lives, and that includes students, people who are already in the workforce, and that’s why the the repertoire that we have is three-pronged: the big classics, neoclassical ballet, and contemporary dances, and everything at the highest level.

THC: What do you see as the role of dance education, not only in colleges, but in people’s lives?

MN: Of course today the arts education has been taken out a lot for many, many schools, so the professional arts organizations do art education, art exposure. But the dance education by itself, even for people who don’t aim to be professional dancers, there’s lots of great things: there’s fitness, there’s insight into the art form, and life skills. It really teaches people how to take projects, stick to them, guide them to successful end results. So there’s lots of life lessons that you really learn by taking dance lessons.

THC: What was the motivation or inspiration behind creating this new “Swan Lake?”

MN: “Swan Lake” is the cornerstone of classical ballet, and I’ve done a version before, but it was like an older brother handing down his clothing…. I inherited sets and costumes that were existing, and so I was limited to do the scenarios around that. Now, there’s a whole new beginning and ending and the visualizations and the taste all across is harmonized. I revised quite a bit of choreography, even when the second act is 100% traditional, Petipa/Ivanov version, which is the single finest piece of choreography for the corps de ballet. The motivation was just to do a really clean, beautiful production that is really my value system and at the same time something Boston Ballet can take around the world in a tour.

THC: You mentioned that the production reflects your value system. What would you say that is?

MN: Well, I can tell you easily that it’s not a sort of Broadway/Disney—it’s much more sort of a classic beauty balance.

THC: In what direction would you say you’ve taken the company since your appointment to artistic director, and where would you like to see the company in five to 10 years?

MN: Upwards and onwards. We’ve gotten a lot done in the first 12 years, and now we’ve had an incredible 50th anniversary—it started with the tour to London and concluded with a tour to Lincoln Center in New York, and had a fabulous home season that included 55,000 people at the Night of Stars in Boston Commons. That sort of turned the page for the first 50 years. Now we’re starting a whole new era, and building from there.

MN: I hope to see more Harvard people at our performances! Did you happen to see the piece “Cacti” last year?

THC: Yeah, I did—I loved it! I’ve never seen anything like it.

MN: Exactly—that’s one of the things I’ve tried to do. Hopefully, we can expose people to something totally new, whether it’s “Cacti” or “Tar and Feathers” from [Jiří] Kylián that can provide a kind of eureka for people that were not aware of works at all in that kind of genre, and it blows their mind and gives them an opportunity to fall in love with stuff like that.