Female Athlete of the Year, Runner-Up: Bain Repeats as All-Ivy 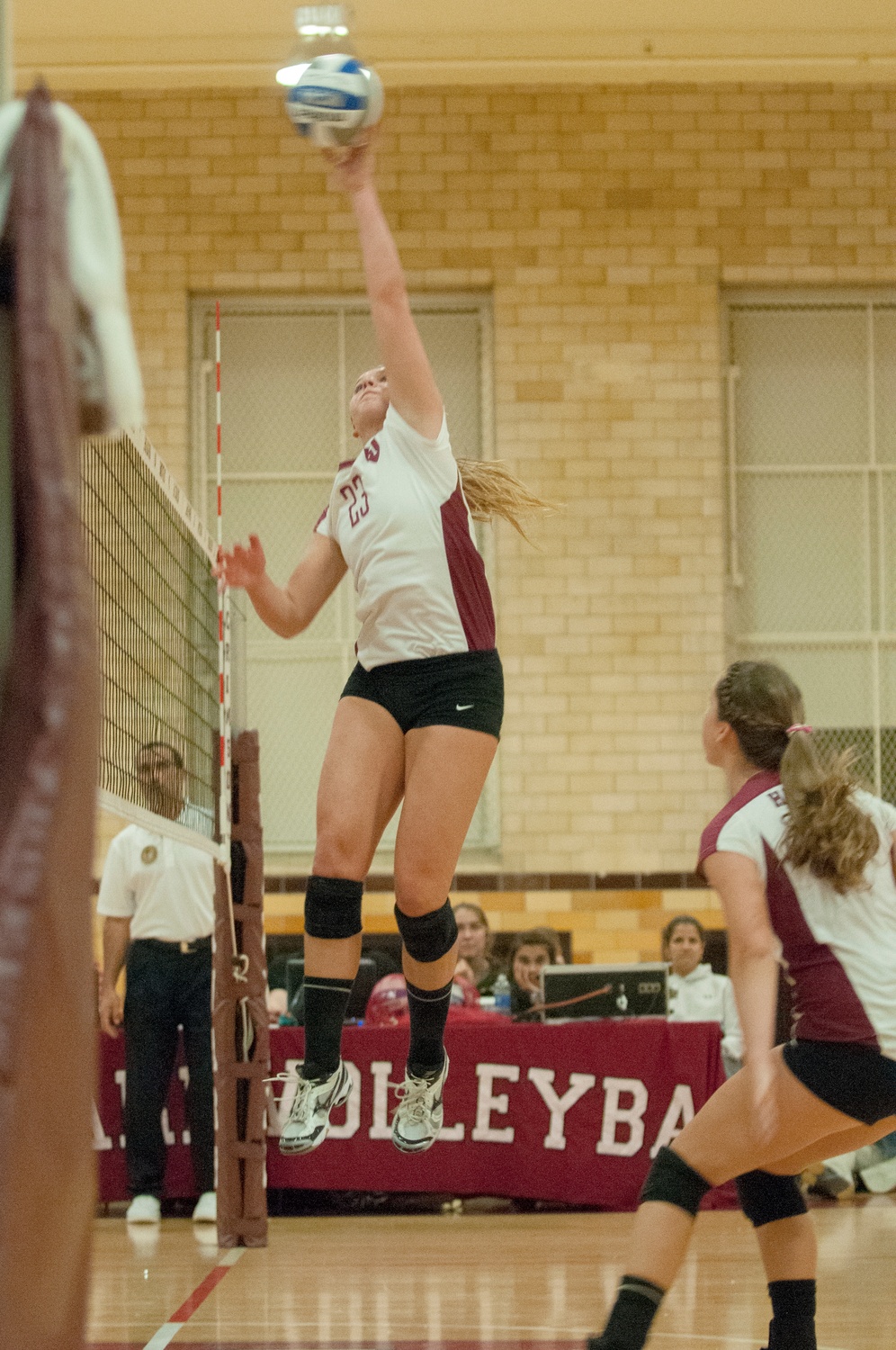 Two points away from taking home the fifth set of its game against Yale in the packed Malkin Athletic Center on Oct. 3, the second-year standout stood with the fate of the team in her hands.

Rising and hitting the ball to initiate play, her first serve went over the net and fell to the ground at the feet of the Bulldogs. The subsequent serve followed suit, as Bain and company were able to hand their archrival only its second loss in conference play since Nov. 2011. The sophomore was dominant throughout the contest as well, recording a triple-double with 11 kills, 32 assists, and 12 digs. She also registered four more aces in the contest, part of a season-high of six.

But when Bain put this performance together, few, if any, were surprised. Games like this one were the rule rather than the exception for last year’s Ivy League Rookie of the Year and a large reason why Harvard brought home a share of the conference championship for the first time since 2004.

“She takes a lot on herself,” junior Caroline Holte said. “She takes on a huge burden being one of the best volleyball players that arguably I’ve ever played with. It’s really a lot of stress that we put on her, [but] she performs constantly.”

The Manhattan Beach, Calif., native garnered attention for her ability to affect all facets of the game. As the setter, Bain led Harvard in assists with 602 on the season. But despite the fact that she was aiding the attack of her teammates more than anyone else, she also led the team in kills per set with 2.63. In addition, she led the conference in service aces per set while finishing second on the team in digs per set behind junior libero Sindhu Vegesena.

“I think experience gave me a lot of wisdom going into every Ivy game,” Bain said. “I didn’t realize what was at stake for every single Ivy game and what mentality I had to have going into them freshman year. Everything was so new and fun that I didn’t feel any pressure. Sophomore year I knew there was more on the line.”

All-around performance was evident in the sophomore’s play in each game throughout the season. She recorded 10 triple-doubles in her second year with the squad, including one in each of the team’s final five matches that went to five sets. Two of those 10 triple-doubles even came in three-set sweeps, including a straight-set victory at Payne Whitney Gymnasium which handed Yale its first home conference loss in over two years.

Despite a breakout freshman campaign that earned her five Ivy League Rookie of the Week awards, the sophomore managed to improve across the board on the court this season. Bain managed to raise her hitting percentage even though she was more aggressive on the attack this season. She also recorded a higher amount of kills, assists, and digs per set than her first-year campaign.

Even in times of difficulty, Bain was a consistent performer and leader throughout the year. When the squad dropped two of the first three games on its conference schedule—significantly lowering its odds of taking home the Ivy League title—Bain didn’t dwell on the team’s slow start. The second-year standout rallied off three straight triple-double performances in victories to help right the course for the team, which would go on to win out its remaining conference games to finish the season with a conference record of 12-2.

“She performs so well under that pressure,” Holte said. “We couldn’t be more lucky to have her.

Bain’s season caught the attention of Ivy League and nonconference coaches alike. She was named to the All-Ivy First Team as a unanimous selection for the second year in a row.

“It’s really insane to me that she’s still just a sophomore,” Holte said. “She is really going to be an asset for us as a senior class to keep this leadership.”