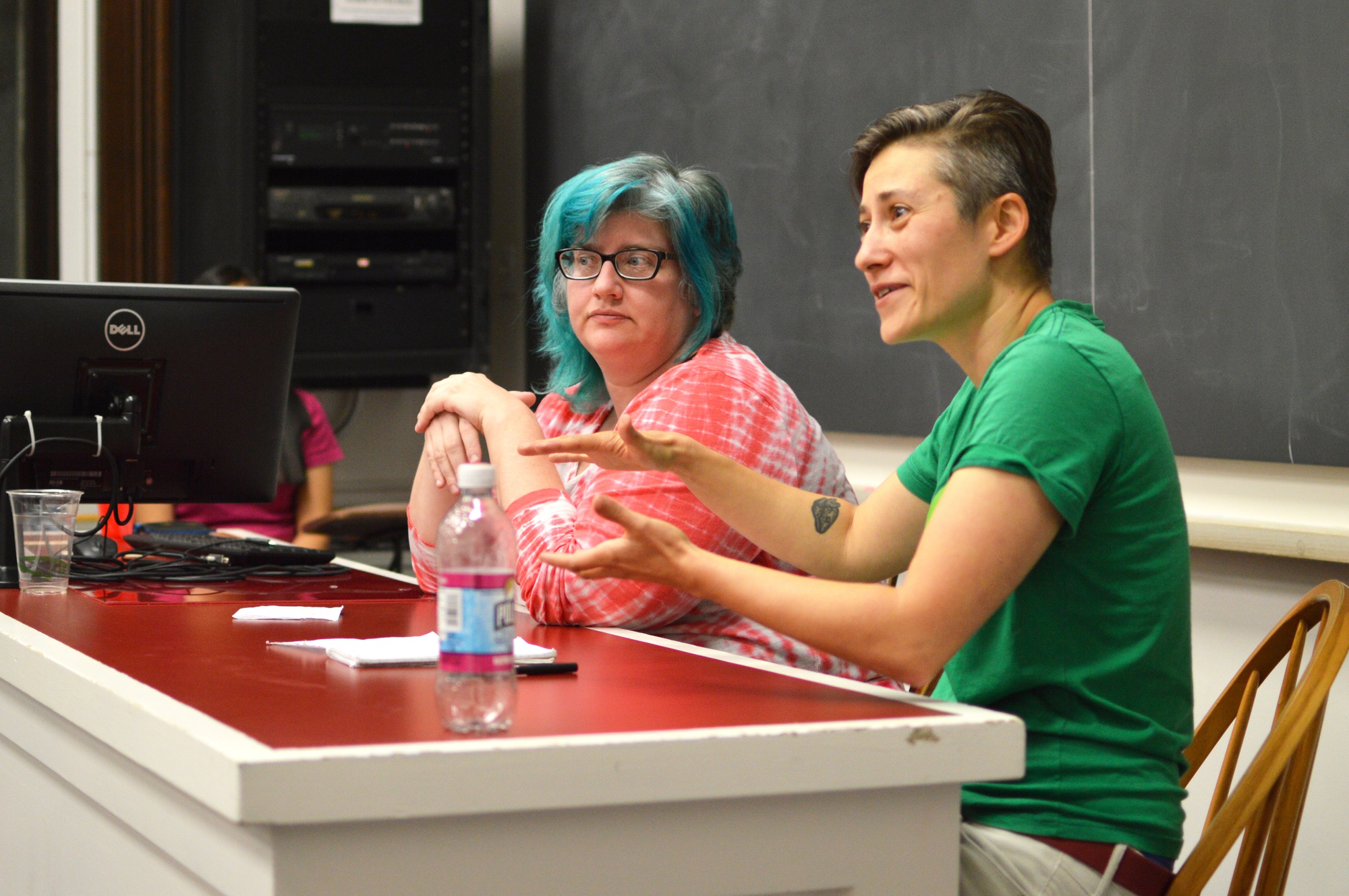 More than 70 students and faculty gathered on Monday evening for the kick-off event for Gender Inclusivity in Mathematics, a new organization devoted to discussing issues facing women and other underrepresented groups studying mathematics. 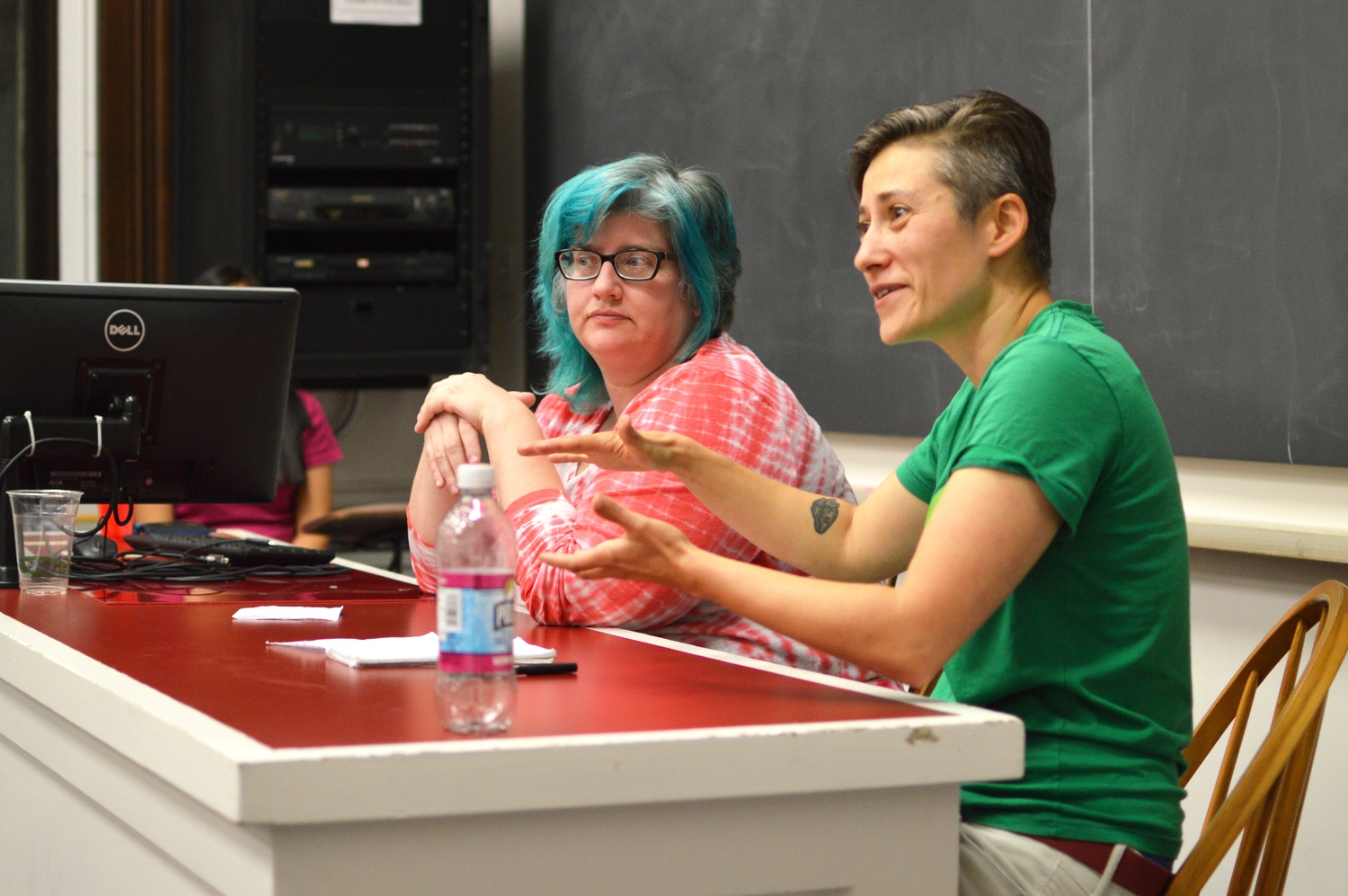 Inspired by the large attendance at a similar event hosted by the Harvard Undergraduate Mathematics Association in April, three students co-founded the group to continue confronting gender-based challenges in the field.

“We just felt like we had to do something, because so many people were rallied around this issue,” said Meena K. Boppana ’16, one of the founders, who started the group following work on a final project for a Studies of Women, Gender, and Sexuality course. Vikram Sundar ’18 and Amanda K. Glazer ’18 also helped found the group. 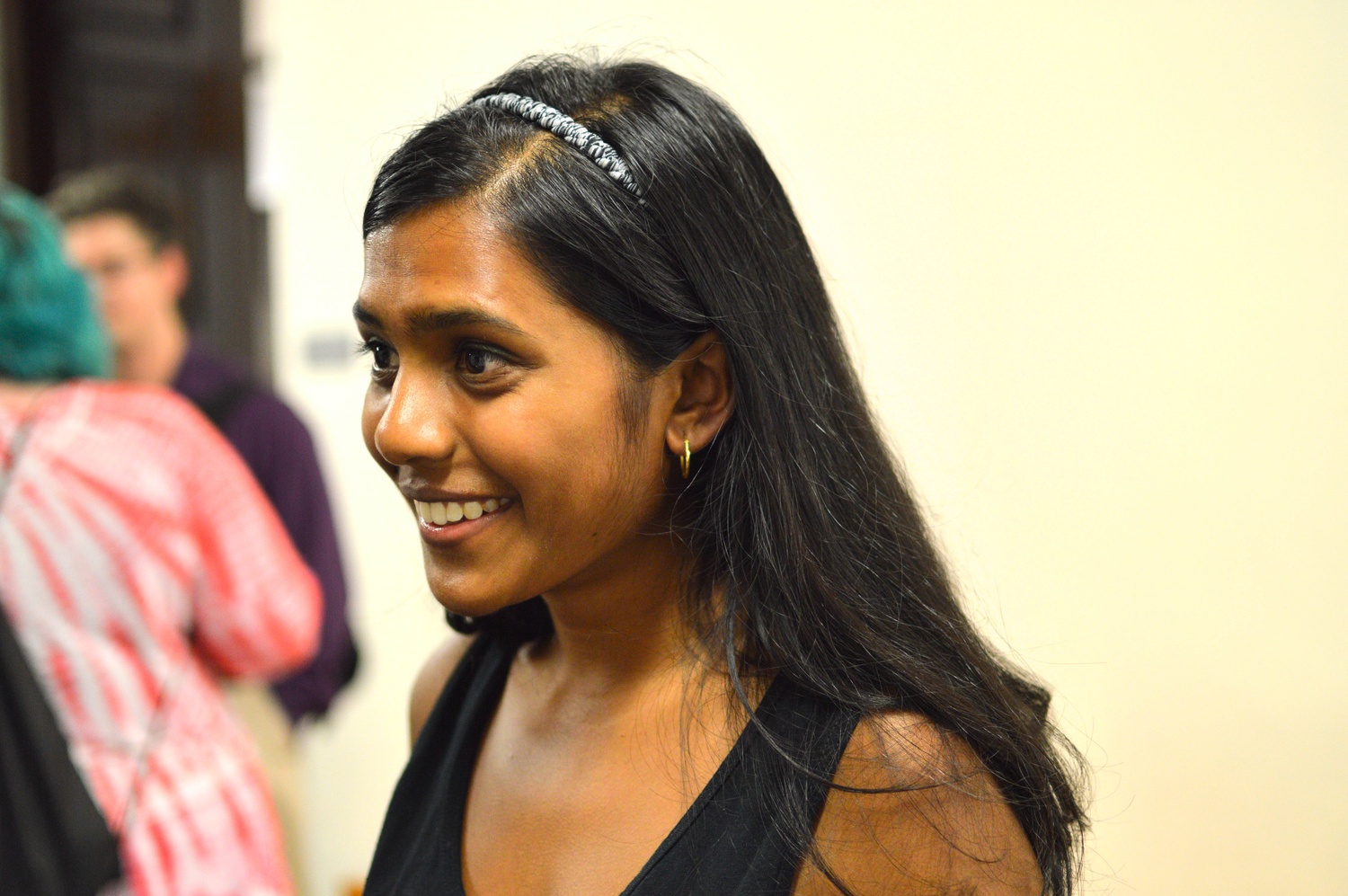 Two Harvard-educated mathematicians spoke at Monday’s event, the first in a bi-weekly series hosted by the group.

Cathy O’Neil, a former Barnard College professor who earned a Ph.D. from Harvard, and Moon Duchin ’97, a former math and women’s studies concentrator who is now an associate professor at Tufts, gave advice to aspiring mathematicians during their talk.

Having worked in academia, they also discussed the how giving awards or grants to underrepresented minorities in math may aggravate the gender gap.

The speakers further recounted various experiences that had taught them lessons about not being afraid of voicing their thoughts despite the risk of humiliation.

“You learn more when you ask questions, because you’re putting yourself at risk. Not just because you might look stupid, but because you’re actually responsible for understanding the explanation,” O’Neil said.