Clymer — a former Crimson president — died of pancreatic cancer in his home in Washington, D.C. on Sept. 10. He was 81.
By Molly C. McCafferty 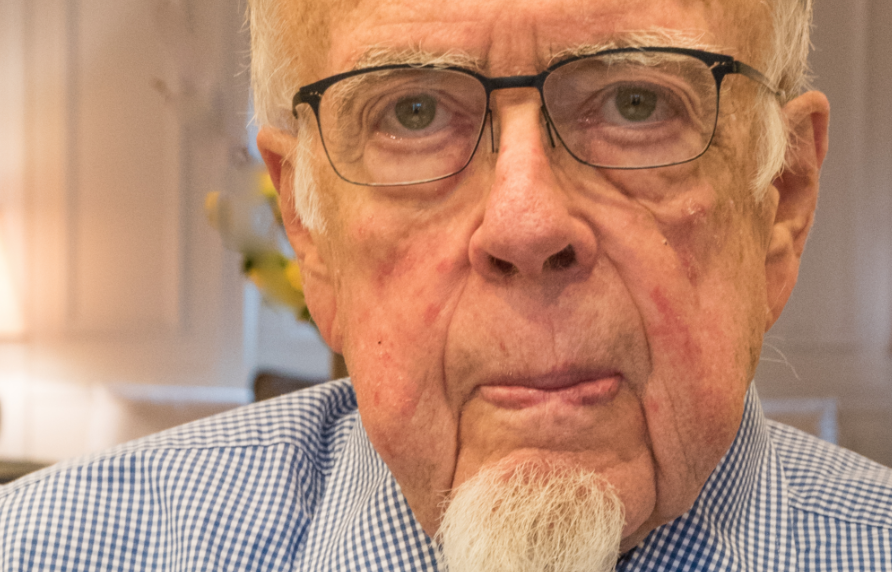 By The Crimson Photo Staff

The way Adam Clymer ’58 saw it, being called an asshole by the president of the United States was a badge of honor.

It was the fall of 2000 — in the thick of that year’s presidential race — and Clymer was covering a George W. Bush rally for the New York Times. Clymer had previously authored some relatively unfavorable articles about Bush, so — when the Texan spotted Clymer in the crowd — he leaned over to his running mate to alert him.

He was unaware that his microphone had picked up the exchange, broadcasting his aside to the crowd — and later, the nation. In the aftermath, Clymer appeared on the front pages of newspapers across the country, a phenomenon that Christopher Jencks ’58, a former college classmate of Clymer’s, said elicited “a big smile” from those familiar with his old friend’s work.

“By then, Adam was a distinguished journalist,” Jencks said. “It was fun to see him on the front page as a participant rather than an observer.”

“I think the ‘major-league asshole’ thing was a point of pride for Adam, even though his voice mail blew up with nasty messages from conservatives afterwards,” Maureen B. Dowd, a former colleague of Clymer’s and a long-time columnist for the Times, wrote in an email. 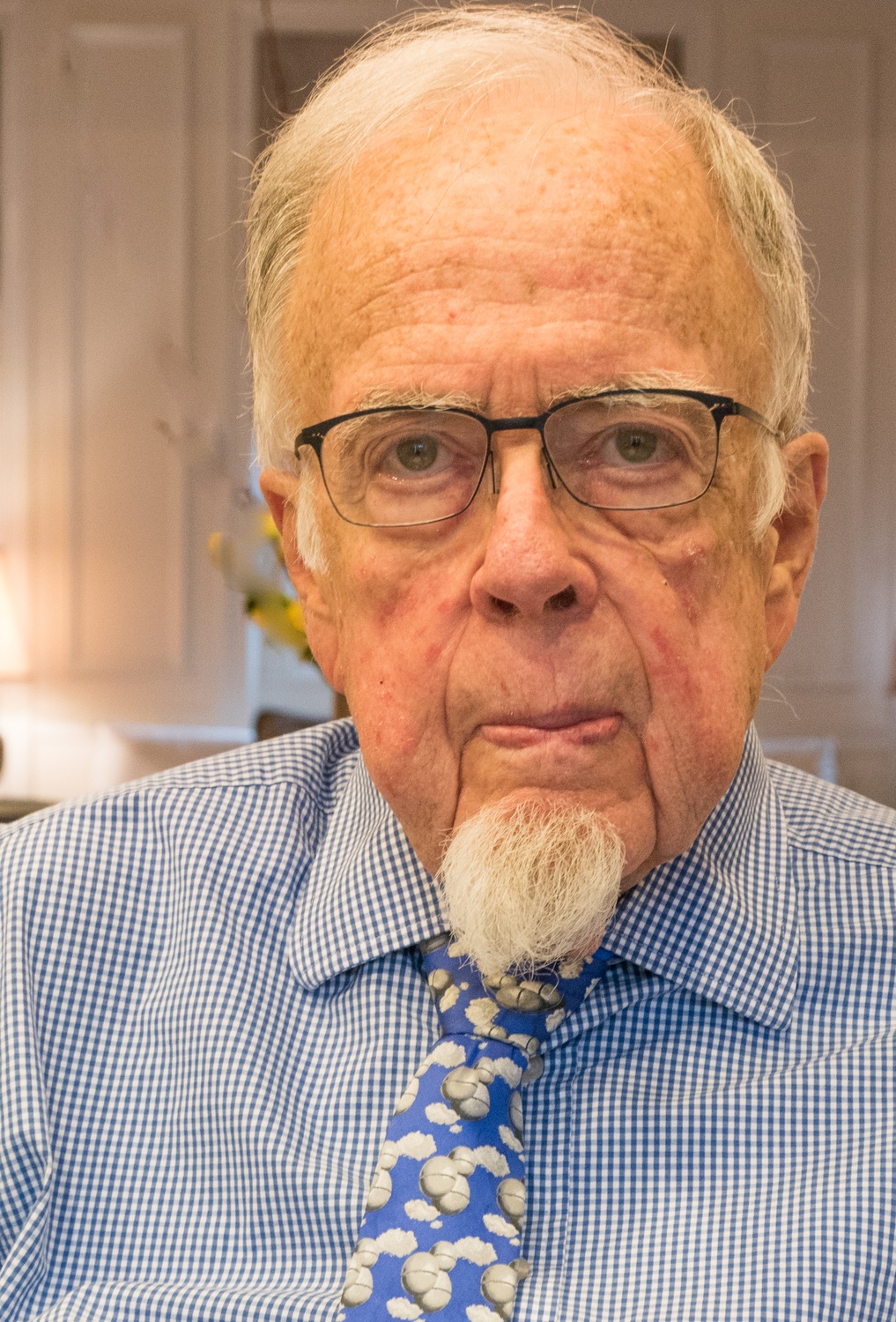 Adam Clymer, a groundbreaking political journalist and former Crimson president, died Sept. 10 at the age of 81. By Courtesy of Richard Burke

Clymer — a former Crimson president — died of pancreatic cancer in his home in Washington, D.C. on Sept. 10. He was 81.

During his long and storied career at the Times, Clymer covered, among other things, eight presidential elections, the Watergate scandal, and the Vietnam War. Outside of the newsroom, he wrote definitive histories of the life of Edward M. Kennedy and political drama at the Panama Canal. He was known among colleagues as a journalist and editor with an undying devotion to to “getting it right,” Jencks said.

Clymer got his start in journalism at The Harvard Crimson. There, he covered a wide range of topics, interviewing politicians including Adlai Stevenson and surveying local precincts in presidential races.

According to Jencks — who worked with Clymer at The Crimson and later served as an editor for the New Republic — it “wasn’t an accident” that Clymer rose through the ranks to become president of the organization.

“He was the kind of person who would become president of something or other,” Jencks said.

During his tenure as president, Clymer was a “main man” in the fight to grant Radcliffe women full status as Crimson editors, according to George H. Watson ’58, who served as Managing Editor at the time. Back then, administrators required that women who wrote for the paper obey strict curfews, complicating staffers’ ability to produce The Crimson every night.

Watson wrote that Clymer’s battle to remove these curfews “wasn’t easy,” noting that the young president faced serious objections from both Harvard and Radcliffe administrators.

“One [objection] I remember was safety,” Watson wrote. “It was always after midnight before the paper ‘went to bed,’ so, was it safe for a young woman to walk from Plympton Street back to Radcliffe at that late hour? Adam’s answer is, ‘We will call a taxi.’”

Clymer ultimately gained his point, ushering in a new era of gender equality at 14 Plympton St.

He was a pioneering president in more ways than one.

In 1957, when President Dwight D. Eisenhower sent the 101st Airborne to integrate nine African-American students into a segregated high school in Little Rock, Arkansas, Clymer saw an opportunity. Insisting that The Crimson “was not merely a campus newspaper,” he sent Watson to Arkansas to cover the now-infamous standoff over the Little Rock Nine.

“Adam insisted I should report from Little Rock,” Watson wrote. “I spent a week (neglecting classes) reporting on that notable time of racial integration in schools.”

The move was typical of the philosophy to which Clymer adhered throughout his career, according to peers. As former New York Times columnist Eugene J. “E.J.” Dionne ’73 put it, Clymer knew “what matters tomorrow morning” and also “how this fits into a much longer American story.”

“He was meticulous about facts and rigorous about accuracy and had an encyclopedic knowledge of politics,” Dowd wrote.

“He was a stickler about words, particular words,” Dionne said. “He had a very particular affinity about using words that he thought were ‘proper.’”

Clymer took a particular interest in polling and data. He helped establish the New York Times/CBS News Poll, which his friend and executive editor of STAT Richard L. Berke called “the first poll of its kind” and “the first time a network and a news organization truly worked together.”

“He was sort of a pioneer in thinking about explaining the intersection between politics and policy and what’s on the mind of voters,” Berke said.

Over time, Clymer rose through the ranks at the Times to become — at various points — a polling editor, a politics editor, and a chief congressional correspondent.

Even as Clymer’s professional star soared, he never forgot about people. He could be prickly at first blush, Dowd conceded — but it didn’t last.

“The first impression of Adam was that he was very gruff and condescending. But he soon proved to be a very kind man and a great mentor, especially for women,” wrote Dowd, now a Pulitzer Prize-winning writer for the Times. “He was a dedicated feminist who unfailingly supported women at the paper.”

In a 2008 interview with The Crimson, Clymer said he had particularly enjoyed mentoring young journalists like Dowd, Dionne, and Berke while he worked as an editor.

“He was very dedicated to that sort of outreach and complimenting someone when they deserved it,” Berke said. “Many reporters would get notes from him more than they did their own editors, complimenting their work.”

Clymer is not survived by any immediate family members — his wife, Ann, died in 2013, and his daughter, Jane Emily, was killed by a drunk driver in 1985. In lieu of close relatives, prominent journalists — many of them former colleagues from the Times and Crimson alumni — took to social media last week to memorialize the man.

Clymer retired from the Times in 2003. In his leisure years, he once again took over leadership of The Crimson, serving as chair of the paper’s graduate council from 2003 to 2008. Berke said Clymer frequently spoke of his love for the student-run publication.

When Clymer turned 60, Berke gifted him a mock Crimson front page adorned with a caricature of Clymer drawn during his presidency. Since 1953, every single Crimson president has sat for a similar cartoon. Clymer’s picture hangs in The Crimson’s newsroom today alongside those of his predecessors and successors.

Clymer told The Crimson in 2008 that he decided to retire from writing because “full-time work interferes with fishing,” a lifelong passion of his.  He was “extraordinarily active” up until his death, according to Watson; even though suffering from multiple illnesses and dependent on a walker, Clymer recently traveled from Washington to Montana to spend a week fly fishing.

A few days before dying from pancreatic cancer in his bed in the early hours of the morning, Clymer nabbed a four-pound trout. It was a personal record.

He also continued to write about politics for the Times into his eighties, penning obituaries for several politicians he had interviewed in years past. Robert H. Sand ’58, who served as editorial chair of The Crimson while Clymer was president, noted that two of these obituaries ran in print less than a week before Clymer’s death.

“Two byline pieces up on the Times,” Sand said. “That’s a nice tombstone.”