‘I’ll let you throw the skulls in, but you cannot throw the whole heads in.'
By Carl F. Denton

When I meet Zephaniah “Zeph” Ozaroff of Cambridge Brewing Company and ask what possessed him to brew beer with sheep skulls, he gives me several answers.

He begins by explaining that the black metal band Gorgoroth, whose onetime lead singer Gaahl was an avowed satanist, gave the beer its name: For Those Who Hear The Whisper. Gorgoroth, Zeph says, became infamous in 2004 for a performance later known as Black Mass Krakow, which featured sheep’s heads on stakes, a variety of satanic symbols, and a large quantity of sheep’s blood, sprayed around the stage and into the crowd. Hence the sheep skulls.

Zeph, who sports short hair and a foot-long beard, next describes the technique for making this beer. He gives me a tour of the massive brewing equipment and the fermentation tanks then tells me about phenolic profiles and esters, compounds that generate a beer’s aroma. Zeph tells me that For Those Who Hear The Whisper has notes of cherry and dates from the Belgian candi syrup and a hint of chocolate-covered cherry from the esters. “The idea was to make a dark beer for people who don’t think they like dark beer.”

I am no expert, but the beer tastes good. 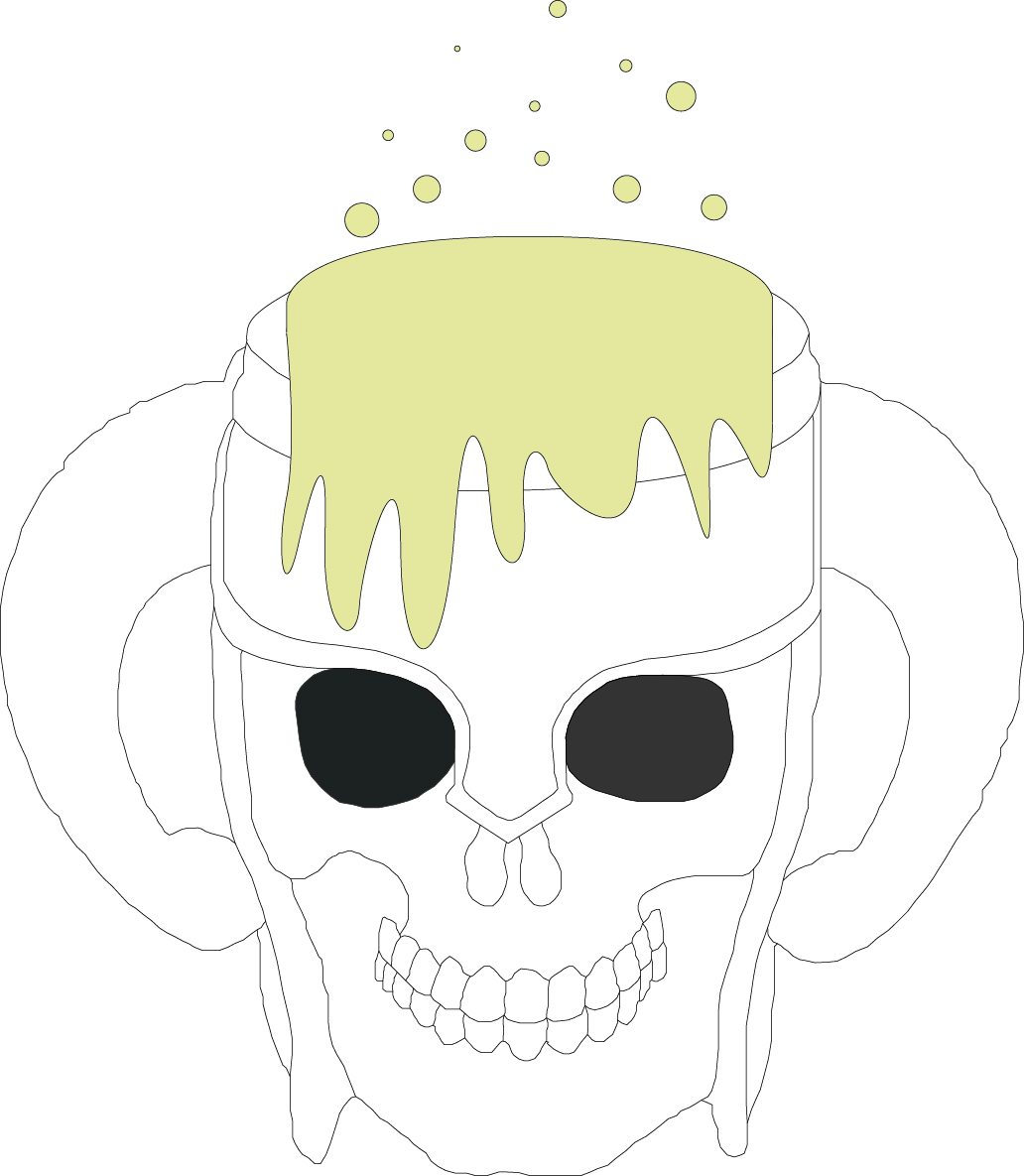 This October marks the 12th year of Cambridge Brewing Company’s Great Pumpkin Festival, which features pumpkin-flavored beer from around the country, as well as seasonal beers, like For Those Who Hear the Whisper, made by CBC’s own brewing staff. “For the most part the people around here aren’t, like, metalheads,” Zeph says. “But it’s Halloween, it’s spooky… it was a good time.”

Over the past 30 years, CBC has been a steady and reliable presence in Kendall Square; it is one of the oldest craft breweries in Boston. Will Meyers, CBC’s brewmaster, has been at the helm of the organization for 26 years and acts as a mediating force in the brewery.

“Will said, ‘I’ll let you throw the skulls in, but you cannot throw the whole heads in,’” Zeph says. “And I will say, retrospectively, I am grateful that he did that. Really, I am very happy with how this beer turned out.”

CBC’s sheep skull beer is far from the first beer brewed with meat. Zeph cites Earth Eagle Brewings in Portsmouth, NH as a personal inspiration: “The first time I had a meat beer from them it had calf hearts and livers in it. I had one that had an elk head in it… And those were surprisingly drinkable beers.”

Earlier this year, Zeph and Meyers also brewed a beer called Burnt Weeny Sandwich that incorporated hot dogs and hot dog buns into the fermentation process. That beer had been named after an album of the same title by Mothers of Invention. “Sometimes I would come up with a name, or a turn of phrase or a song title or whatever, and then that was the platonic ideal that I would try to build towards,” Zeph says.

Zeph has been a brewer at CBC for a year and four months. Before that, he worked as a baker and a cook, and brewed beer at home. And — no surprise — he’s played guitar in metal and hardcore bands since his teenage years.

“[Gaahl] refers to black metal as sort of a ‘war for those who hear the whisper,’” Zeph says. “If I had heard that turn of phrase when I was 15 and first, like, being angry and playing guitar, I would have been like ‘Oh that’s the name of my new song, I’m so mad!’ So now [this beer] is kind of a different way to funnel my creativity.”

I ask whether the sheep skulls change the flavor of the beer. Zeph says no, the skulls don’t really change the flavor. “But again, you know,” he says, throwing up a hand sign. “It’s metal.”