What the Hell Happened: The Disney Live Action Remakes 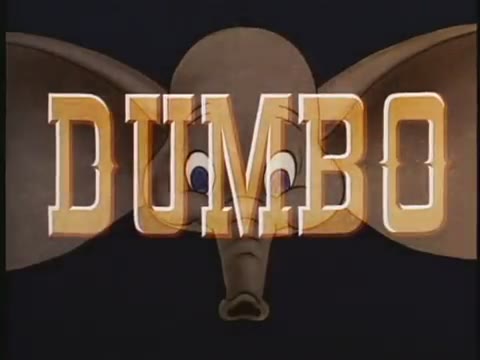 By Courtesy of Wikimedia Commons
By Derrick Ochiagha, Contributing Writer

Believe it or not, nine years have passed since Tim Burton’s “Alice in Wonderland” shocked film pundits and audiences alike by scoring a massive $116.1 million opening weekend, en route toward a total gross of over $1 billion worldwide. Despite earning mixed-negative reviews from critics (a middling 51 percent score on Rotten Tomatoes), audience sentiments were loud and clear: They wanted more live-action remakes from the House of Mouse.

Accordingly, Disney greenlit multiple remakes of their animated classics in quick succession. “Maleficent,” a riff on Disney’s classic “Sleeping Beauty” fairytale, was released in 2014. 2015 saw a live action redo of “Cinderella.” Jon Favreau's take on “The Jungle Book” was released in 2016 alongside an “Alice” sequel. And 2017 saw Disney’s biggest hit to date with this new sub-genre, as their live action adaptation of “Beauty and the Beast” stunned box office analysts by earning nearly $1.3 billion worldwide. Up to bat this year are new takes on Disney favorites “The Lion King” and “Aladdin,” along with a remake from the very man who started the trend: Tim Burton’s “Dumbo” was recently released on March 29.

“Dumbo” was a disappointment. Earning just $116 million in its global debut, it's likely the film won't be able to turn a profit when considering its massive expenses (a $170 million budget before marketing). The question then becomes, why? Why did Alice break box office records while Dumbo got left in the dust? What the hell happened?!

The films that make up the Disney canon aren’t all equally beloved.

Not every movie is a “Beauty and the Beast.” While audiences across generations can likely sing a bar or two of “Be Our Guest,” the same can’t be said for much of Disney’s library. So while we might expect a new take on Disney’s iconic “Cinderella” film to be a global success worldwide, it’s probably unwise to assume all films can live up to that standard. Maybe modern audiences are simply not nostalgic for “Dumbo” in the way that they are for a “Lion King.” Even if Dumbo is remembered as a character, that doesn't necessarily mean audiences want to see his story retold on the big screen.

The remake plots all feel the same.

“Dumbo” might also have suffered from audiences growing tired of the kinds of plots chosen for the live action remakes, as they have gotten increasingly similar over the years. Viewers might wonder why they should see a curious young girl venture into a magical world with “The Nutcracker and the Four Realms” when they just saw Alice venture into Wonderland. Why should they watch Mary Poppins help a father regain the joy of childhood in “Mary Poppins Returns” when they just saw Winnie the Pooh do the same with Christopher Robin? Purposely or not, the creative heads at Disney seem to be more-or-less repeating themselves with each succeeding picture, and audiences may feel the plots of these films have run stale.

Tentpole blockbusters are simply not a huge deal anymore.

The notion of a live action Disney fairytale isn’t the spectacle it once was. When “Alice” was released in 2010, big budget 3D features were still a relative rarity. “Alice in Wonderland” was the first film to capitalize on the audience demand for an immersive fantasy world created by “Avatar” three months prior. In 2019, however, studios routinely spend hundreds of millions of dollars on any number of films: The last four months alone saw films like “Aquaman,” “Alita: Battle Angel,” and “Captain Marvel” — to name a few — get budgets that would have turned heads a decade prior. When flashy new blockbusters essentially become par-for-the-course, it’s no wonder why a film like “Dumbo” might struggle to stand out.

The live action Disney remakes aren’t going anywhere anytime soon. With “Aladdin” and “The Lion King” already on tap for this summer, Disney has a “Maleficent” sequel scheduled for October, a “Mulan” remake opening in March of 2020, and retellings of “The Little Mermaid,” “The Hunchback of Notre Dame,” and “Lady and the Tramp” currently in the development stage. If Disney does not want another Dumbo-level failure, they have to budget their films with audience demand in mind, acknowledging that flashy special effects aren’t enough anymore, and diversify the kinds of stories they’re telling. They’d be dumbos themselves not to do so.