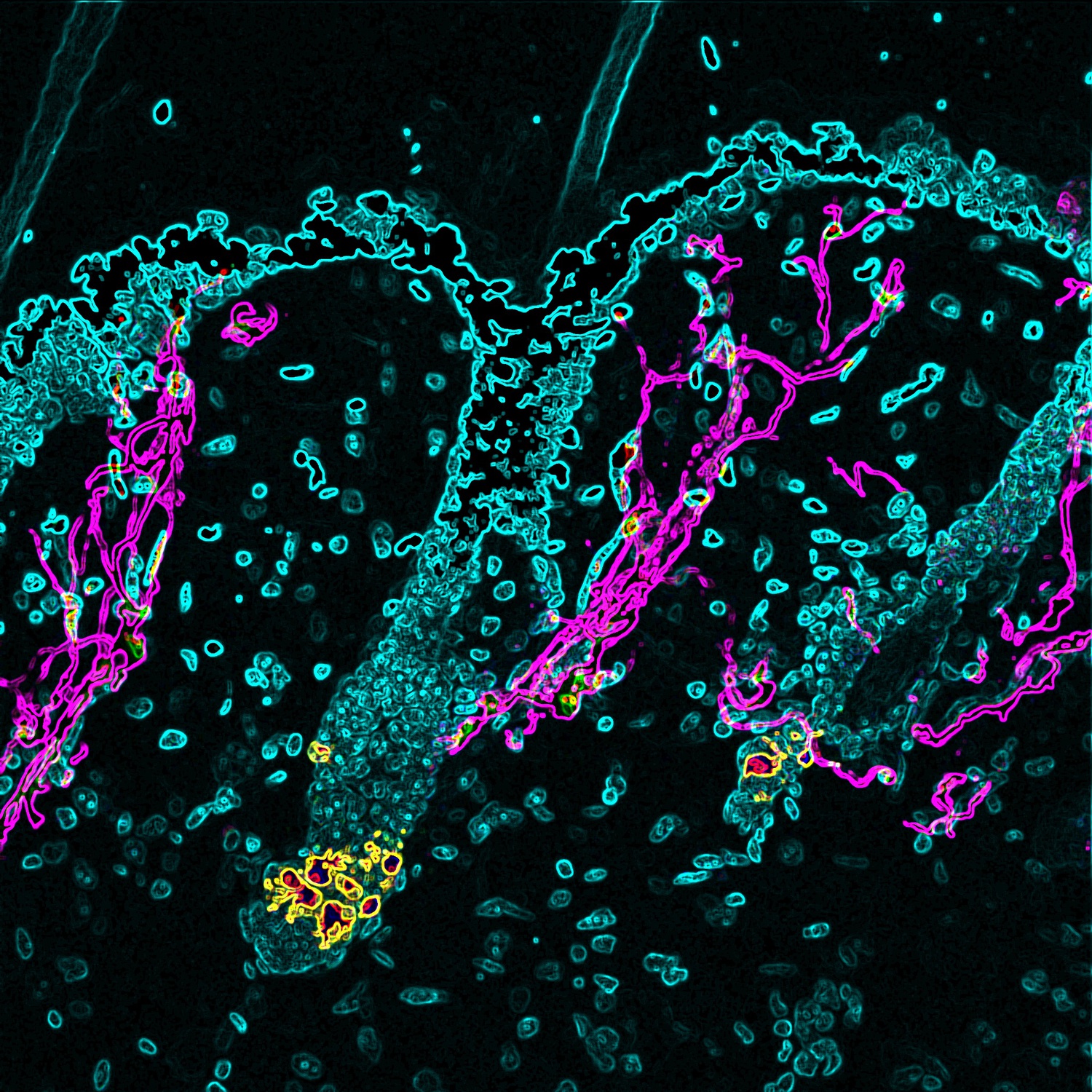 Harvard researchers unveiled a mechanism that may explain the link between gray hair and stress. By Courtesy of Hsu Laboratory, Harvard Department of Stem Cell and Regenerative Biology
By Ethan Lee, Crimson Staff Writer

A group of Harvard scientists and Brazilian researchers released a study Wednesday showing that hair pigmentation loss can be at least partly attributed to stress.

While initially conducting experiments on pain using mice, a team of Brazilian scientists affiliated with the Center for Research on Inflammatory Diseases made a surprising discovery – inducing pain upon the mice consistently caused their fur to turn white. Thiago Mattar Cunha, a researcher at the CRID, said in a press release that the team theorized stress was the key factor in these tests.

“We set out to check the hypothesis that the loss of fur color resulted from pain-induced stress,” Cunha said. “We designed a very simple experiment to see if the phenomenon was dependent on activation of sympathetic nerve fibers.”

Cunha — along with a group of scientists at Harvard who separately made the discovery — found that stress increases activity in the sympathetic nervous system, the network that controls the body’s “fight-or-flight” response to stress.

The research may pave the way for future studies into the physical impacts of stress, according to Ya-Chieh Hsu, the study’s senior author and a Stem Cell and Regenerative Biology professor at Harvard.

“Our discovery of the connection between the sympathetic nervous system and this stem cell population raises many questions about how stress might be affecting cell and tissue regeneration throughout the body,” Hsu wrote in an email to The Crimson. “It opens up many different avenues of research that we hope will lead to progress in addressing the health impacts of stress, and its potential connection with ageing [sic].”

For instance, Hsu wrote that she hopes the new findings will help researchers find a way to prevent negative impacts of stress — a problem for which there is no clear solution.

“One of our experimental validators had a protective effect in the mice we studied,” Hsu wrote. “However, I would like to also emphasize that there is still a long way from having an intervention for humans that is both safe and effective. Our study is the start of a long journey to discovering and developing interventions, but identifying the mechanism is always the key first step.”

The team plans to expand its research by working with peers in Cambridge to investigate other possible effects of stress.

“We have some exciting new collaborations planned with our colleagues within the Harvard, MIT, and [Harvard Stem Cell Institute] community, and we hope to look more deeply into the potential links between stress and other stem cells in the skin, as well as to explore interactions between nerves and stem cells in the skin,” Hsu wrote.

—Staff writer Ethan Lee can be reached at ethan.lee@thecrimson.com.