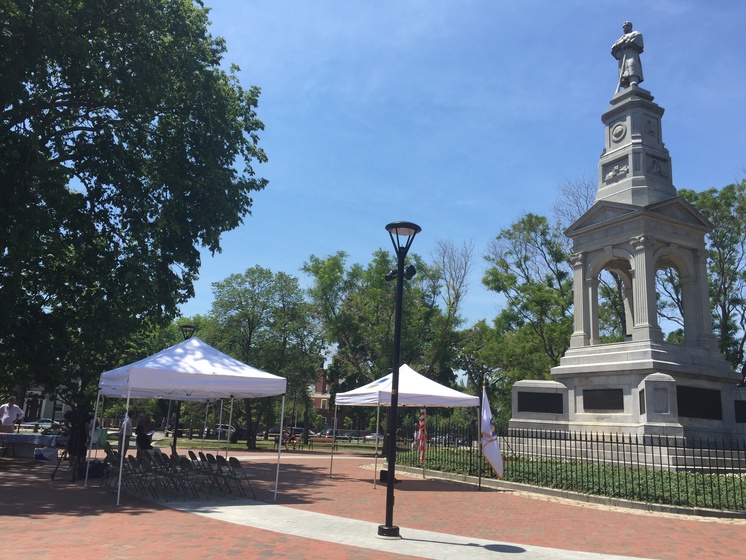 Tell-all of a Tellus Tale

A small blue house stands out from Garden St.’s otherwise brick exteriors, a sign reading “Tellus” hammered above the door. To most passersby, the Tellus Institute probably looks like an inconspicuous front. Perhaps it’s just another Cambridge family home or a mysterious Harvard research facility. Maybe Tellus is a Greek word, and it’s a frat house in disguise.

Despite its notorious humdrum, the walk from Harvard Yard to the Radcliffe Quad retains at least one mystery: Across the street from Cambridge Common, a small blue house stands out from Garden St.’s otherwise brick exteriors, a sign reading “Tellus” hammered above the door. To most passersby, the Tellus Institute probably looks like an inconspicuous front. Perhaps it’s just another Cambridge family home or a mysterious Harvard research facility. Maybe Tellus is a Greek word, and it’s a frat house in disguise.

Tellus’s interior offers little more clarity. In a small side room, workers sit silently at computers. It’s unclear if the computers are on.

White has spent nearly 20 years planning for his future on “Earthland.” The Tellus Institute website defines Earthland as a place of interdependence between Earth and humanity, “an overarching proto-country.” White is satisfied with this definition. “Earthland” acts as a guiding north star for White and a handful of colleagues at the Tellus Institute, who describe their work as “envisioning and building global futures.”

“We have transformed from issue-specific concerns to a more holistic global futures institute,” White tells me. “It’s a blend of theory, research, and advocacy.” It’s vague, he concedes, but he suggests there is clarity in the Institute’s history.

When physicist Paul Raskin founded the Institute to combat the nuclear energy crisis of the late 1970s and 1980s, his mission was immediate and practical. He sought a community of ex-academics such as White who would leave their university positions to work “on-the-ground” for tangible solutions to problems in energy policy.

Raskin’s team of geologists, mathematicians, theorists, economists, and political scientists soon grew into a large non-profit consulting group and moved into Back Bay. From their business brownstone in Boston, the Tellus Institute worked for three decades to advise corporations on sustainability, democratize access to non-nuclear clean energy, and fix broken infrastructure around the world.

In the early 2000s, the Institute took a left turn, downsized considerably, and moved into its current blue house on Garden St. In this house, their work has been guided by Raskin’s recent publications, “Great Transition” and “Journey To Earthland.” Somewhere between manifestos and peer-reviewed articles, these books began Tellus’s work in global futurism. They propose that humankind is undergoing a “great transition” akin to the agricultural or industrial revolutions. The texts predict that either “market forces” will hyper-rationalize society to a dangerous extreme, or the world will barbarize into factionalism and violence as inequality rises and crises magnify.

The Tellus Institute, White explains, offers a forum for discussion on theory and organizing for a world that steers us away from these possibilities. Perhaps, White says, there is hope for a future of local eco-communalism. White is quick to assure me that this “food co-op approach is only one of many possibilities we discuss in our journal.”

White is, of course, referring to Tellus’s online journal on global futures, “Great Transition Initiative.” White says the true work of Tellus happens on this forum, where academics, reformers, and theorists from around the world contribute their visions of “holistic futures.” Article topics range from dense economic modelling to treatises on political theory. “Great Transition Initiative” strives to “planetize the movement.”

White’s baritone cascades easily through Tellus’s doctrine. He is unfazed by uncertainty and vagueness. Listening to White, only this is clear: Tellus does not seek immediate answers. It neither proposes immediate solutions nor attacks immediate problems.

Still, the Institute publishes often in the “Great Transition Initiative,” hosts conferences with Harvard researchers down the street, and serves as a very real forum for debate on a “planetary scale.” This, to White, is the value Tellus offers the world. It offers a chance for people of all disciplines to think about their collective future, something he claims is all too rare as academics become more and more “pigeon-holed” into their specialties. The Institute’s weirdness is its virtue.

“This is a moment of intense uncertainty,” White says. “We feel our job is to be there to offer a path, to say here are the changes, here are the methods to make these changes.”