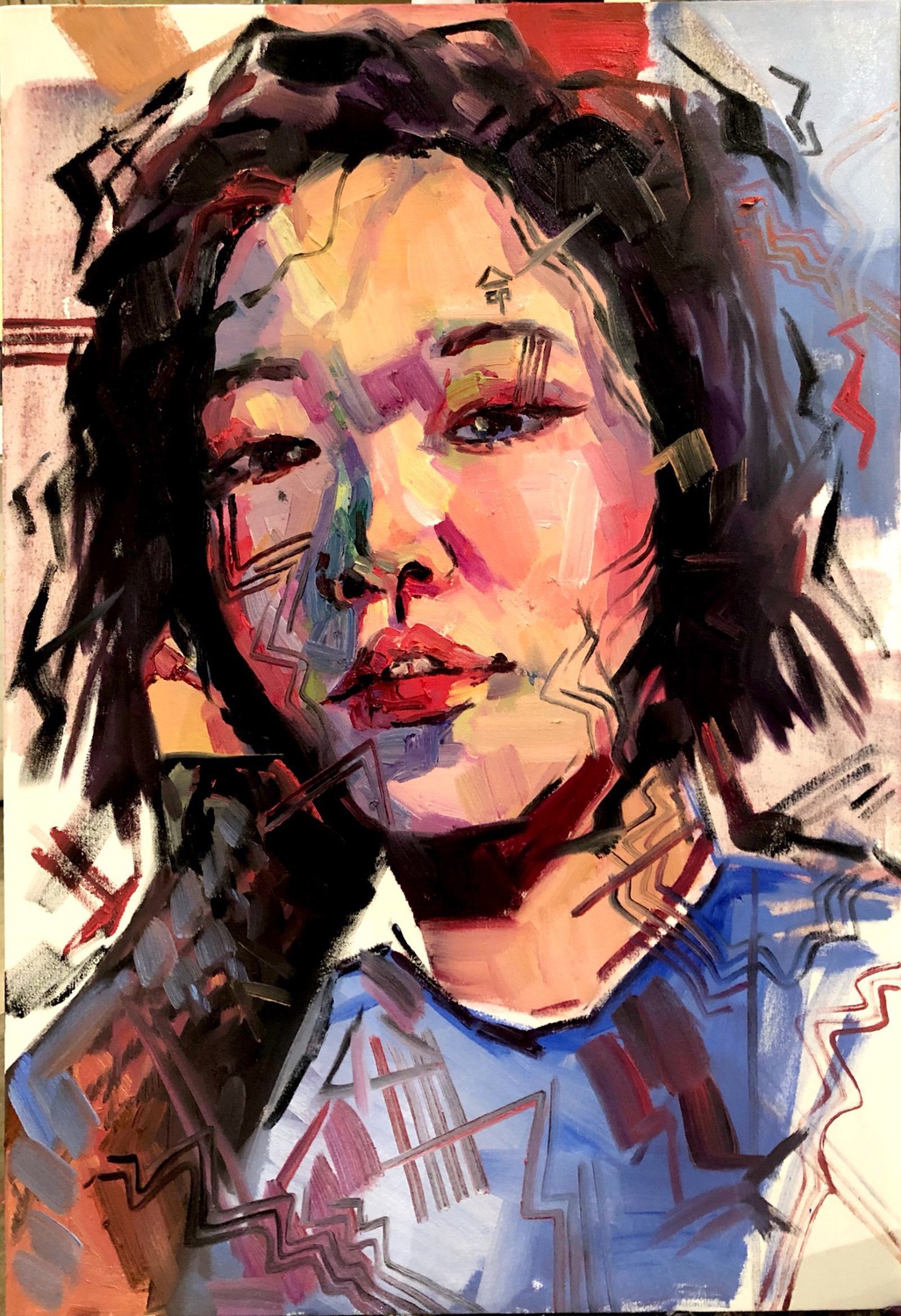 An origami crane is a carrier of ill-fated hope.
There must be at least one thousand folds in every scientist’s mind
and probably even more in a mathematician’s.
After all, they are trained
in industrial-size panopticons
in the art of collapsing space.

There must be many folds in the body of a programmer
to fit so many hopes inside.

Last week I stapled my hand. It was an accident. I didn’t puncture skin — no, I only know how to bleed internally. Internal lacerations only. Silent wounds only. Closed mouths only. Under-the-skin bruising only. Don’t hit where it shows. Nothing gaping. This rule enforced by police.

When it heals, the blood is still trapped under skin. Buried. It looks like a purple tattoo of a semicolon from a certain angle or an exclamation point from another. But mostly, it just looks like a staple.

Last week I fell off a table — don’t ask me why I was on it in the first place. Point is, I fell. My leg caught on the sides, edges, corners of the table. It didn’t hurt until days after. It didn’t show until days after. There are three great masses of yellow and purple dulling the side of my left leg. They look like clouds. Or galaxies. There are galaxies buried in my left leg. Some wounds take longer to surface. Some wounds never surface and yet, internally, there has been a great puncture of sorts, a bleeding that will not be staunched, buried iconoclasm. It will destroy history, it will be history. It will create black holes in your body.

Nirvana, or blow out. Blowing out. Supreme, complete, utter annihilation. The extinguishing of. The blowing out of. The passing out from.

The final integration. From an illusion of an individual self into cosmic flux. To become, to embrace, to be cosmic flux.

“No permanent entity transmigrates from body to body, and all things, including the individual, are in a state of constant flux. But each act, word, or thought leaves its traces on the collection of the…constituents that make up the phenomenal individual…this process goes on throughout life.”(1)

Or a black hole, maybe.