Freshmen on Their Last BoardPlus Swipe 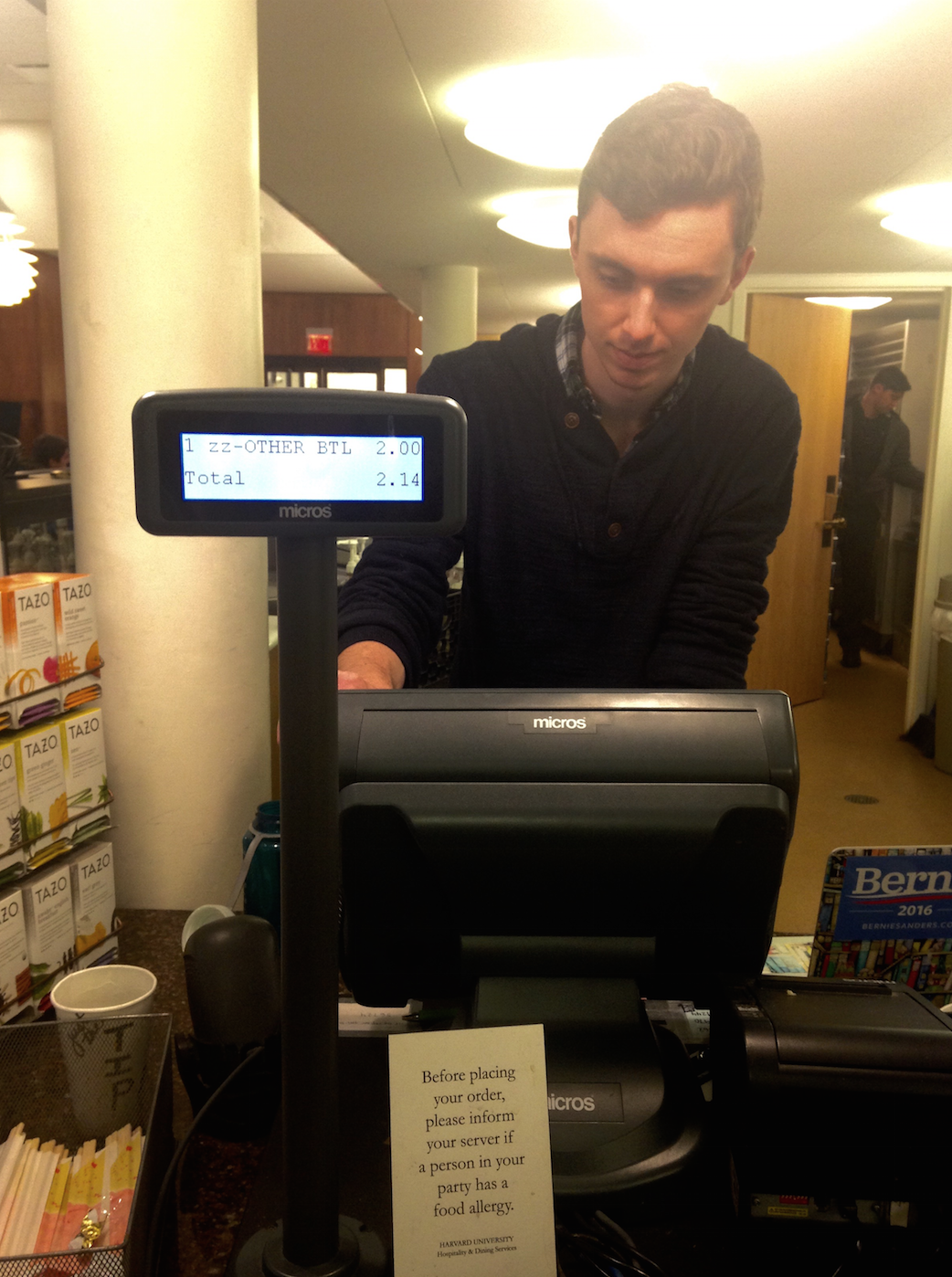 Lamont Cafe barista Mike A. Skerett '18 swipes $2 off of a poor freshman's BoardPlus. By Bettina Edelstein

It’s not everyday that one is able to witness a watershed moment in a classmate’s life. However, on Monday, November 30th, Flyby was given this rare opportunity.

Lamont Cafe had a quiet, early evening buzz. Aashay A. Sanghvi ‘19 approached the checkout-counter, unsuspecting. He handed his small white card over to the cashier, and was handed his snacks. Little did he know, however, that his innocent swipe also marked the end of his BoardPlus.

“My life will probably change,” he told us, as he stared at the $0.00 in disbelief. “Won’t have as many late nights in LamCaf.”

Despite the loss, Sanghvi has no regrets about Board Plus purchases: “I feel pretty good about my last one, not going to lie.” It was Poptarts and Oreos, two common snacks for Sanghvi. He said he spent about 90% of his Board Plus on Poptarts and Red Bull.

For Dylan H. Wong ‘19, the end was not as welcome. “I was at Elliot House Grill, and the mozzarella sticks maxed me out. I wouldn’t have minded, but today they were soggy. Not ideal, but I’ll move on.”

It’s not every student who can be so laid-back about the prospect of finishing their BoardPlus. Isabelle H. Jaffe ‘19 has $2.00 left, and she’s staying there. “I’m not ready to say goodbye to my Board Plus– I’m happy hovering near the edge.” If that’s not reason enough, finding an item that uses all but not more than her remaining $2 is also a challenge Jaffe is not up for.

While some students guard against the loss of their Board Plus, others are celebrating the beginning. Take Katherine V. Harrison ‘19, for example, who only discovered BoardPlus this week. “I felt like a fool when I found out BoardPlus did exist because I had used my [credit] card to buy mochas so many times,” Harrison explained.

Luckily, a friend enlightened Harrison of this rare Harvard bargain before it was too late. “Everyone else was doing it but I didn’t know. I was left out and I didn’t even know I was left out!”