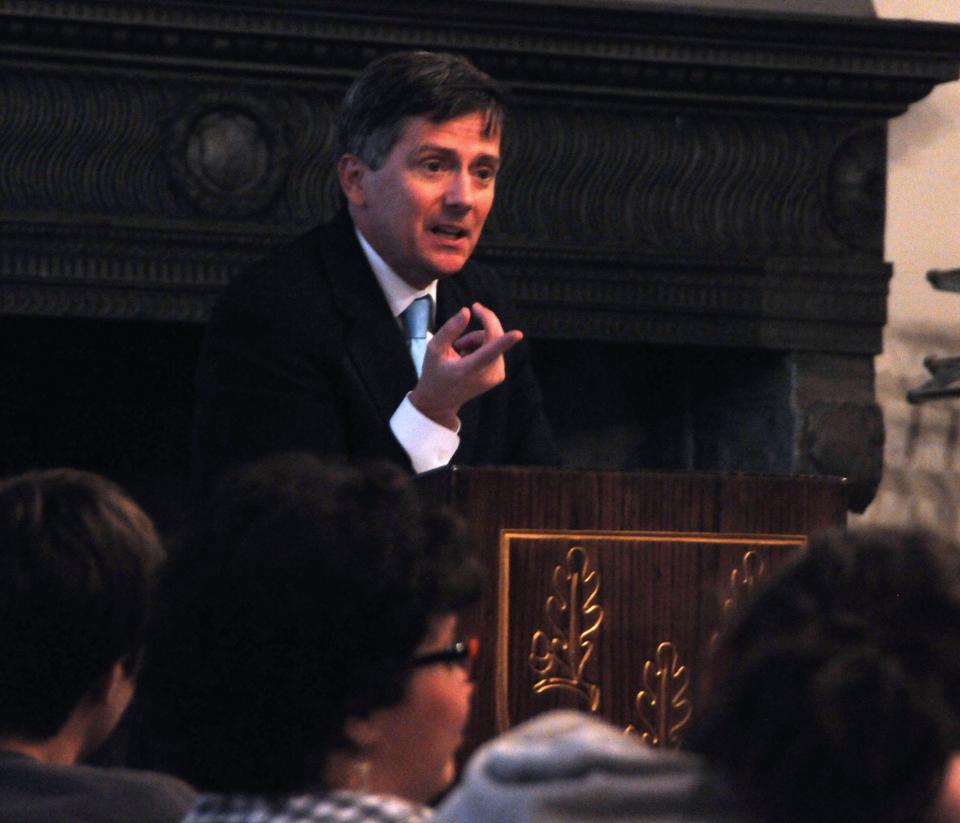 Sean Faircloth, former Majority Whip of the Maine State Legislature, speaks yesterday afternoon in the Adams LCR about the importance of secularism in American politics. He is currently the Executive Director of the Secular Coalition for America and is advocating for fairness and equality in the midst of the upcoming elections. (CORRECTION: An earlier version of this caption incorrectly called Sean Faircloth the Majority Whip of the Maine State Legislature, instead of the former Majority Whip. The caption has been revised to reflect the error.)