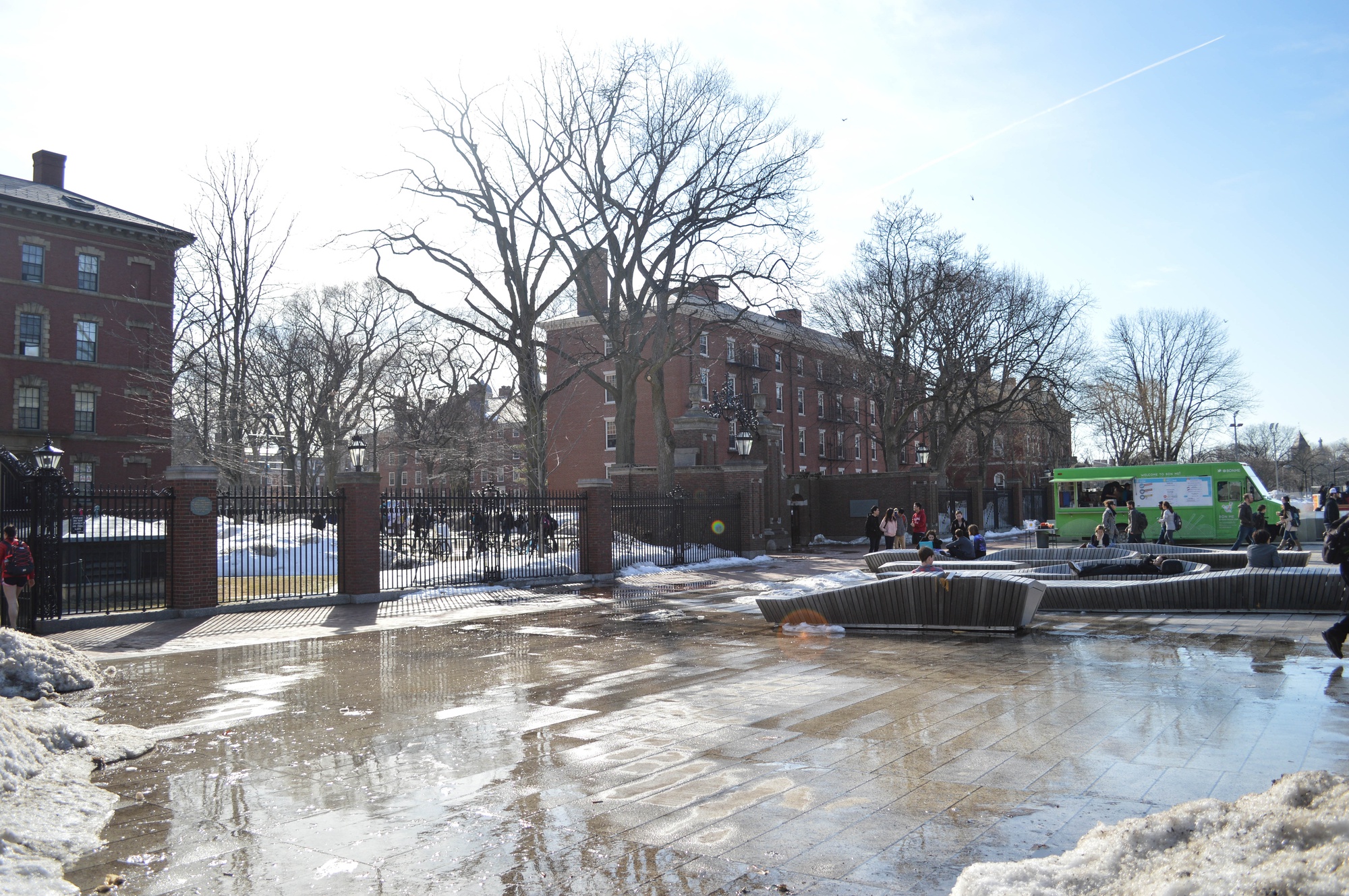 Typically held in Boston, the freshman formal for the Class of 2018 will be held in the Science Center Plaza following a banquet in Annenberg on April 29th this year. By Y. Kit Wu
By Annie E. Schugart, Crimson Staff Writer

This year’s freshman formal, which will take place Wednesday on the Science Center Plaza, will feature an “incidents tent” near the main event for students seeking medical treatment, according to formal co-chair Gretty Garcia ’18.

Traditionally held in Boston, organizers decided to hold the annual event on campus in anticipation of concerns from Boston hotels about liability risks that could arise from hosting the formal. In addition to the introduction of the incidents tent, the location change resulted in several other security and financial shifts for this year’s iteration of the event, said Garcia and fellow co-chair, Wyatt M. Robertson ’18.

Garcia and Roberts, along with members of the First-Year Social Committee, have been planning the formal since late November, Garcia said. But without a hotel host to help with logistical planning, they have seen an increased workload in preparing for the event, according to Katherine W. Steele, the College’s director for freshman programming. Steele oversees the event alongside the FYSC. 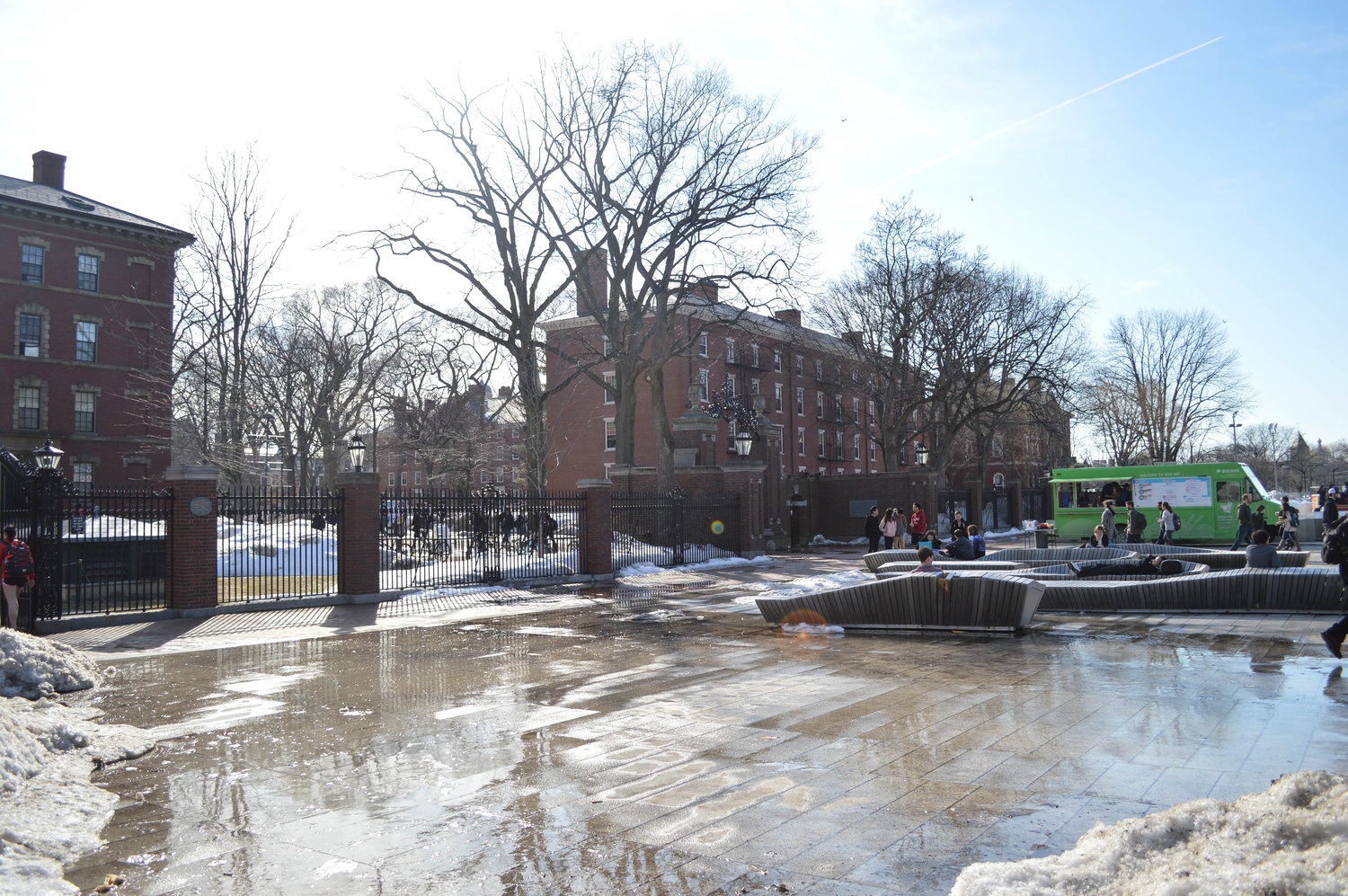 Typically held in Boston, the freshman formal for the Class of 2018 will be held in the Science Center Plaza following a banquet in Annenberg on April 29th this year. By Y. Kit Wu

Though security measures will be similar to last year, private hotel security will be replaced by the Harvard University Police Department and Securitas, according to Steele.

Tickets for the event will cost $25 per person, a decrease from last year’s price of $30. According to Robertson and Garcia, several students have expressed curiosity as to why ticket prices are still so high, despite expected savings from the lack of fees for a hotel rental and transportation into Boston.

Still, Garcia and Robertson said expenses associated with hosting the event on campus abound. Costs include renting the dance floor; paying for HUPD and Securitas presence; hiring an electrician; food; decorations; and music, according to Garcia and Robertson. The tent alone cost about $2,500 to rent.

“A lot of money goes toward the deejay, who is from Kiss 108 and one of the most prominent deejays,” Robertson said, “which is expensive because he is bringing all his own AV equipment and lighting and music and everything.”

“One thing that was FYSC’s goal was to make the event as inexpensive as possible for everyone,” Steele said. “They don’t want anyone to feel like going to the formal is not possible for them, but there are these costs we have to deal with.”

Steele said the FYSC hopes ticket sales will break even with the costs of the formal. She said she hopes about 1,200 students will attend.

An earlier version of this article incorrectly stated that paying for CrimsonEMS presence was a cost for the freshman formal. In fact, CrimsonEMS is a volunteer, free service.