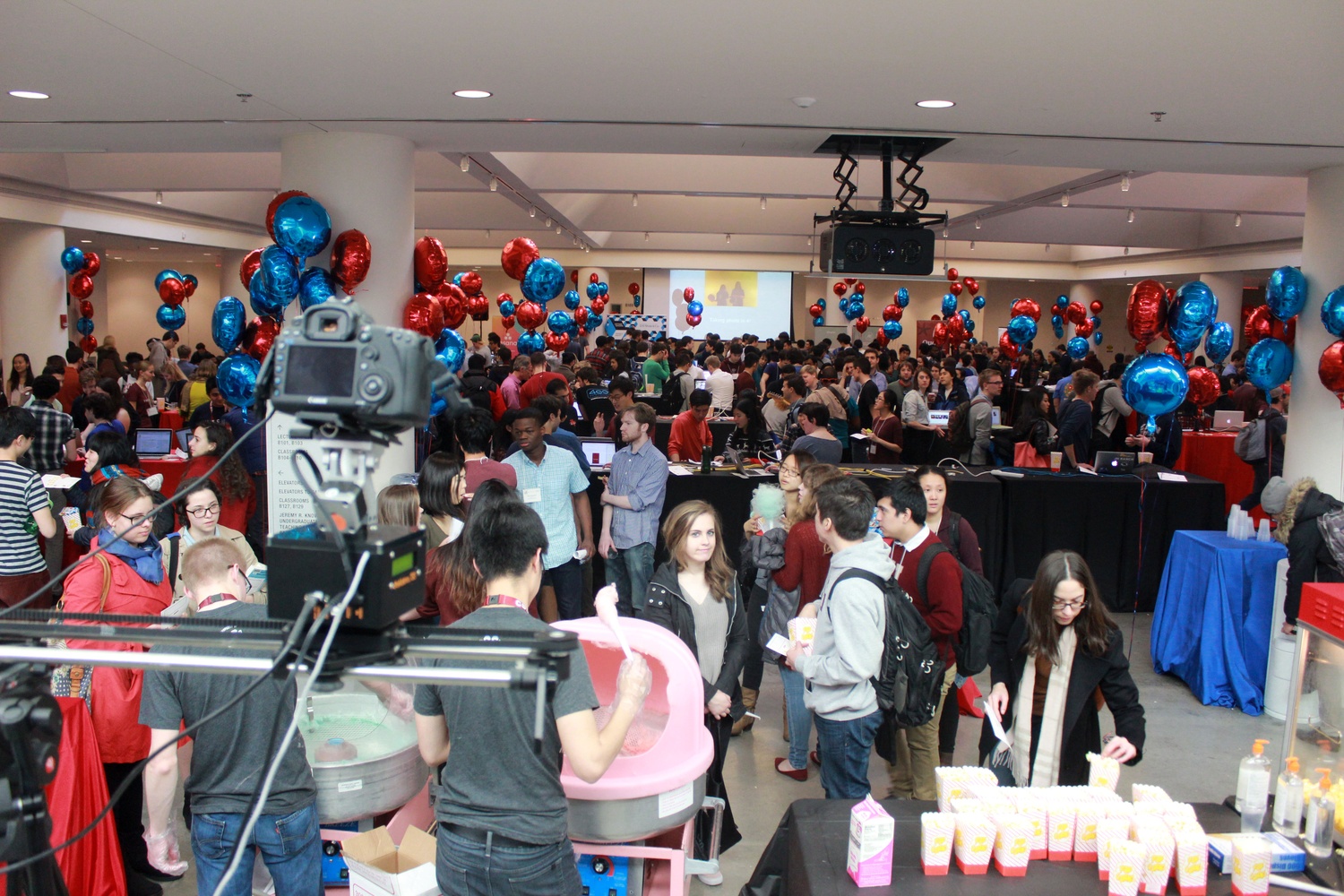 Students demonstrate their CS50 final projects at the annual class fair in 2015, the first year the course was taught concurrently at Yale. By Savannah I. Whaley
By Derek G. Xiao, Crimson Staff Writer

Computer Science 50: “Introduction to Computer Science I” debuted in New Haven in fall 2015 as Yale College’s largest class, though enrollment fell significantly the next year. The course at Yale, which follows the same structure as the one at Harvard, grades students by their work in nine problem sets, a take-home quiz, a take-home exam, and a final project. Both schools’ courses have identical syllabi and collaboration policies.

Yale professor and Executive Committee Chair Paul A. North, who did not respond to requests for comment, did not confirm whether any of the five code-copying cases came from Yale’s CS50 course. In total, the committee accused 24 Yale undergraduates of violating the college’s rules on academic integrity—dozens fewer cases than those arising from CS50 at Harvard alone.

The spate of academic dishonesty cases from Harvard's CS50 course has stretched the Honor Council to its limits, and it took the body an unusually long time to hear many of the cases.

Of the five students examined by Yale’s Executive Committee, two had their charges withdrawn, while two others were reprimanded; the fifth’s outcome was not detailed in the report.

In the committee’s 2016 report, North wrote it was difficult to adjudicate cases involving collaboration in coding classes.

“Today there are new kinds of knowledge and new standards for what constitutes learning, and these are sometimes in conflict with the strong stance on academic dishonesty that the university most often rightly takes,” North wrote in the report. “One example of this is classes on coding.”

He added that coding classes demanded students “collaborate in various complex ways,” and “in some instances there are very few different ways to write the code.”

“Although instructors construct elaborate and scrupulous guidelines for students on the nitty gritty of what they can and cannot do on each assignment, despite all that care, it is often such a complex task to read these guidelines, that the code to be written seems simple in comparison,” North wrote.

North wrote that coding classes like CS50 might require “a different kind of standard” to judge inappropriate collaboration.

Some CS50 student at Harvard have criticized the course's collaboration policy as too vague.

CS50 sums up its policy on academic integrity as “be reasonable,” though roughly 20 former students and course staff at Harvard said it was sometimes difficult to determine exactly what that meant.

Hirschhorn sent an email to Yale students reminding them of CS50’s media policy, which asks students to redirect media requests from “non-Yale-affiliated media (such as the Harvard Crimson)” to himself and Rebeschini.