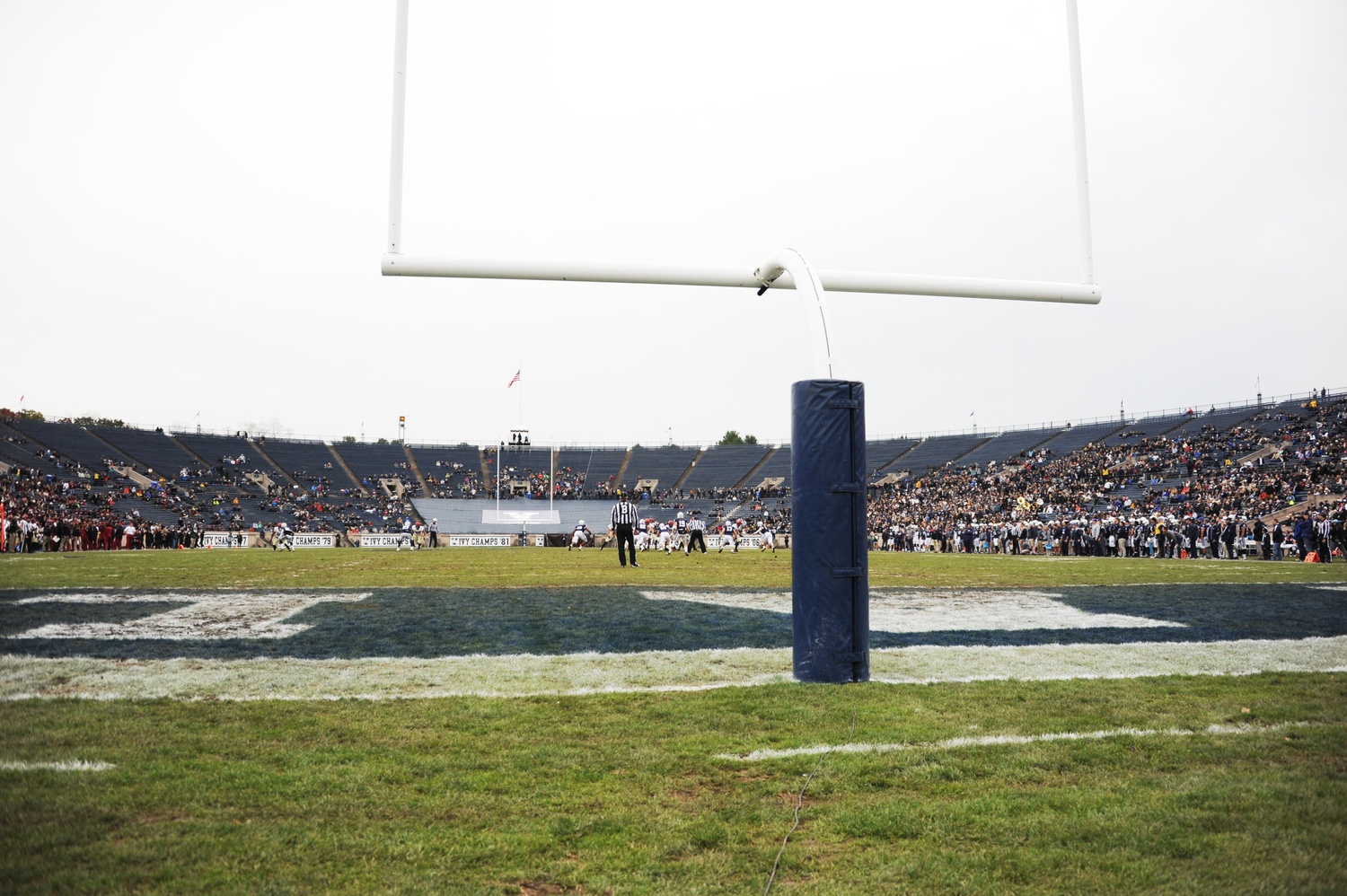 More than 700 students have signed a petition to keep the annual Harvard-Yale tailgate at Cumnock Field. By Derek G. Xiao
By Alexandra A. Chaidez, Crimson Staff Writer

More than 700 Harvard students and affiliates have signed a petition calling for the Harvard-Yale tailgate to be held in the athletics complex in the hours before The Game on Nov. 17, and not in a proposed space near Fenway Park.

When played in Cambridge, the annual football game has historically taken place in Harvard Stadium on the Boston side of the Charles River. In a break with tradition, however, the 135th Game between the Ivy League rivals will be played at Fenway Park in Boston due to ongoing restoration work on the more-than-century-old football stadium.

The “Save the Game 2018” petition calls on the Athletics Department to “not wholly relocate” the Harvard-Yale pregame celebrations to Fenway Park. Instead, the letter urges the department to preserve “an inclusive atmosphere of enthusiastic school spirit with student tailgates” by holding the tailgate at the athletic complex in Allston.

Christopher P. Ulian ’19, one of the authors of the petition, said he wanted to make sure administrators were aware of some students' displeasure over the suggested changes to Harvard-Yale this year. He said he and others met with staff members from the Athletics Department and the Dean of Students Office to discuss the situation prior to creating and circulating the petition.

“Harvard Yale is one of the most important events of the year for undergraduates at Harvard, so we wanted to make sure undergraduate voices were being heard,” Ulian wrote in an email Sunday.

The Athletic Department’s website states that Harvard plans to set up a "FanZone" near Fenway Park that will be open to the public and will include a space where guests can purchase food and beverages. In an interview last fall, Athletics Director Robert L. Scalise said the Athletics Department is hoping to increase attendance at The Game by holding tailgates near Fenway Park.

The petition warns that many students will instead choose to stay on campus or attend pregame festivities in small and “often exclusive” dorms and social clubs around campus, thereby decreasing overall undergraduate turnout for the Game.

The petition also says the proposed FanZone will “severely limit” the “socioeconomic accessibility” of the game because of the “expensive food and beverages” that will become students’ only option for snacks and refreshments at Fenway.

“As the College seeks to increase accessible social spaces and emphasize inclusivity, it seems like the Harvard-Yale tailgate represents an opportunity to demonstrate the administration’s commitment to that vision,” Ulian wrote.

Madison C. Thompson ’20 said she signed the petition because she said she wanted to preserve “one of the few days a year where people really buy into school spirit.”

Thompson said moving the pregame celebrations to Fenway would be “a deterring factor” for students who are unsure of attending.

“I personally wouldn't be too thrilled about trying to figure out my way through Fenway Park,” Thompson said. “I don't even know the streets around there; Boston is just confusing."

In an emailed statement Sunday, Scalise wrote that the Athletics Department will announce details for pregame activities “soon” after coordinating with the College’s Dean of Students Office.

The College’s Dean of Students Office is currently in the process of hiring a graduate student to plan a campus-based “watch party” for undergraduates who choose not to make the trek from Harvard to Fenway Park, according to a job posting on the Student Employment Office database.

“As always, our goal is for students, alumni and fans to have a fun and safe experience,” Scalise wrote. “We are working closely with the Dean of Students Office to determine the feasibility of an on-campus event for students to gather and socialize together before the game, and we hope to have details to announce soon.”

Some students are less than impressed with administrative efforts so far.

“There's been so much changing this school year with getting rid of Harvard Time, the new schedule, everything like that, it just seems like they are kind of uprooting a lot of things that Harvard students have really enjoyed and it seems asinine in my opinion," Thompson added.