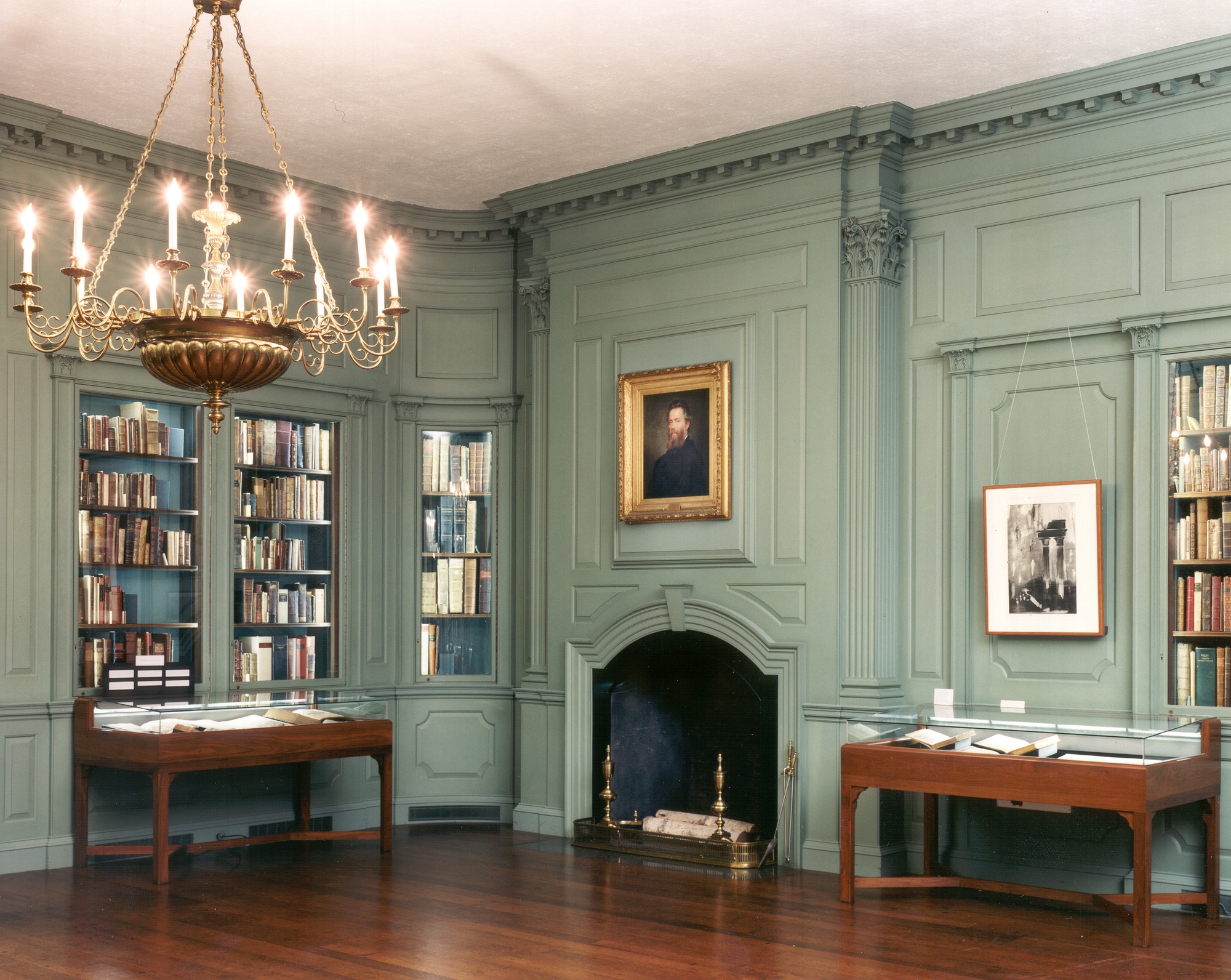 In December 2015, a band of Houghton librarians called Yellow Sub-Basement performed in the Edison and Newman Room in Houghton Library. By Courtesy of Wikimedia Commons
Advertisement
Advertisement

The Yellow Sub-Basement in Houghton Library

6 Houghton librarians + a little bit of musical training = the best Beatles cover band of all time.
By Andrew Price and Kai R. McNamee

The Edison and Newman Room, Houghton Library’s main exhibition space, usually resembles a 17th-century sitting room — the walls are robin-egg blue, gold chandeliers hang from the high ceilings, and a framed portrait of a regal-looking man sits above a fireplace. But for Rachel Howarth’s goodbye party in December 2015, the room was adorned with donkey piñatas and holiday decorations. And among the festivities were six librarians who, in their white button-down shirts and black bowties, could be easily confused for waiters. But that night, they were neither waiters nor librarians — they were The Beatles.

Emilie Hardman, a Houghton librarian, had gathered a band of colleagues to give Howarth a surprise musical send-off. Michael Austin played the guitar, Micah Hoggatt the banjo, and Emily Walhout the viola da gamba. Heather G. Cole was on drums, but because they couldn’t bring a full drum set into the library, that meant “a snare placed on a stool,” as Cole recalls in an email. James M. Capobianco ’99, a classically-trained tenor, was lead vocalist, singing a parody of “Penny Lane” with new lyrics about their departing friend. Hardman, who had written the lyrics, rocked a tambourine. Together, they formed the Yellow Sub-Basement.

The band distributed the new lyrics to attendees, hoping the audience would sing along. “I remember seeing Sarah Thomas, who is the president of the library system, singing along with us,” Hardman says, smiling.

Hardman got the idea for the performance from the Jewish Women’s Archive, where she worked before Houghton. “They had this tradition of performing some kind of song when people left, and when I left they did a rewrite of Cyndi Lauper’s ‘Time After Time’ for me and it was the most touching, lovely, bizarre thing that had ever happened to me in a work context,” she says. When it came time for Howarth’s goodbye, she suggested they adopt that tradition.

Yellow Sub-Basement, which performed only twice, was a sort of microcosm for Houghton itself: a group of librarians with distinct backgrounds and training but united by common interest. Austin, who has been a Houghton librarian for more than a decade, explained how obsessed Houghton librarians get: “There’s a hard-core knitting group there that’s very active, and they get deeply into it, they geek out over yarn, and some people like travel to Scotland and shear sheep. And there are a lot of people who are heavily into bookbinding and researching the book as art. And then there’s a contingent of musicians.”

Hardman and Cole had always wanted to start a library band. It was a natural project for the Committee for Fun and Good Wille, a lighthearted group they founded at the library to “[cook] up a lot of schemes.” According to Hardman, the extra ‘e’ gave it “a little Houghton flavor.” The only problem was that Cole didn’t play an instrument yet.

But there was a remedy: Ladies Rock Camp, a three-day intensive music camp in Boston. Cole attended it to learn the drums. She said the camp “is a great way for beginners to try something new, and go from newbie to performing in a live show in three days.”

With Cole’s newly acquired drum skills and with Howarth’s party approaching, Hardman saw an opportunity to finally start a Houghton band. “I grew up as a garage punk kid, and so we would always make a band, you’d make a band for any reason,” she said. “And I always thought the rare books library had all this great potential for bizarre band opportunities… so once she went to Ladies Rock Camp and learned drums I was like, ‘No, we really have to have a band.’”

But Yellow Sub-Basement wouldn’t play again until a year and a half later — this time to send off one of their own. Cole left Houghton to work at Brown University’s John Hay Library in May, 2017. At her goodbye party, Yellow Sub-Basement reunited to surprise Cole with a cover of “Lucy In The Sky With Diamonds.” Again, Hardman replaced the lyrics with ones about her departing friend. Because they were missing an integral member of the band, Cole, some of the other band members banged against instrument cases to recreate the sound of drums.

Since that last performance, Hardman has also left Houghton; she’s now two T stops away, running the special collections at MIT’s library. With a third of its original members no longer at Houghton, Yellow Sub-Basement hasn’t performed since Cole’s goodbye party.
“I don’t know if we’ll do something again,” Austin says. “I hope it doesn’t take somebody leaving our workplace before we do this again.”

At MIT, Hardman has discovered that Houghton isn’t the only library with a band. “MIT already has a band. It’s Dewey & the Decimals. And, legit, I have heard someone who was involved with the Velvet Underground is in it,” Hardman explains.

Brown’s library, on the other hand, doesn’t have a band — at least not yet. “Maybe someday,” Cole says wistfully.