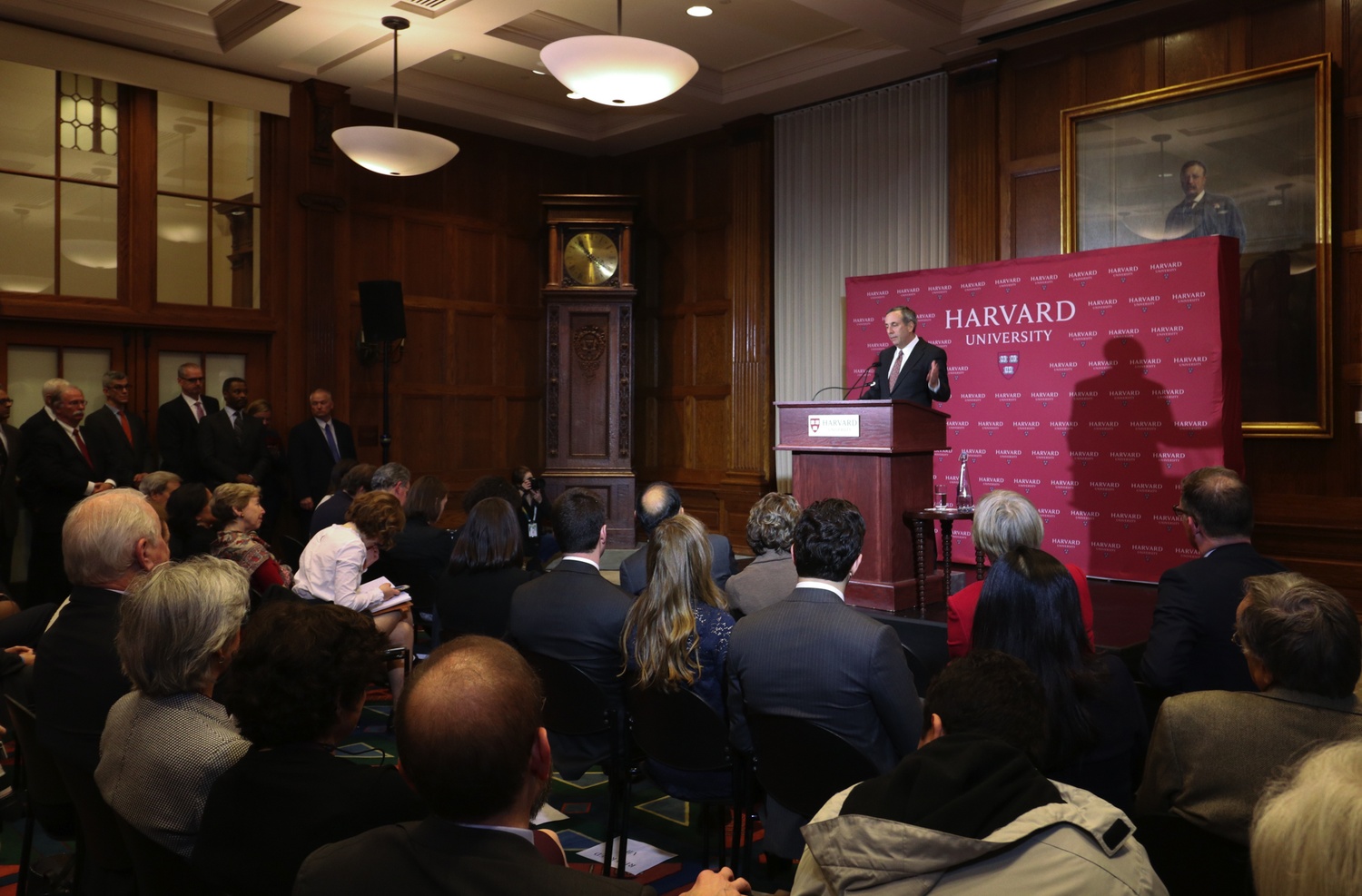 When the presidential search committee announced Harvard Corporation member Lawrence S. Bacow would be the University’s 29th leader, some students scurried straight to their computers.

“I guess my first reaction was, ‘I don’t know who this is. So I think I’m going to look into his background and what his vision is for Harvard,’” Katelyn X. Li ’21 said. “But then I just read the email—the mass email that was sent out to everyone—and I was like, ‘Oh. He looks qualified.’”

As news of Bacow’s selection spread Sunday and Monday via email, push alerts, and on Facebook and Twitter, students began to come to terms with the identity of the man who may shape Harvard’s destiny for the next decade. Some praised Bacow’s extensive experience in higher education and predicted he will be a successful president, others worried Bacow does not represent a sufficiently diverse choice, and still others questioned his switch from presidential searcher to candidate.

Some simply had no idea who he was.

At least 20 students passing through Annenberg Hall, the dining hall for College first-years, Monday evening said they had never heard of Bacow or had not heard enough to make any kind of judgement.

Like Li, Bilal Wurie ’21—approached exiting Annenberg—turned to the internet for help. “I looked him up on Wikipedia and it seems like he’s got pretty good credentials,” Wurie said.

“I was happy with the selection,” Howell said. “He seems qualified for the position.”

Even some who followed the search more closely said Bacow had not been on their radar.

“I still don’t know much about him. I was really paying attention to people who were out there in the Business School and the Law School,” Roshan Padaki ’20 said. “He just kind of came out of the Corporation.”

A Corporation member since 2011, Bacow began the presidential search as the ultimate insider: a member of the search committee itself, which initially comprised all 12 members of the Corporation and three members of the Board of Overseers. After some individuals consulted by the committee floated his name as a potential candidate, Bacow stepped down from his role as searcher to sit on the other side of the interview table in Dec. 2017, Corporation senior fellow and committee chair William F. Lee ’72 said at a press conference Sunday.

Bacow’s selection marks the first time in recent Harvard history that a University presidential search committee has picked one of its own for the top job. But he fails to break with tradition in another way—Bacow will be the 28th white man to sit in the president’s Massachusetts Hall office.

This apparent conformity with the past drew ire from some students Monday night.

“I think, honestly, who on the Harvard Corporation thought the solution to Harvard’s problems was to hire another white man named Larry?” Anselm Kizza-Besigye ’21 said. “As if that didn’t cause problems in the past.”

“I thought it was interesting that they chose a man after having Drew Faust as Harvard president,” Menon said.

Other students focused on the committee’s decision to look within its own ranks for Harvard’s 29th president.

“I read the email that they sent out and there was nothing particularly surprising or shocking about it,” Franklin S. Hang ’21 said. “He seems like a normal bureaucrat that I can trust in the coming years.”

Padaki said he thought Bacow’s selection was “fine” given he stepped down from the search committee two months ago.

Still, some said they found the nontraditional move surprising.

“I have been keeping track of the president selection for a long time, reading news from a variety of sources, especially The Crimson,” Raymond Song '21 said. “And it’s a little bit unexpected to find a person that’s actually from the search committee.”