‘Closer Than Together’ Rings Closer to Right for the Avett Brothers 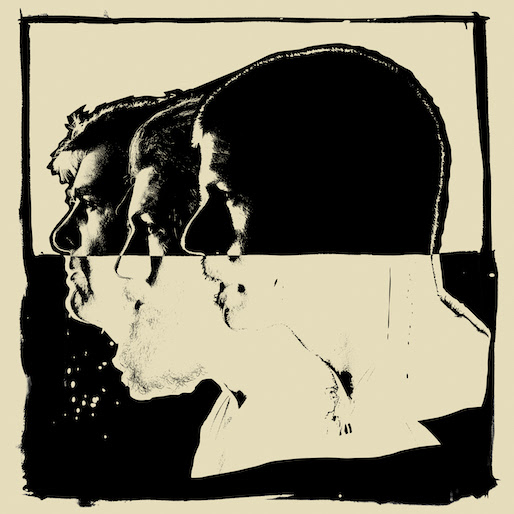 Album art for "Closer Than Together" by the Avett Brothers. By Courtesy of Avett Brothers/Republic
By Chloe E. W. Levine, Contributing Writer

In their new album “Closer Than Together,” the Avett Brothers answer a dare. Critic Allison Hussey described their recent work as “scrubbed of the rawness and grit that made the band so compelling in its early years.” “[Y]ou may begin to wish they’d get angry about something,” said critic Stephen M. Deusner. The band responded by releasing an inescapably Americana album, turning their signature self-reflection on its head to hold a mirror up to their listeners’ complicity in explicitly American injustice. Musically, lyrically, and culturally, the Avett Brothers’ tenth record at-bat sends their sound out of the roots music ballpark. It’s thrilling.

The first track, “Bleeding White,” begins with an easy-does-it electric bass solo before swirling into a distorted battle cry of drums, guitar, and edited vocals. Against the riotous orchestration, uncharacteristic for a band known for acoustic honesty, their eccentric lyrics (“Let’s thank God for merciful variety”) exude Panic! at the Disco-esque cynicism. By the first hints of heavy reverb in the second song, “Tell the Truth,” it’s strongly tempting to check to make sure “Closer Than Together” really is an Avett Brothers album.

And then, suddenly, the electric instruments spiral downwards and out of the track, leaving behind them an old-school string band and an imperative: “Tell the truth to yourself.” The intro is a stunt, perfectly timed to catch critics eager to continue their trend of criticizing the band for straying too far from its roots. The album’s goal of subverting expectations and sparking self-criticism crystallizes early.

Lyrics like “I live in the country because I love peace and quiet / But all of my neighbors have closets full of machine guns,” a blunt detail about the threats of gun culture in the condemnatory “Bang Bang,” go a step farther. It’s hard to imagine the track wasn’t titled in reference to the Jessie J, Ariana Grande, and Nicki Minaj power-pop hit of the same name. Such ubiquity of gun rhetoric and imagery as a stand-in for strength in popular culture, the Avett Brothers’s “Bang Bang” asserts, dangerously normalizes violence. “If you think there isn’t any connection between / All the violence you see in real life and what’s on the screen . . . you’re living in a fantasy,” the lyrics proclaim. “Long Story Short” touches on similar themes, adding a bitterly sarcastic reminder of congressional inaction on gun control: “No need to worry, I’m told we’re protected / By the men passing laws in the House and the Senate.”

Their accusations are similarly all-encompassing in “We Americans,” the six-minute gravitational center of “Closer Than Together,” a nonlinear musing on the legacy of American racism. “Seen vile prejudice both in the South and the North,” they confess over a brutally exposed solo acoustic guitar accompaniment, adding, “Laws may change, but we can’t erase the scars of a nation / Of children devalued and disavowed,” potentially a dual reference to slavery and Trump-era detainment of children on the border. Over and over, the Avett Brothers remind listeners that inequity remains, repeating “Blood on the table with the coffee and the sugar” three times to make certain they are heard. The lyrics sometimes retrace the same circles from verse to verse, but therein lies their effect. The singer struggles to find the right words to articulate such expansive injustice concisely.

For all their newfound lyric intensity, The Avett Brothers’s commitment to Americana is clear. “Who Will I Hold” is a classic, family-focused waltz, and “Long Story Short” a rambling Appalachian ballad. Fiddle licks dot the arrangements, and simple melodies complement familiar chord patterns. Still, in keeping with the lyrics’ questions about American identity, the music of “Closer Than Together” pushes outside of those bounds. Often it works. The lead single “High Steppin’” reads more rock than roots, but the undercurrent of a steady swung beat and piercing vocals make it infectious. The otherwise beautiful “We Americans” suffers from the inopportune drum crashes too obviously underscoring its lyrical climax. Sweeping strings play a similar role in “Bang Bang.” But these moments of overripe instrumentation aren’t fatal blows; they’re just missed opportunities.

More often than not, the album hits the mark. Even as it diverges from the Avett Brothers’ discography to date, its sound fits the band better. Amidst the bravado-slash-bravery of “Closer Than Together” is an admission that maybe the critics were right about its over-earnestness, its tendency towards moralism without provocation. “Closer Than Together” feels honest, not just honest-for-the-cameras. Perhaps this change is because the Avett Brothers are finally allowing themselves to be products of their time.

“At some point, [our] conversations grow melodies,” wrote Seth Avett in his mission statement for the album on Instagram. If roots music is defined by its authenticity, such organically sprouted songs should fit right in, no matter how they chafe at the edges of tradition.