With ‘Year of the Monkey,’ Patti Smith Captivatingly Revisits Her Dreams 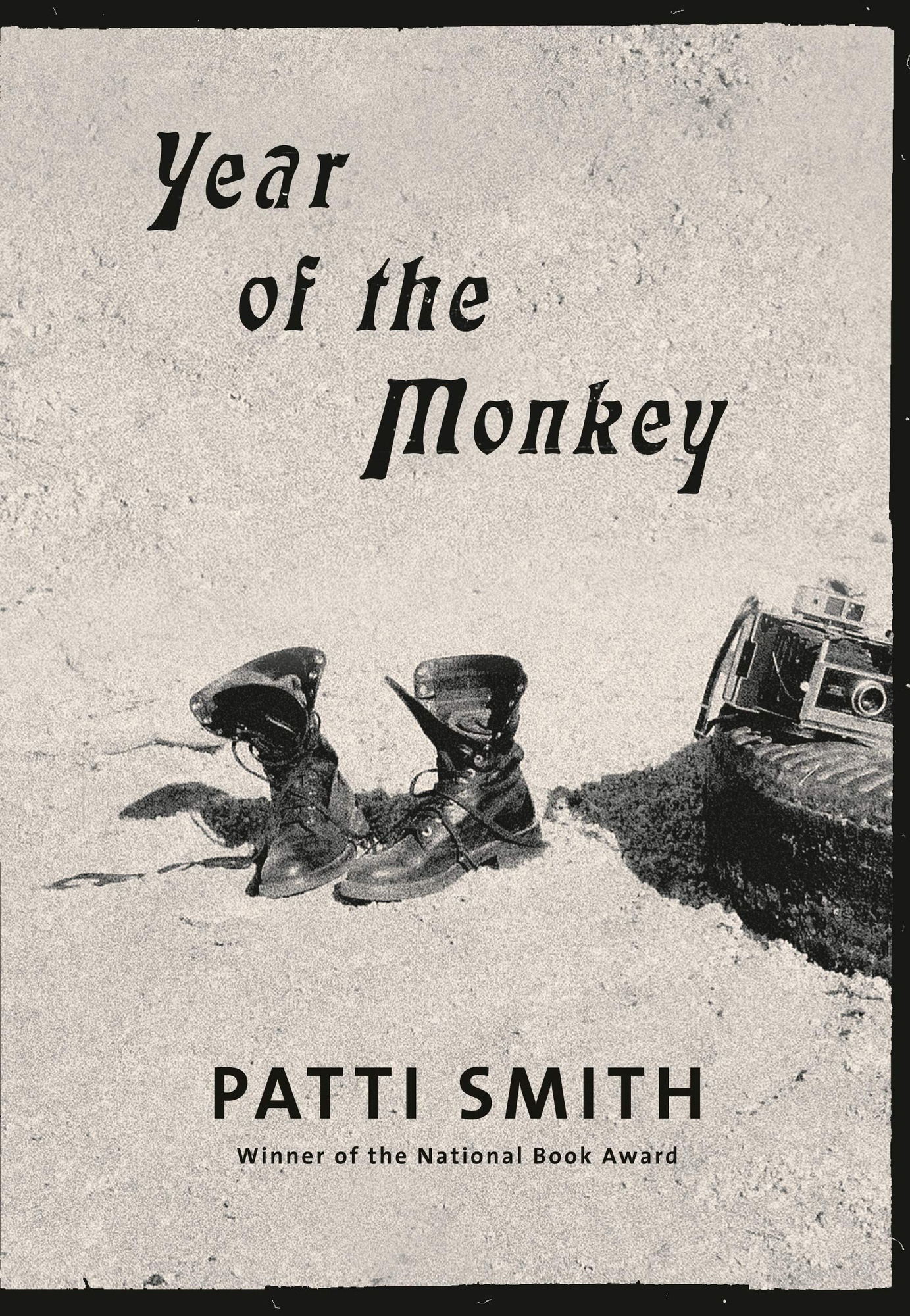 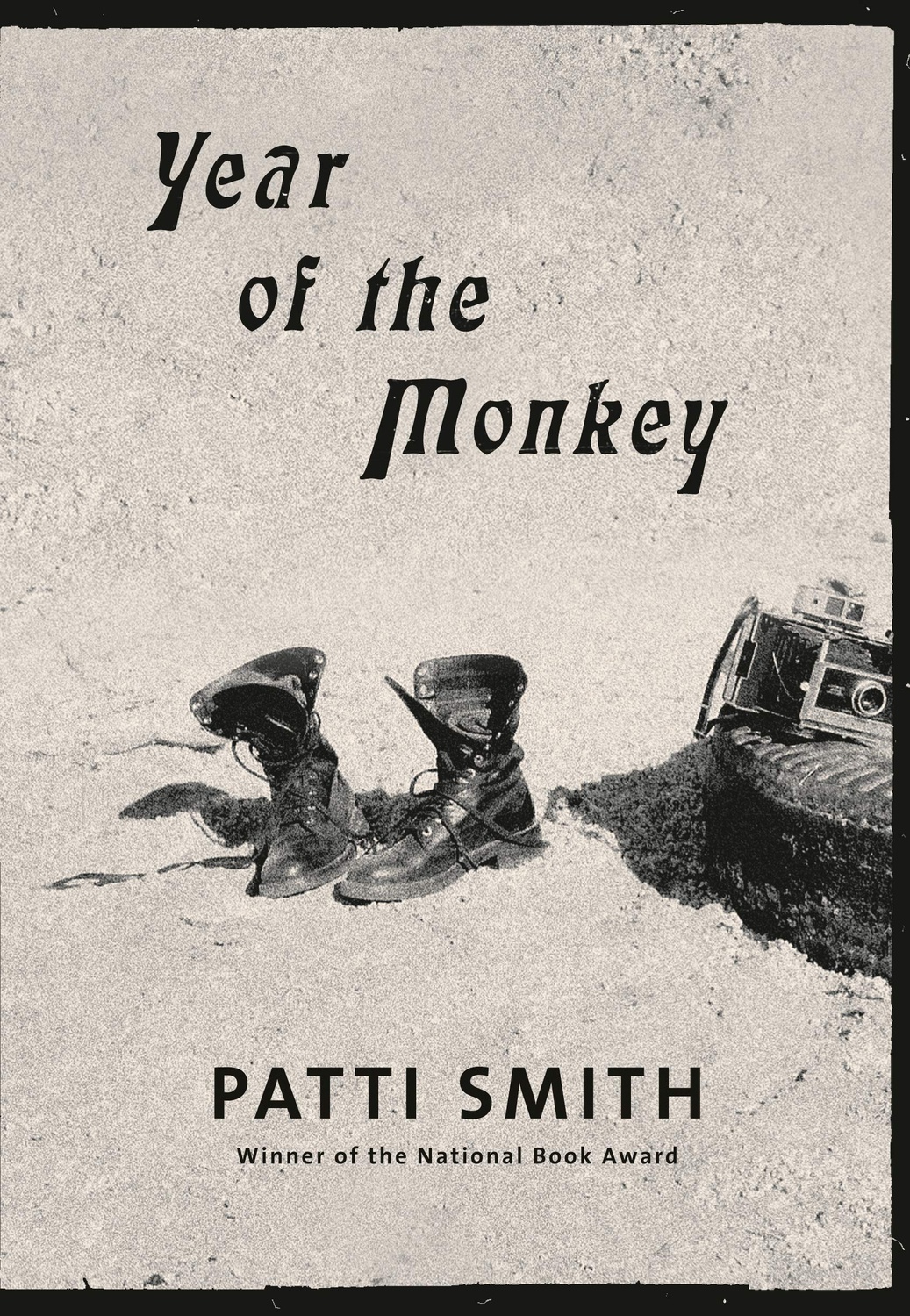 By Courtesy of Penguin Publishing Group

There is no real plot to “Year of the Monkey,” which is perhaps what makes it so delectable. Inherently poetic and gorgeous, punk poet Patti Smith’s new memoir stretches across the year 2016 as she takes several trips across the U.S. fueled by late night dreams, clouded reality, and treasured memories. With her exquisite language, Smith creates a work at once fascinated with and frightened of death, as she reflects on the events that follow the hospitalization and eventual death of her dear friend Sandy Pearlmen, a rock critic and fellow poet.

Smith travels across several states, starting first in Santa Cruz before shortly finding herself trampling in the Arizona desert, hitchhiking to San Francisco and even wandering around a Kentucky farm. These trips are all spontaneous swerves that prove enlightening for her and rich in description for the reader. Though there are time stamps and seasons mentioned, the work itself is never truly linear since Smith drops in and out of her own memories, floating between imagined scenarios and factual events all the time. She wryly acknowledges both the absurdity and power of her experience, writing, “The trouble with dreaming, I was thinking, is that one can be drawn into a mystery that is no mystery at all, occasioning absurd observations and discourse leading to not a single reality-based conclusion.” Yet her willingness to be led in and out of the different moments speaks to her overall theme of timelessness: Regardless of what era we are in, values and principles should never change.

In the section "Why Belinda Carlisle Matters,” Smith tells us about writing in a cafe in Seattle, but in the next moment she flies us to her small hometown in southern New Jersey where she reflects on the books she devoured in the local library as a precocious nine-year-old. Smith works best in these sprawling narrative shifts, because she so skillfully occupies the liminal spaces she creates — at once grounded in real feelings, but also filled with imaginary characters and distant memories.

In a work so entrenched in the passage of time and death, it is almost a relief that Smith never takes herself too seriously. She keeps the mood light with the ever present Dream Motel sign, Smith’s fixed image of a large sign to an inn in Santa Cruz, that seems to follow her wherever she goes, engaging her in conversation and challenging her thoughts. Like an omnipresent Dr. T. J. Eckelburg, it haunts Smith. Yet it strays from its predecessor with its cheeky remarks, and friendly banter.

Like many of her previous works, Smith draws upon a rich literary tradition. Her prose-poetry style invokes the drunken melodies of Charles Baudelaire’s “Les Fleur du Mal,” while her winding between reality and dream are most obviously a nod to Lewis Carroll’s “Alice in Wonderland.” Samuel Beckett’s absurdism is never really far behind either, especially in scenes where Smith re-encounters the potentially made up figure of Ernest, a fellow traveler and lover of literature.

The constant literary, artistic, and musical references are par for the course when it comes to Smith’s work, and in “Year of the Monkey,” they play an equally important role. Smith clearly does not put in these references for mere cultural capital, but rather to earnestly build upon the complex ideas she explores and bring in a myriad of aesthetics. When she sits on her hotel patio in Santa Cruz, waiting to hear news about Sandy’s condition, Smith finds herself “wrapped in a blanket like a convalescent in ‘The Magic Mountain.’’” Later, she feels the urgent need to leave the hotel premises lest she end up like the soldier from this same book “who goes up a hill and never comes down.” The Thomas Mann references perfectly encapsulate Smith’s desolate feelings and set the philosophical tone for the rest of her journey.

Ultimately, Smith’s layered images and indulgent phrases are all her own. Her writing oozes with excessive description. To Smith’s credit, this is never a bad thing considering how poetically she writes. While visiting Sandy at the ICU Smith finds herself “projecting constellations of words onto his white sheets, an endless jumble of phrases streaming from the mouths of miraculous totems lining an inaccessible horizon.” With this one sentence, Smith has rendered the entire process of thinking into a complex yet compact line, its pared down nature a testament to her deft manipulation of metaphorical language. It is also her strange fixation on strangers, her ability to make even the most mundane encounters an event which highlights her literary prowess.

For a book so focused on the real events that rocked 2016, most notably the U.S. elections (on which she reflects, “Election night I joined a gathering of good comrades and we watched the terrible soap opera called the American election unfold on a large-screen TV.”), Smith largely ignores the modern world, in particular the tech gadgets that come with it. Sure, there are mentions of cell phones and chargers here and there, but Smith regularly navigates life without her phone (it’s apparently always dead) and never seems to encounter people that are on them at all. With all the talking signs and reoccuring imaginary figures, it is this fact that seems most bizarre.

In the end, this is part of her most powerful observation: Human connection still exists and we have to fight to keep it alive. Smith insists that there exists a world where it is still normal for strangers to talk to one another or give each other rides, such that times might not have changed all that much. As much as this work is a sleepy trek through memories and random encounters, it carries an urgent message. The hate, death, and violence that Smith reflects on in her “A Kind of Epilogue” only exists when we let them get a grip on us — we have to be vigilant. Though “Year of the Monkey” at times seems to occupy a bygone era, it is a necessary reminder, as Smith so aptly puts it, that “the trouble with dreaming is that we eventually wake up.”