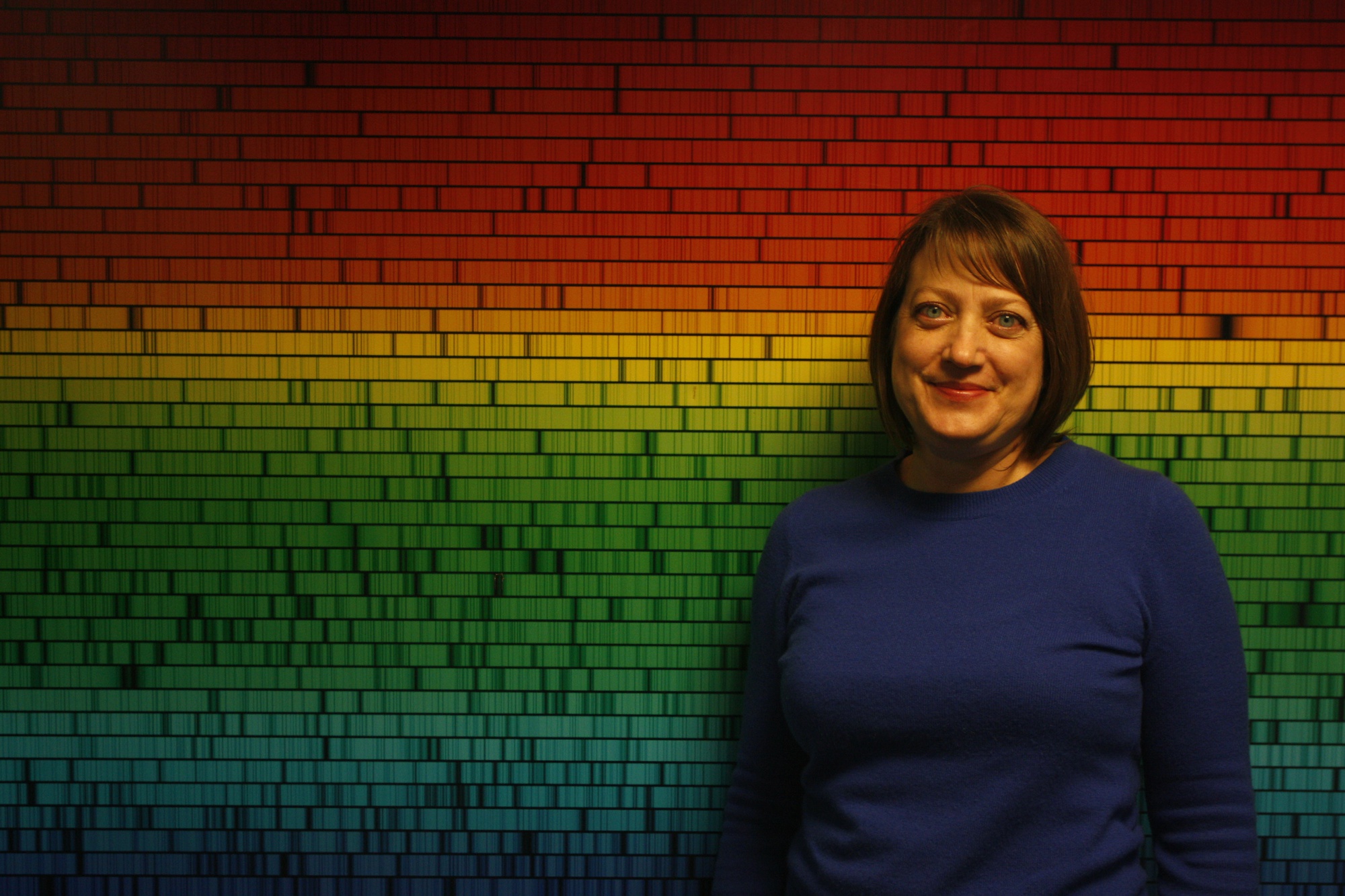 FM Talks to Jennifer Winters and Her Three Suns

Discovering a planet isn’t a celebratory feeling, exactly. Winters describes it as more of a deep, satisfying exhale after three months of challenging work.
By Benjamin X. Chang and Lily J. Cunningham

Growing up, Jennifer G. Winters did not dream of discovering solar systems, let alone studying astronomy. Raised in a musical family, she went to the University of Tennessee and pursued Piano and Musicology Studies before dropping out during her senior year. After years of odd jobs and traveling, she returned to school and graduated with a BS in Music Management at Georgia State University.

At Georgia State, she took a class that would change her life.

“I took an introductory astronomy class, and so the professor in that class ended up being my adviser,” she says. She vividly remembers a trip to Chile she took with that professor, Todd J. Henry, where she stayed on a mountain in “the middle of nowhere,” just looking through telescopes in the darkness. Even though she’d been interested in the night sky since she was young, she had never thought she could make a career “staring at the stars” until then.

That class ignited a passion that eventually culminated in her earning a Masters in Physics, a Ph.D. in Astronomy, and now, recognition for her discovery of three stars with an Earth-sized planet in their orbit.

After obtaining her doctoral degree, Winters was hand-picked by David B. Charbonneau, a professor of astronomy at Harvard, to do work at the Harvard Smithsonian Center for Astrophysics. Winters’s main research interest is looking at nearby low-mass stars, especially those which have “gravitationally bound companions.”

She gesticulates in the air to indicate celestial bodies as she talks about solar systems that have “two stars, three stars, or four or five stars” — the study of which comprises her academic work.

Her biggest breakthrough came in July of this year, when she published a paper in the Astronomical Journal outlining her discovery of an Earth-sized planet orbiting three stars.

Discovering a planet isn’t a celebratory feeling, exactly. Winters describes it as more of a deep, satisfying exhale after three months of challenging work.

“It was a really steep learning curve,” she says. Because she typically studies low-mass stars, Winters didn’t have much experience with planets, and on top of that, the software that she and her team used took five days to run a single calculation.

She was in charge of an international group of 42 other scientists who contributed to the paper. “So I had to herd everybody together and be like, I need this and I need this, I need this,” she says. “But it was really gratifying to get the good feedback that I had from everybody.”

The discovery of LTT 1445Ab — the admittedly unwieldy name of the newly identified planet — will allow astronomers to study its atmosphere when it passes in front of its stars. When the planet is backlit, scientists can discern what the atmosphere is made up of and, ultimately, whether the planet is habitable.

“We really want to find more planets like this. We’re not sure if there will be another one as accessible.” The probability of finding another planet like this, that passes in front of its star in astronomers’ line of sight, is one in thirty. “If that holds true, then we may not find another one that’s this close, that's this good,” she says.

Unfortunately for Star Wars fans, Winter predicts that LTT 1445Ab will not have the binary sunsets of Tatooine from “Star Wars” but rather one huge sun up close and two tiny suns barely visible to the eye far away.

Even when she isn’t discovering planets or doing research, Winters never stops thinking about the sky. One of her cats is, fittingly, named Stella. She loves to spend her time outside where she can see the sky clearly. In another life, she says she would have probably become interested in forestry and become a park ranger.

When reflecting on her connection to the Earth and the sky, she emphasizes how important it is to keep looking up. “Life is what we want to study. We want to find other life in any form,” she says. Discovering possibly habitable planets like LTT 1445Ab is the first step to finding out whether life exists elsewhere in the universe.

Winters is convinced. “There has to be.”