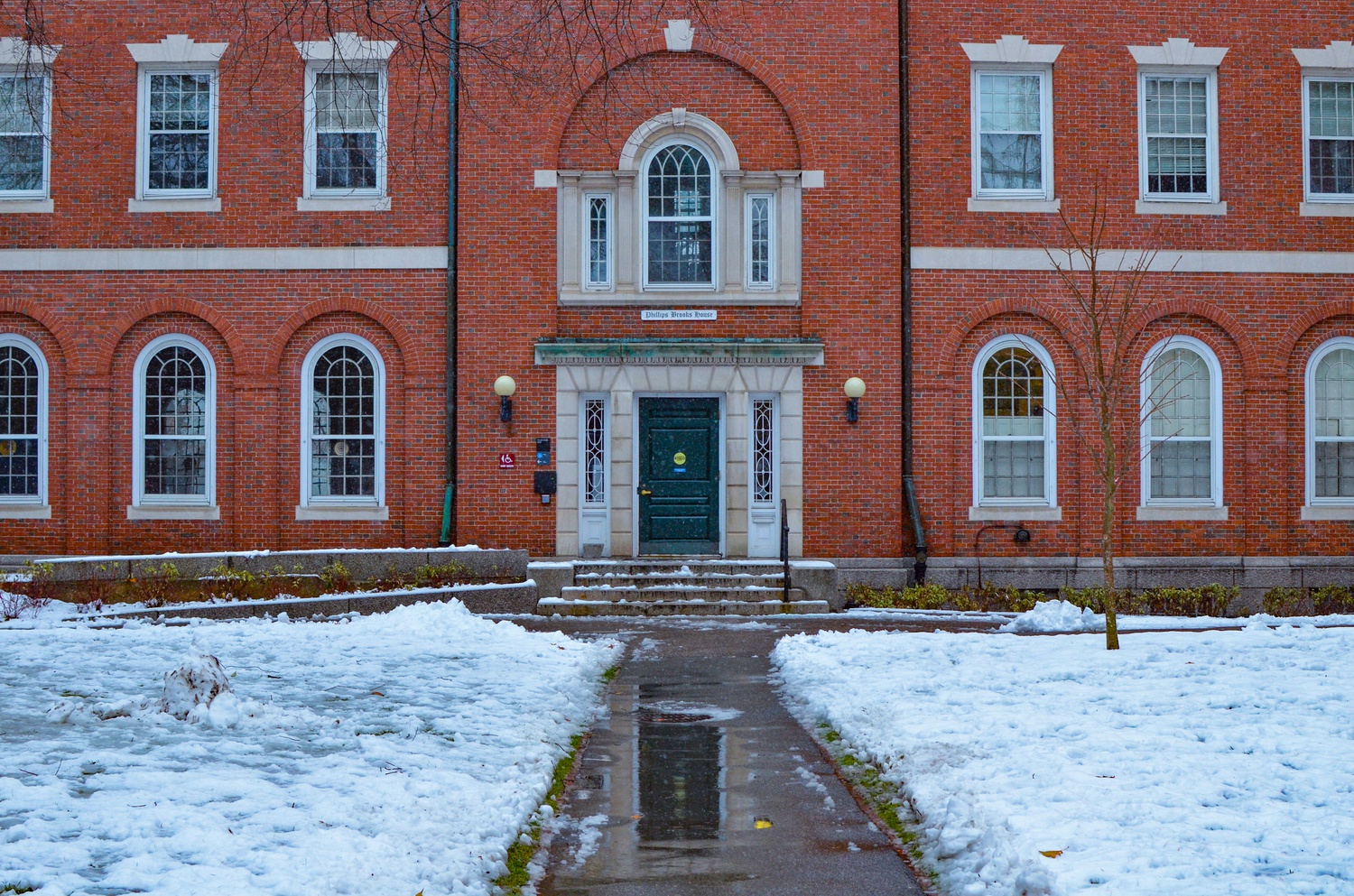 The Graduate Student Union begins its strike today, Dec. 3., after no final agreement was reached with University officials on a new contract. By Steve S. Li
By James S. Bikales and Ruoqi Zhang, Crimson Staff Writers

Harvard’s graduate student union began its strike Tuesday at midnight after more than a year of contract negotiations with the University.

The widely anticipated strike, announced by the union’s bargaining committee last month, followed months of negotiations during which the two parties failed to come to agreements on key provisions, including health care, compensation, and sexual harassment and discrimination grievance procedures. The strike will last indefinitely, according to a union Facebook post Monday evening.

“Harvard administration has failed to produce meaningful responses to our proposals for harassment and discrimination protections, comprehensive and affordable health care, and fair pay. Our indefinite strike begins at midnight tonight,” the union wrote in its post.

Union members – teaching fellows, course assistants, and graduate research assistants – can choose whether to participate in the strike. Striking HGSU members will halt their paid instructional work, including holding sections and office hours and grading assignments and exams, according to strike guidelines distributed by the union last week. Graduate research assistants on strike will withhold 20 hours of their paid research work not related to their academic program.

HGSU announced their Dec. 3 strike deadline last month, after voting members overwhelmingly approved strike authorization in a vote in late October. HGSU and the University have met for 28 bargaining sessions since October 2018. They have thus far reached tentative agreements on 12 contract provisions.

No additional bargaining sessions have been scheduled, according to University spokesperson Jonathan L. Swain.

Swain wrote in an emailed statement Monday morning that the University still believes that a strike is “unwarranted.”

“Student workers have [a] vital role in fulfilling Harvard's teaching and research mission, and with that in mind, the University is committed to addressing concerns that have been raised throughout this process,” Swain wrote. “A strike will neither clarify our respective positions nor will it resolve areas of disagreement.”

Swain and union representatives could not immediately be reached for comment early Tuesday morning.

During a bargaining session Monday, the union made substantial changes to its compensation and health care proposals but the two sides have not agreed to anything at this point.

Union negotiators also reduced their ask on minimum wage to $25 per hour or 5 percent above the current rate for all workers, a decrease from their previous call for $28 to $34 per hour depending on their academic discipline.

HGSU also changed its proposed threshold for members to be eligible for benefits. Previously, hourly workers who work roughly seven hours per week would receive health benefits, but the new threshold is set at “an average of 17.5 hours/week” in a semester.

“The University is reviewing [HGSU]-UAW's most recent counter proposal on compensation and benefits,” Swain wrote.

He added that there are currently no additional bargaining sessions set.

The University updated its proposal on harassment and nondiscrimination at Monday’s session, including expanding its list of available interim measures in cases where misconduct is alleged, according to a University website dedicated to contract negotiation.

Since the announcement of the strike authorization vote, University administrators have urged faculty to prepare for the possibility of a strike. Swain wrote that the university has developed contingency plans to ensure “as little disruption as possible” to exams and coursework. Guidance issued by the University has noted that striking student workers may not be paid.

HGSU has distributed picket sign-up forms in email updates to their members and urged striking members to spend at least 10 hours each week on the picket line. The union will also offer strike benefits if it lasts more than seven days and has set up a hardship fund to assist striking student workers impacted by the loss of pay.

HGSU members were asked to turn in all work materials, including grade books, papers, and all other materials for courses they teach, according to the union’s guidelines.

Several departments may delay grading or change final exam formats as a result of the strike, according to faculty members across the Faculty of Arts and Sciences.

HGSU members will continue their personal academic work for the duration of the strike, according to the guidelines. Picket lines outside of buildings are “porous” and strikers will not block people from entering buildings.

HGSU has distributed picket sign-up forms in email updates to their members and urged striking members to spend at least 10 hours each week on the picket line. The union will also offer strike benefits if it lasts more than seven days and has set up a hardship fund to assist striking student workers impacted by the loss of pay.

Ahead of the strike, HGSU has also picked up influential allies, including political leaders, alumni, and other campus unions. All 11 members of Massachusetts’ Congressional delegation sent a letter to University President Lawrence S. Bacow last month encouraging the University to “ensure fair treatment and strong workplace protections” for student workers. Forty-five alumni from the Class of 1969 also sent a letter supporting the union to top administrators.

“I stand in solidarity with the student workers at Harvard. All workers deserve respect, dignity, a living wage, access to adequate health care, and protection against harassment and discrimination,” Sanders said. “I urge the administration to bargain in good faith for a fair contract.”

Harvard Union of Clerical and Technical Workers, Harvard’s largest union, encouraged its members to support HGSU in a Nov. 27 email to its members. Though HUCTW workers must continue all of their regular responsibilities, they have been instructed to decline to do work that would “normally be done” by student workers.

“We encourage you to respectfully decline these types of requests, letting managers and faculty know that you do not feel comfortable doing the jobs of striking HGSU-UAW workers,” the email reads.

Roxana Rivera, vice president of custodial and security union 32BJ SEIU, wrote in an emailed statement that her union “stands with” student workers and that it is “unacceptable” that a contract has not yet been reached.

“As the richest University in the country, Harvard can afford to provide good jobs to all of its workers—jobs that take into account the skyrocketing cost-of-living in Boston and the specific concerns and needs of its employees,” Rivera wrote.