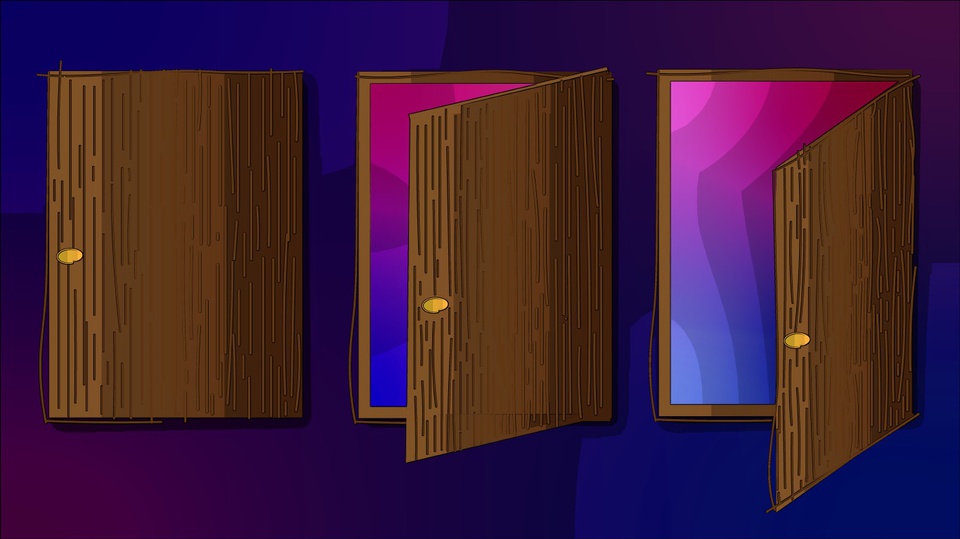 ‘I’m Bi, By The Way’: Coming Out Through The Years

It feels like my confidence just came out of the closet — trailing seven years behind my sexuality. Being bi isn’t only something I am, it’s something I love being.

“Can I ask you a question?” my mother inquired, peering at me across her at-home work station.

“Sure,” I replied, moving closer to her.

“Why do you feel the need to display your sexual orientation like that?” She gestured at my t-shirt — a cheesy redesign of the Best Buy logo with the words “Best Bi” over a bisexual flag. I rolled my eyes. What a stupid question. Why not?

My mother has come a long way since I first came out to her — or, more accurately, was outed to her. In my sophomore year of high school, I’d gotten in trouble for some reason I can’t recall. Whatever it was, it warranted my mother rummaging through my phone. Usually, I would have had the forethought to clear out anything unsavory before she checked it, but that day caught me by surprise.

It also happened to be the day I had asked the girl I liked out on a date — to no success — and the texts I had sent to my friend about the situation were still sitting at the top of my messages.

“Why would you ask out a girl?” Another stupid question. I might have been in the closet, but I was never exactly subtle. Unless you consider taking a girl as my date to the eighth grade dance “subtle.”

Unfortunately, my brashness was no match for my mother’s superpower of denial. So with a simple, “it’s just a phase,” she brushed me off. But I just couldn’t accept that. So every opportunity I got, I tried to bring it back up. It took two whole years of my not-so-passive aggression for her to finally address the situation again. I’m talking about putting on the episode of “What Would You Do?” where a kid comes out to his friends as bisexual just to show her all the bystanders defending him. I just wanted her to say something, anything — to acknowledge that she heard me and knew.

Finally, in my senior year of high school, she did. She sat me down and we finally told my dad. He took it surprisingly well for a man who once told me that the worst thing Obama ever did was legalize gay marriage — he said the “lifestyle” wasn’t for him, but he didn’t care what others chose for themselves. For the record, he still flinches when two gay people kiss on TV. So he’s not perfect, but he’s a work in progress.

As for my mom, she agreed to support me, even if she couldn’t understand me.

Though coming out to my mom was definitely my hardest experience, it was by no means my only. I first learned bisexuality was even an option in seventh grade. Before that point, I’d firmly believed that if I liked men, then that was all; any feelings I had for women could be chalked up to admiration. I vividly remember a conversation I had with a friend about how we were definitely straight, but that didn’t prevent us from acknowledging when a girl was pretty. We’re both bi now.

Even if I had known it deep down, it was going to take more than that to erase years of Sunday school lessons. If I had known, I would have hated myself.

That was the year I met the first openly bisexual girl I had ever encountered. We lived in the same neighborhood in our small, Bible-belt town, rode the same bus home, and eventually ended up in the same friend group – sitting at the back and chatting the entire way home each day. One day, she looked me in my eyes and asked me point-blank what my sexuality was. She was the first person to ever not assume I was straight, and I could no longer say with certainty that I was. So maybe I knew, or maybe I was just trying to impress her. But I said I was bisexual, coming out for the first time.

Luckily for me, the label fit. Knowing that I was allowed to be something other than straight allowed me to view all my “friend crushes” in a new light and figure out with certainty that I wasn’t. Sure, sometimes I’ve had the occasional crisis of “Am I actually straight but just don’t want to accept it because the types of boys I see in my immediate vicinity make me lose faith in all of them?” Sometimes I like to follow this crisis up with an “Am I a lesbian?” or an “Am I actually pansexual?” But I keep coming back to the same label each time, so I’m pretty sure of it now — mostly.

In the six or seven years since I started identifying as bisexual, I’ve come out more times than I can count. I grew up receiving reactions ranging from jaws dropping to desks scooting away. Almost as bad as the outright homophobes were the people who told me that I was okay because I wasn’t “flagrantly” gay. Even though I’d been figuring myself out for years, gaining confidence in who I was with each step, I found myself modifying how much I showed it outwardly depending on the people around me. What helped me through were the rare occasions, such as when I met my best friend, when I encountered an excited smile and the support of a “so am I!”

Since coming to college, I’ve sat at tables and reached points in a conversation where an explanatory “I’m bi, by the way” was necessary, and I’ve learned not to tense up and leave a pause — like I’m carrying an anvil ready to crush an unsuspecting accomplice with five little words. I’ve gone on a date with a guy where I had to do the same. Hardly anyone reacts at all. To the people around me now, it’s just another characteristic that makes up who I am, like my nose makes up part of my face. Being bi isn’t something that I have to do quietly.

I’m not timid anymore because I’ve seen the potential. I’ve seen people be loud and unapologetic about who they are like I never saw in my hometown. I don’t want to wind up my rainbow keychain as I walk down the street to avoid looks. I don’t want to fold the huge bi flag I bought into a drawer. I just want to proudly flaunt pride shirts with all the awful puns I can dream of on them.

It feels like my confidence just came out of the closet — trailing seven years behind my sexuality. Being bi isn’t only something I am, it’s something I love being. Just a couple months ago, my grandmother remarked to me over the phone about my cousin’s wedding, “You know he’s not marrying a woman, right?” I retorted, “You know I’m bi, right?” The woman started praying. Yet, instead of crying like I did all those years ago when my mom reacted badly, I started laughing.

I do care what my grandmother thinks — just not about my sexuality. What I cared about at that moment was showing her that her reaction wouldn’t faze me. My sexuality wasn’t going to be dependent on someone else’s acceptance. She must have sensed that too because, despite a remark about how “It’s everyone nowadays,” she eventually calmed down.

And while I’m grateful she accepted me, I didn’t need it.

This piece is part of The Crimson’s 2022 Pride Month special issue.