UC Endorses Petitions in Support of Cornel West and Against Statements by J. Mark Ramseyer

The Undergraduate Council voted to endorse a pair of statements during its Sunday night meeting — one supporting a petition to grant tenure to Professor of the Practice of Public Philosophy Cornel R. West ’74, and another to condemn statements made by Harvard Law professor J. Mark Ramseyer.

By Mayesha R. Soshi and Lucas J. Walsh 8 days ago

The Undergraduate Council endorsed a statement calling on all Ivy League institutions to divest from fossil fuels at a Sunday meeting.

The Undergraduate Council voted to return its summer storage program and to petition for the removal of the Harvard Counseling and Mental Health Services’ recent $25 fee for last-minute cancellations and missed appointments on Sunday.

The Undergraduate Council passed legislation to release a statement in favor of the abolishment of Harvard's add-drop period course change fee during a Sunday meeting.

Harvard’s Undergraduate Council faced censure over the past month for its poor handling of Wintersession funds, the dispersal of which students say was marred by delays and privacy failures.

UC Decreases the Career Opportunity Fund Due to High Demand

Harvard’s Undergraduate Council reduced the maximum allocation per student under its Career Opportunity Fund to $200 due to higher demand from students than anticipated, according to a UC Finance Committee statement.

‘Far Removed from the Norm’: A Glimpse into How Harvard’s Performing Arts Groups Adapted to A Remote Semester

Over the spring, performing arts groups were forced to make due with producing content over Zoom, with many canceling their concerts, performances, and recitals. Harvard’s announcement that it would continue a virtual learning format for fall 2020 dealt another blow to their plans.

23andMe CEO Anne E. Wojcicki explained her view of the genetics company’s role in the changing world of healthcare and her beliefs on information privacy and consumer choice in a Tuesday webinar hosted by Harvard’s Radcliffe Institute for Advanced Studies.

Prison reform activists argued in favor of high-quality education in prisons at a webinar Thursday held by the Harvard Radcliffe Institute.

LaTosha Brown, the co-founder of an organization encouraging Black Americans to vote to enact social justice, discussed the dangers and sources of voter suppression at a panel discussion Monday. 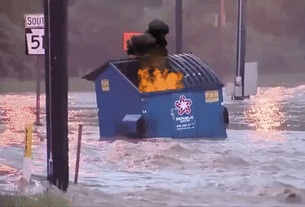 Unwell Ways to Spend Your Next Wellness Day 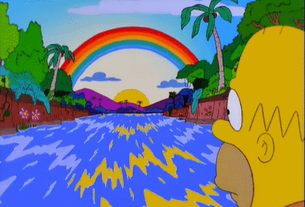 How You Should Spend Your Wellness Day