Nine Years Ago, My Chemical Romance Predicted the Future on ‘Danger Days’ 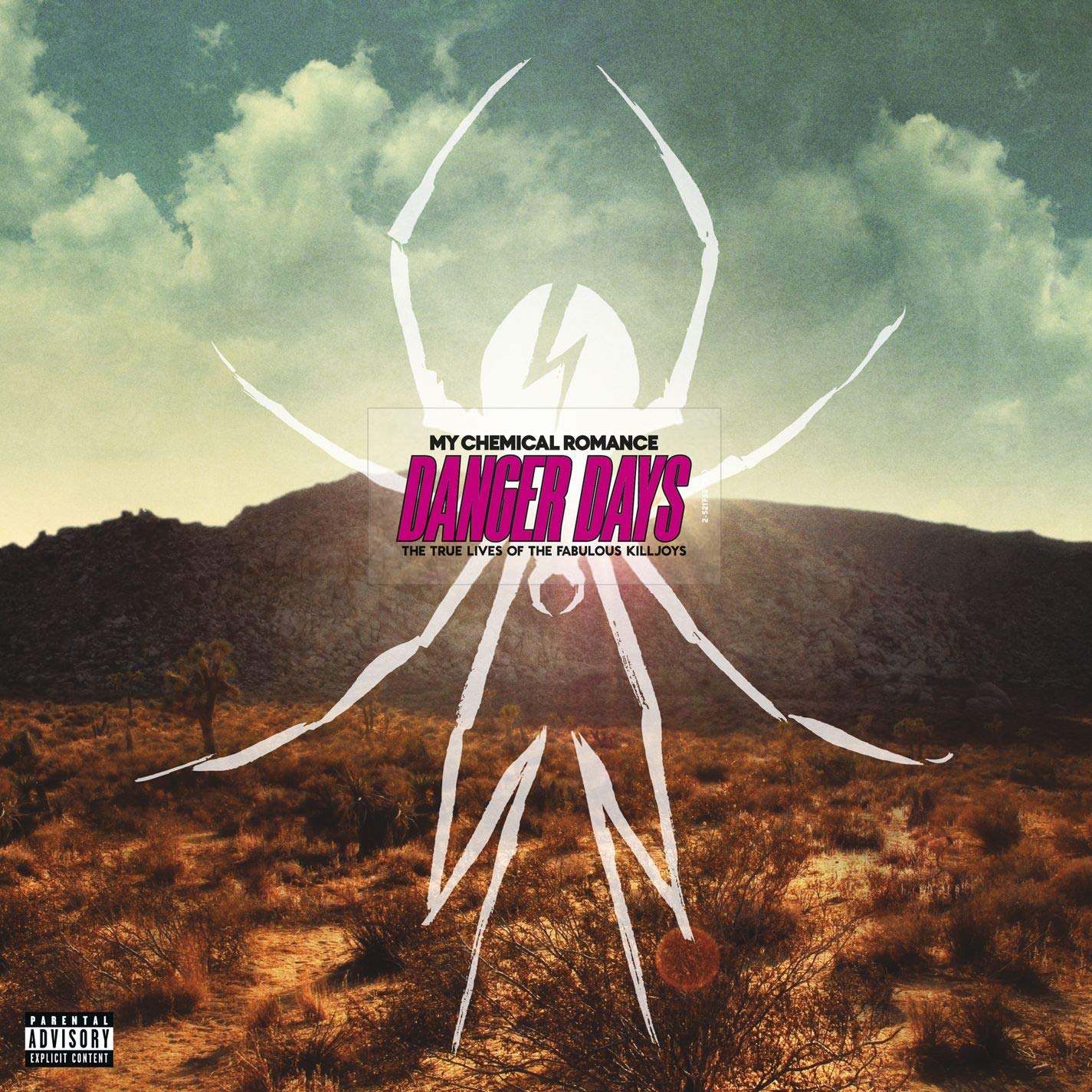 Remember My Chemical Romance? Is your go-to holiday jam their cover of “All I Want for Christmas Is You”? Does the faintest echo of a high G on the piano activate a primal urge to belt the lyrics to “Welcome to the Black Parade”? Did you once consider frontman Gerard Way’s flaming red hair the height of fashion? Do you like D&D, Audrey Hepburn, Fangoria, Harry Houdini, and croquet? If you answered “yes” to any of these questions, you may be entitled to compensation for the emotional distress their 2013 breakup inevitably caused you.

Many MCR enthusiasts will find solace in the upcoming ninth anniversary of the release of “Danger Days: The True Lives of the Fabulous Killjoys,” the band’s final studio album. After the success of their 2006 rock opera “The Black Parade,” Way and his bandmates swapped their trademark marching band uniforms for futuristic motorbikes and neon ray guns. Their sound also changed as they channeled the dramatic flamboyance of their early days into focused, energetic bursts of power pop.

This anniversary’s significance lies in the album’s rich lore: Like its predecessor, “Danger Days” adheres to an intricate narrative. Its 15 tracks tell the story of four renegades — the titular “Killjoys,” portrayed by the band members in the accompanying music videos — who use art to oppose an authoritarian government in a post-apocalyptic desert wasteland with the help of a mysterious orphan known as the “Girl.” The setting of their imagined dystopia? California, 2019.

With the year of “Danger Days” finally upon us, the anniversary of its release invites comparison between its reality and ours. The album’s promotional materials, including simulated propaganda posters and news broadcasts, reveal state-enforced conformity and global warming as the causes of the Killjoys’ rebellion and their dismal surroundings. Although government agents in vampire masks aren’t chasing musicians through pools of acid rain (yet), the uncanny similarities to our 2019 are hard to miss. Inequality and discrimination persist, fueled by those who view our differences as a danger to their tenuous hold on power. Climate change threatens to destroy the world that has sustained life for millennia. Dogmatism and ignorance call truth itself into question.

And, just like their “Danger Days” counterparts, artists continue to confront these injustices in their work. The album opens with a fictional radio announcement by underground DJ Dr. Death Defying, who urges his listeners to “do it now and do it loud!” over a spirited guitar riff that leads into the first single, “Na Na Na.” The accompanying music video depicts the Killjoys’ life on the run from their enemies, literal corporate warriors in sleek tailored suits and mind-controlling masks. The Killjoys hurtle through the California desert at breakneck speed in a decked-out Trans Am, reveling in stolen weapons, salvaged cans of dog food, and — most importantly — music. As the Killjoys prepare for a decisive confrontation, the Girl holds up a stereo. Even though the encounter ends in the Killjoys’ defeat and the Girl’s capture, the lyrics’ menacing defiance shows that the fight is far from over: “Make no apology / It’s death or victory / On my authority.”

The Killjoys’ story continues in “SING,” a brazen anthem to music’s potential as an agent of rebellion. Over swirling synths and propulsive percussion, Way embarks on an impassioned diatribe against “Cleaned-up corporation progress,” asking his audience to “raise your voice / Every single time they try and shut your mouth.” In the video for “SING,” the Killjoys meet their end while trying to smuggle the Girl to safety. In the wake of her protectors’ deaths, the Girl escapes determined to carry on their legacy, representing the inexhaustible endurance of art.

“Danger Days”’s political undertones, though prominent, coexist alongside moments of extraordinary tenderness and nostalgia. My Chemical Romance never let listeners forget that the Killjoys’ fight for social upheaval stemmed from love, not spite. Unlike the dreamy sentimentality of most pop ballads, a sense of urgency hovers over the album’s love songs. “Is this our destiny? This world is after me, after you,” Way sings on “Bulletproof Heart,” an uptempo track that grows out of an unassuming keyboard motif into an arena-worthy cry for freedom. “Run away like it was yesterday,” he urges in the chorus. “Summertime,” whose ingenuously simple guitar intro elicits surprising melancholy, also explores the concept of love as a motive for escape. “How long until we find our way / In the dark and out of harm?” Way asks. “You can run away with me anytime you want.” On “The Only Hope for Me Is You,” he marvels at love’s ability to inspire courage in the face of adversity, while “The Kids from Yesterday” is a wistful reflection on youth.

Most of all, the Killjoys never let their revolutionary fervor get in the way of having fun. The spoken Japanese intro to “Party Poison” summarizes their carpe-diem mindset: “Life is short / And there are many dangers on the road we travel / So let’s dance!” Whether or not you plan on dancing, the unbridled energy of the album’s faster tracks — “Party Poison,” “Na Na Na,” and “Planetary (GO!)” among them — will have you on your feet in no time.

As 2019 draws to a close, it’s time to make sure that our future is better than the Killjoys’ present. It’s time to follow their lead and harness art as a weapon against evil. In the words of Dr. Death Defying, it’s time to do it now and do it loud. Killjoys, make some noise.