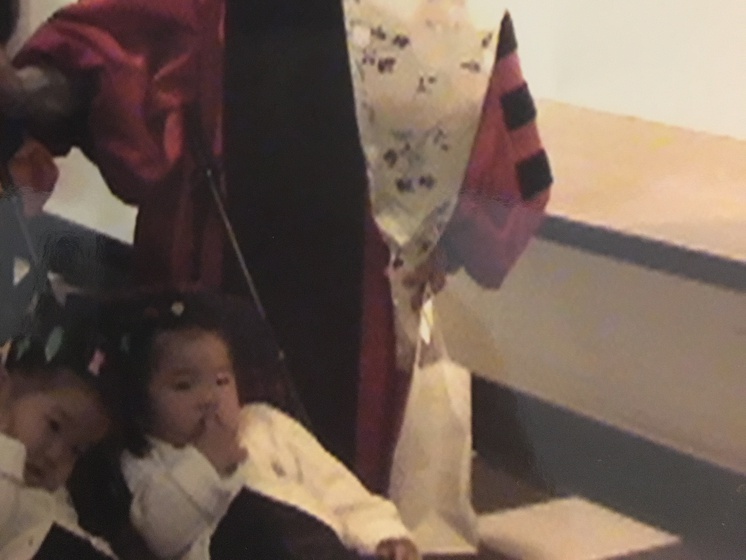 Harvard in My Mind

I’d be lying if I said I didn’t imagine, pre-admission, what it’d be like. Racing to class, skipping a stone across the Charles, trudging up a narrow stairwell as the sun spilled over treetops. On some nights, after I finish my homework or exit a Zoom call, I still do. Now, in my childhood home, I still imagine what it would be like to be where you are, to breathe your city’s air. To see you.

I started writing this letter as a tribute to all the things that ended before they had a chance to begin. Sweater-clad at 1 a.m., absorbed in my post-midnight angst, I opened my laptop and began:

This is for the water bottles never dropped in Widener, the all-nighters never pulled in the sallow fluorescence of Lamont. This is for mystery HUDS meat and Mike’s cannolis, for aimless philosophizing along the Charles and the hushed magic of a Yard sugared in snow. All the ordinary moments that never came to pass.

When I tell people I’ve never stepped foot on campus as an enrolled student, they react with a range of understandable emotions — pity, outrage, disbelief. My high school self would have been speechless, too. I would have been incensed at the thought of spending what was supposed to be one of the most formative years of my life in the sleepy suburbs of northern Illinois.

There was nothing obscure about the way I envisioned the start of college. I imagined everything with painstaking clarity and an unwavering sense of purpose. The days and weeks following my admission were euphoric — I thought about you incessantly.

I knew writing would be an important part of my life in college. I imagined going through drafts at Darwin’s, gazing off into the haze of a rainy October morning. When it came to concentrations, I vacillated between English and History & Literature. I thought I knew exactly what I wanted to do, who I wanted to become, and how I’d go about doing it.

Then came March. Things changed — slowly at first, then all at once.

The vision for college I had rehearsed countless times over dissipated, lost its shape. It’s not that my plans were no longer valuable. They were just incompatible with my new reality.

I should preface all this by confessing I’ve visited you before. In fact, I was born a few miles from you.

The night my parents brought me and my twin back home from Beth Israel Deaconess Medical Center, the car almost got snowed in. Imagine: a raging blizzard, two newborns cradled in the nook of my mom’s arms, my dad juggling tupperware and creased blankets as he fumbled with the iced-shut doors of a Honda Explorer.

Somehow, they managed to bring us back home. But I’m sure that complex feeling — of immense exhaustion, of holding something so valuable while clawing open a closed door — lingered well past that January storm.

When my twin, my older sister, and I fell asleep that night, my parents’ real work began. I imagine them bleary-eyed as the night darkened into cobalt, exhausted from being graduate students on top of raising kids. My mom starting a new chapter of her dissertation while stifling a yawn, the word processor bathing her face in a bluish glow. My dad poring over court cases, underlining furiously, his leatherbound English dictionary an arm’s length away.

Surrounding all of this was you. You were always there, a permanent fixture. If there were days my parents forgot, it’s precisely because you were ubiquitous — in the air I breathed, the buildings I touched, the lawns I learned to crawl on. I don’t remember it, but there you were, at the beginning of my life.

Throughout my childhood, we visited from time to time. I remember you in glimpsed fragments: My parents’ apartment on Prentiss Street. The Chinese restaurant across from the Law School. The winding roads, so different from the orderly highways of Illinois. How I’d lean against the cool window of the rental car, nodding off as I gazed at the fast-moving Charles.

Then came high school. We visited a few weeks after I sent in my application. Why we thought that was a good idea, I still don’t understand. I remember overhearing students commiserate over “Gen Eds” as I weaved through book shelves at The Coop. I remember tiptoeing through an eerily silent Law School library, whispering with my dad (to the annoyance of exam-period 1L’s) as we tried to translate the Latin phrase inscribed on the ceiling. I remember people-watching while sipping a hot chocolate at Burdick: He’s pre-law, she’s comp sci, they’re definitely dating.

I’d be lying if I said I didn’t imagine, pre-admission, what it’d be like. Racing to class, skipping a stone across the Charles, trudging up a narrow stairwell as the sun spilled over treetops.

On some nights, after I finish my homework or exit a Zoom call, I still do. Now, in my childhood home, I still imagine what it would be like to be where you are, to breathe your city’s air. To see you.

The other day, I went through old photos with my dad.

We crouched in the basement and sifted through the past: My mom smiling in her red cap and gown. My dad dwarfed by the crashing Massachusetts surf. My parents holding me and my twin sister, their youthful faces animated against a backdrop of shelves — books, court cases, discarded theses. I gawked at the disheveled mess. My dad shrugged, chuckled. “It was the graduate student life,” he said, gazing down at that lapsed moment in time.

Had this been a normal year, I would have embarked on a new beginning alongside new people, new buildings, a new city. It was strange — surreal, almost — to still be in the place I’d called home for over a decade. Here I was with my father, mulling our path from Boston to Chicago over easy silence.

After a while, we forgot what we were looking for. The fading sunlight cast purple shadows on our hands. Between us, there was everything and nothing to say.

I started writing this letter to mourn the first year of college I had lost. But inevitably, that gave way to what this letter always was: an account of everything that remained with me as the world turned away. My family. My love of words. My conviction that this, too, would eventually meet its end. That one day, the world would open — gingerly at first, as though afraid of peeling open a scabbed wound. And we’d start to remember every ordinary and exceedingly good thing: walking barefoot on the beach, sitting in cafes beside strangers, reveling in that hushed thrill as the theater lights start to dim.

Someday, I’ll arrive at your doorstep. I’ll heave my luggage into one of your cramped dorms. I’ll follow my parents to their favorite spots, see if this shop is still there and that restaurant is still open. I’ll order mint chocolate chip ice cream at J.P. Licks. My parents will insist they pay because they’ll be leaving soon, and then we’ll become unbearably sentimental as our ice cream puddles into soup.

We’ll explore the Law School library, just like we did before. Before Covid-19. Before my admission. Before everything ended and began, rudely and astoundingly and all at once. Before — I’m not sure if there’s a more fraught word in the world. At least, not anymore.

Heads tilted toward the towering columns, we’ll forget about parting for a moment. I’ll ask my dad if he remembers the Latin we couldn’t translate on the ceiling.

I’m going to be devastated when they leave. I’ll wander along the river, wallow in broody indie music, stay up too late with friends to distract from my grief. But eventually, that ache will dissipate. I’ll grow busy. I’ll call home. I’ll calibrate to what’s ahead.

People say life happens when we’re not paying attention. I think that’s the one cliché I throw my weight behind. Because it’s true — the moment I don’t think to look, everything starts to change.

It’ll happen when I least suspect it. I’ll be racing to class or snapping a photo or frantically skimming a book in the Yard. I’ll turn my head, and you’ll be there. You’ll be there in all your entirety — your throngs of students and storied corridors, the bleak beauty of your midwinters. The gray swell of the river. The imperceptible hum of thousands of searching minds. As you coalesce, what I had taken for granted so long ago will dawn on me in an irreversible way: